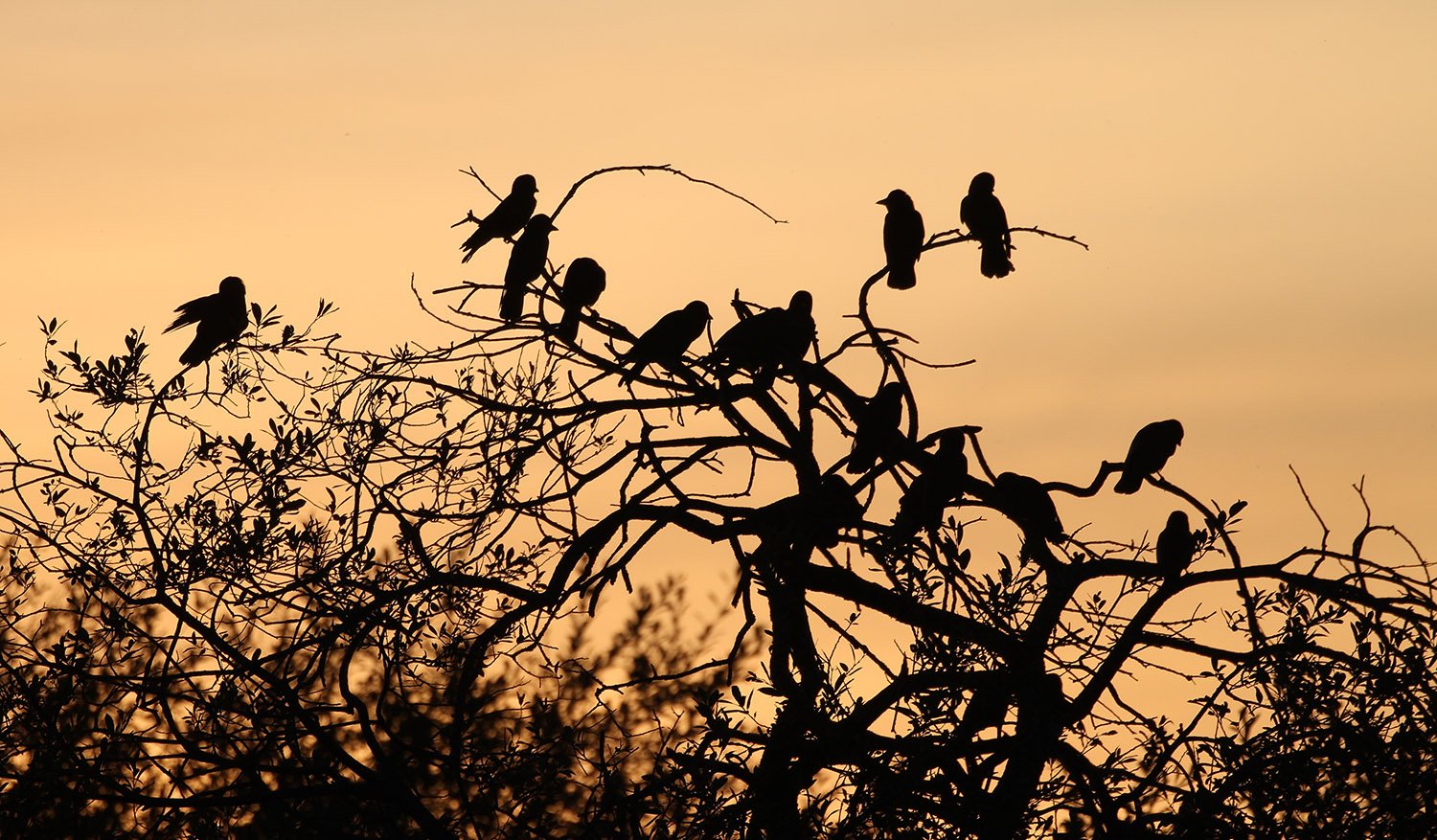 Jackdaws are more likely to join a mob to drive off predators if lots of their fellow birds are up for the fight, new research shows. The study found that when more birds call out to show they are willing to mob a predator, more other jackdaws join in. University of Exeter scientists say this suggests jackdaws use a form of counting when deciding whether to join a mob. Jackdaws can also identify the calls of individual members of their flock, the researchers say.

“Many species of birds use mobbing to drive off predators,” said lead author Jenny Coomes. “Although this is fairly common behaviour, little is known about how mobbing is initiated. There is safety in numbers, so individual birds might benefit from assessing how many others are mobbing before joining in.”

The researchers used recordings of jackdaw calls featuring different numbers of birds calling. These were played near jackdaw nests. Playbacks simulating three or five callers tended to recruit more individuals than playbacks of one caller.

“The jackdaws in our experiments always heard the same number of alarm calls, but more birds joined in if the calls were produced by multiple different individuals,” said Dr Alex Thornton of the Centre for Ecology and Conservation on Exeter’s Penryn Campus in Cornwall.

“This shows that jackdaws can tell one another’s voices apart to work out how many birds are involved in a mob. Although our findings suggest that jackdaws use a form of counting, they also indicate there may be limitations to this ability. While there was an overall increase in recruits when we played recordings of more birds calling, we did not find clear evidence that the number of recruits was higher in response to five versus three callers. A possible reason for this may be that there is little extra benefit to the jackdaws in assessing the number of callers above three. Alternatively, there may be cognitive limitations to their ability to assess the number of callers above a certain threshold.”