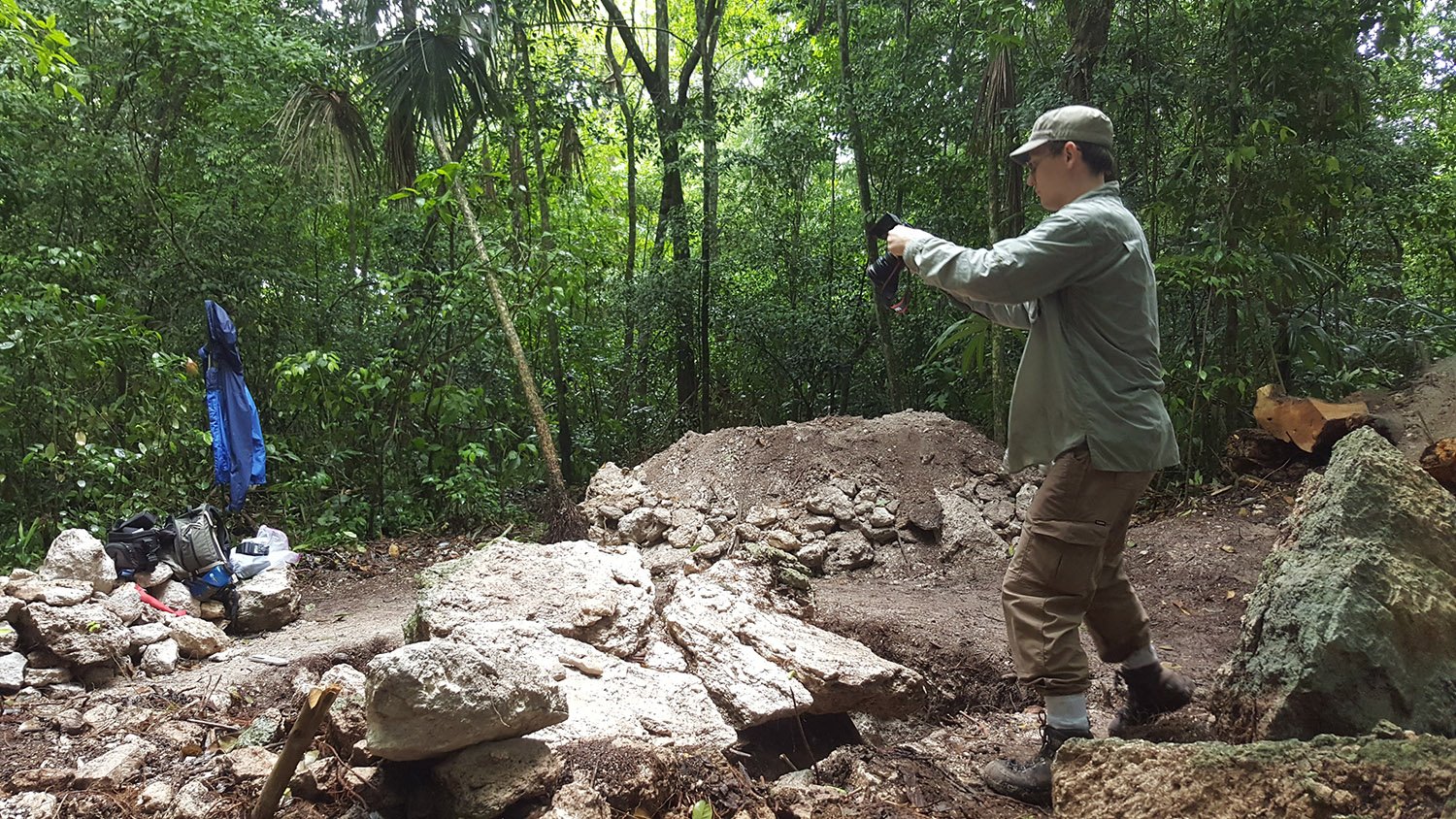 Evidence of extreme warfare tactics in the Maya lowlands, during a time described as a peak in prosperity and artistic sophistication, is described in a paper published online this week in Nature Human Behaviour. This research suggests that the Maya engaged in violent warfare that resulted in widespread destruction of a city much earlier than previously thought.

Maya warfare during the Classic period (250–950 CE) has been viewed as ritualized and limited in scope. However, scholars have interpreted evidence of violent warfare in the Terminal Classic Period (800–950 CE) as an escalation that catalysed the collapse of the Maya civilization.

David Wahl and colleagues find that the Maya engaged in total warfare much earlier than the Terminal Classic Period. The rare discovery of an emblem glyph (city crest) at Witzna, the study site, allowed the authors to place the city in a broader geographical context.  They found mention of Witzna in a hieroglyphic inscription at Naranjo — a Classic Maya city south of Witzna in what is now northern Guatemala — which states that on 21 May 697 CE, Witzna was attacked and burned for a second time. They then linked this inscription to paleoenvironmental evidence from a lake adjacent to Witzna that has a distinct charcoal layer resulting from a substantial fire event during the last decade of the 7th century CE.

Archaeological evidence also supported this link, as evidenced by widespread destruction and burning of the major monuments across Witzna. Sediment analysis shows a dramatic reduction of land use following this fire event, suggesting the attack had severe negative impacts on the population of Witzna. The findings show that, despite this event, a small population persisted until the area was eventually abandoned around 1000 CE.

“The ability to tie geologic evidence of a devastating fire to an event noted in the epigraphic record, made possible by the relatively uncommon discovery of an ancient Maya city’s emblem glyph, reflects a confluence of findings nearly unheard of in the field of geoarchaeology” noted David Wahl.

The authors suggest that these findings challenge theories that extreme violent warfare was limited to the Terminal Classic Period, that it developed as a result of environmental stress and increased competition for limited resources, and that it played a role in the collapse of Classic Maya society.

“I think based on this evidence the theory that a presumed shift to total warfare was a major factor in the collapse of Classic Maya society is no longer viable. We must look for other causes.” said Francisco Estrada-Belli.

“The implications of this discovery extend beyond mere reinterpretation of references to burning in ancient Maya inscriptions. We need to go back to the drawing board on the very paradigm of ancient Maya warfare as centered on taking captives and extracting tribute,” commented Alexandre Tokovinine