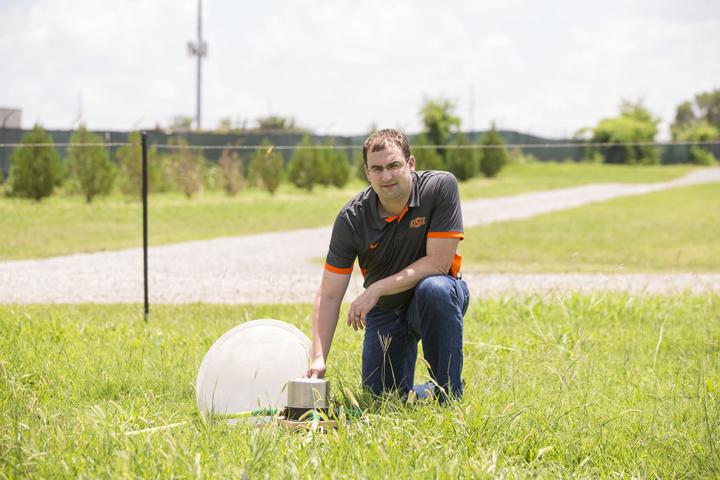 How can you tell when a storm is going to produce a tornado even before the twister forms? Research from Oklahoma State University and University of Nebraska-Lincoln indicates prior to tornado formation, storms emit low-frequency sounds.

Brian Elbing, Christopher Petrin and Matthew Van Den Broeke will present their studies on the potential fluid mechanisms behind the warning noise at American Physical Society’s Division of Fluid Dynamics 72nd Annual Meeting at the Washington State Convention Center in Seattle. The session will take place on Nov. 25 at 3:20 pm and is one of the largest gatherings in the world for fluid dynamics.

The researchers wanted to explore how fluid mechanics cause the sounds detected before a tornado is created. Those sounds are well below the range of human hearing. They will present recent infrasound observations from the 2019 tornado season as well as discuss how they were able to detect tornado formation, even before they were spotted on radars.

“Prior to the 2019 tornado season, our array was only within range of one tornado, an EFU tornado in Perkins, Oklahoma. For that tornado, we started receiving a signal about eight minutes before the tornado formed, and a characteristic signature that we believe was associated with the tornado was received four minutes before the tornado touched down,” said Elbing. “This was significant since this small tornado had no warning and was not observed on any radar.”

The fundamental question of what causes tornado-producing storms to emit infrasound is still unanswered, but the scientists have a few possibilities in mind.

“One theory suggests that radial oscillations of the tornado core produce the sound, which is supported by past observations showing the fundamental frequency being proportional to the diameter of the tornado,” said Elbing.

Additionally, the researchers will discuss methods for the long-range study of the formation and characterizations of tornadoes.