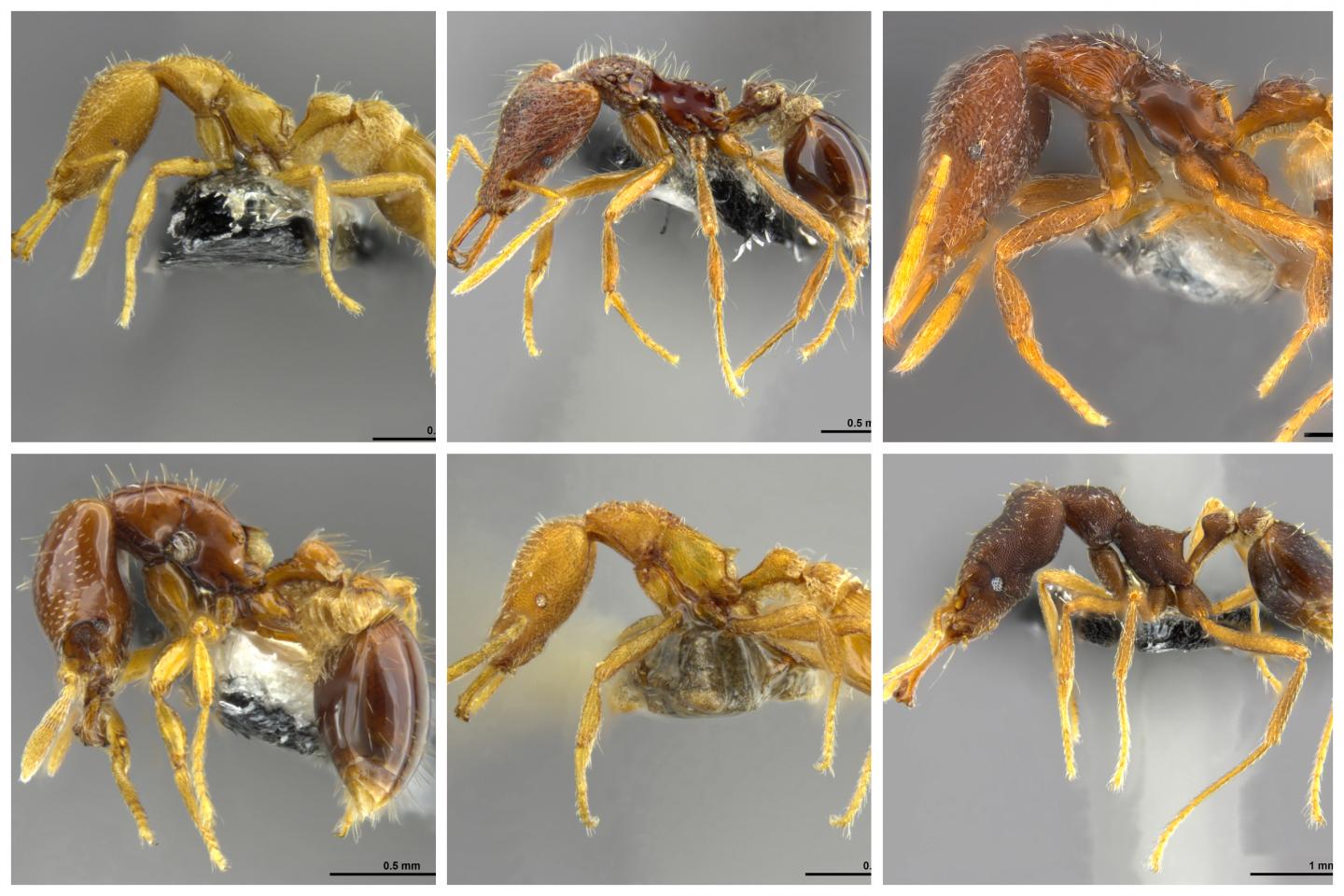 An ant the size of a lion isn’t as far-fetched as you would think. From as small as a sesame seed to the size of a big cat, ants come in all sizes – in augmented reality, at least.

Augmented reality provides an interactive experience of the ‘real world’ with the help of computer-generated images viewed through a screen. It’s a technology often used in videogames to meld computer-generated images with reality. Now researchers in the Biodiversity and Biocomplexity Unit at the Okinawa Institute of Science and Technology Graduate University (OIST) have used this high tech approach to create the first ever augmented reality experience that pairs with a taxonomic research paper. The research, published in Insect Systematics and Diversity, presents six new species of Strumigenys ants, also known as miniature trap-jaw ants, from Fiji.

“In our lab we have been working on tools to interact with biodiversity data in different ways,” said Prof. Evan Economo, senior author of the study. “The specimens we study are locked away in natural history museums, and not easily accessible to both researchers and the general public.”

The ant specimens are now accessible anywhere and everywhere with the interactive taxonomic app, Insects3D. The scientists used 3D x-ray scans to create digital models of the ants. Insects3D allows a user to view 3D models of ant specimens in augmented reality and lets them place ants in the real world using the app. Users can even magnify the species to the size of a lion if they please.

“When we made the app I gave it to my five-year old son,” Economo said. “He spent an hour running around the house putting ants everywhere.”

It’s not just Economo’s son – augmented reality allows new scientific experiences for a broad range of people. This app allows those from all corners of the world to engage with the same data. All you need is an iPhone. Economo believes this technology will ignite a new way of experiencing research.

“With this app, we hope to get more people interested and help everyone see what the potential could be in the future,” Economo said. “We have six [ant] models and geographic maps of where they are found. It’s just the beginning and we are excited by what’s to come.”

The new biodiversity data on the ants are a detailed description of the anatomy of each species, including their unusual trap-like mandibles. The ant is in a global group that appears to have undergone adaptive radiation in Fiji. This radiation occurs when one evolutionary lineage splits into multiple species, thus diversifying. Economo and first author on the paper, Eli Sarnat, started their fieldwork in 2004. 23 species from their collecting are presented in the paper and six represent new species discovered for the first time. Economo and Sarnat didn’t expect one-third of the species they collected to be new to science since Fiji is a small remote archipelago.

“The main research of the lab is understanding the evolution of insect diversity around the world, and new species discovery is a part of that,” Economo said. “Rather than just describing new species in papers very few will read, we are interested to push the boundaries of technology and how we share results with our colleagues and the public.”

Pushing boundaries is nothing new in science. This technology extends beyond taxonomic research use – researchers in other disciplines can use this approach to explore new ways to display their scientific discoveries.