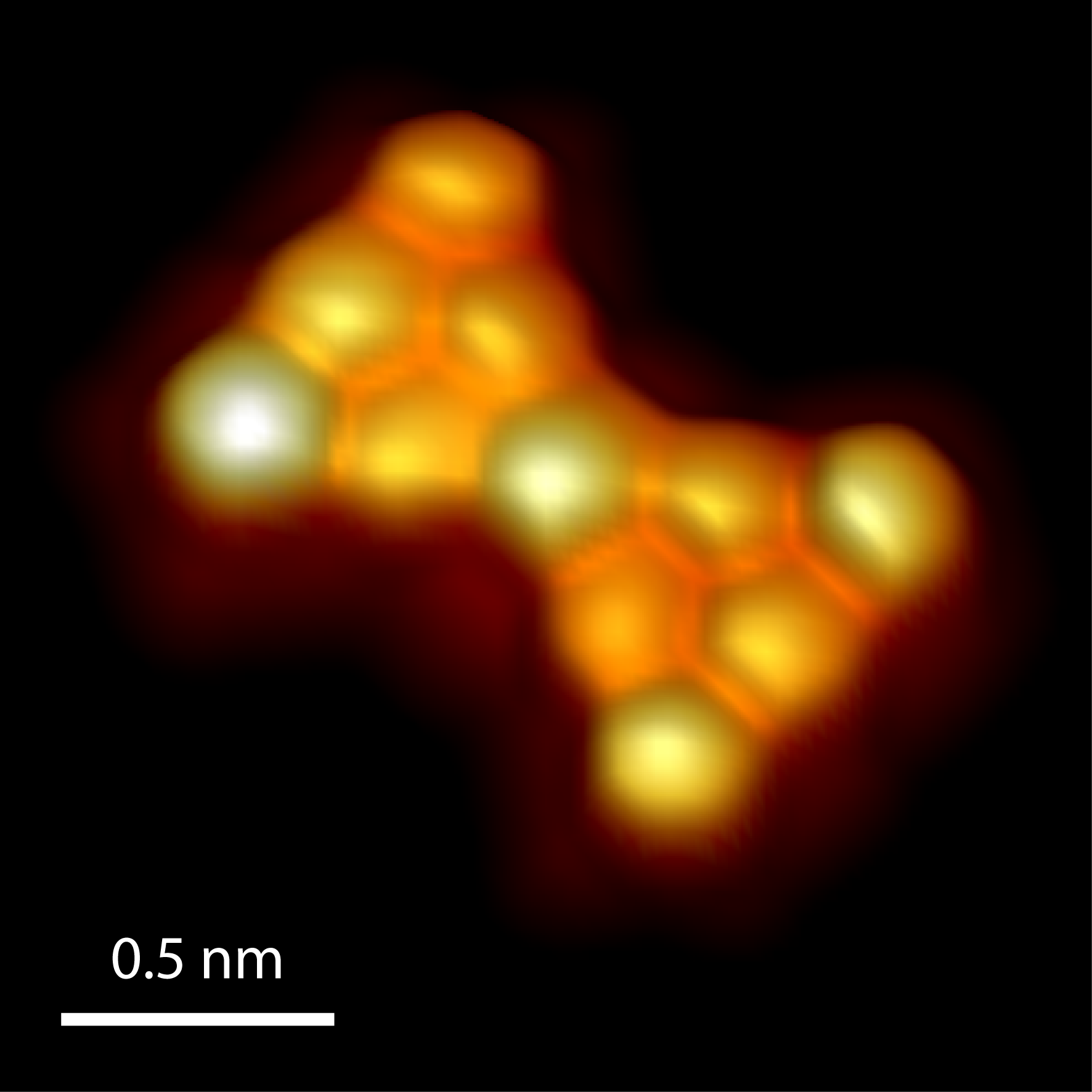 Graphene, a two-dimensional structure made of carbon, is a material with excellent mechanical, electronic and optical properties. However, it did not seem suitable for magnetic applications. Together with international partners, Empa researchers have now succeeded in synthesizing a unique nanographene predicted in the 1970s, which conclusively demonstrates that carbon in very specific forms has magnetic properties that could permit future spintronic applications. The results have just been published in the renowned journal Nature Nanotechnology.

Depending on the shape and orientation of their edges, graphene nanostructures (also known as nanographenes) can have very different properties – for example, they may exhibit conducting, semiconducting or insulating behavior. However, one property has so far been elusive: magnetism. Together with colleagues from the Technical University in Dresden, Aalto University in Finland, Max Planck Institute for Polymer Research in Mainz and University of Bern, Empa researchers have now succeeded in building a nanographene with magnetic properties that could be a decisive component for spin-based electronics functioning at room temperature.

Graphene consists only of carbon atoms, but magnetism is a property hardly associated with carbon. So how is it possible for carbon nanomaterials to exhibit magnetism? To understand this, we need to take a trip into the world of chemistry and atomic physics.
The carbon atoms in graphene are arranged in a honeycomb structure. Each carbon atom has three neighbors, with which it forms alternating single or double bonds. In a single bond, one electron from each atom – a so-called valence electron – binds with its neighbor; while in a double bond, two electrons from each atom participate. This alternating single and double bond representation of organic compounds is known as the Kekulé structure, named after the German chemist August Kekulé who first proposed this representation for one of the simplest organic compound, benzene (Figure 1). The rule here is that electron pairs inhabiting the same orbital must differ in their direction of rotation – the so-called spin – a consequence of the quantum mechanical Pauli’s exclusion principle.

“However, in certain structures made of hexagons, one can never draw alternating single and double bond patterns that satisfy the bonding requirements of every carbon atom. As a consequence, in such structures, one or more electrons are forced to remain unpaired and cannot form a bond,” explains Shantanu Mishra, who is researching novel nanographenes in the Empa nanotech@surfaces laboratory headed by Roman Fasel.

This phenomenon of involuntary unpairing of electrons is called “topological frustration” (Figure 1).

But in order to be able to use the spin of the electrons as circuit elements, one more step is needed. One answer could be a structure that looks like a bow tie under a scanning tunneling microscope (Figure 2).

Two frustrated electrons in one molecule

Back in the 1970s, the Czech chemist Erich Clar, a distinguished expert in the field of nanographene chemistry, predicted a bow tie-like structure known as “Clar’s goblet” (Figure 1). It consists of two symmetrical halves and is constructed in such a way that one electron in each of the halves must remain topologically frustrated. However, since the two electrons are connected via the structure, they are antiferromagnetically coupled – that is, their spins necessarily orient in opposite directions.

In its antiferromagnetic state, Clar’s goblet could act as a “NOT” logic gate: if the direction of the spin at the input is reversed, the output spin must also be forced to rotate.

However, it is also possible to bring the structure into a ferromagnetic state, where both spins orient along the same direction. To do this, the structure must be excited with a certain energy, the so-called exchange coupling energy, so that one of the electrons reverses its spin.

In order for the gate to remain stable in its antiferromagnetic state, however, it must not spontaneously switch to the ferromagnetic state. For this to be possible, the exchange coupling energy must be higher than the energy dissipation when the gate is operated at room temperature. This is a central prerequisite for ensuring that a future spintronic circuit based on nanographenes can function faultlessly at room temperature.

From theory to reality

So far, however, room-temperature stable magnetic carbon nanostructures have only been theoretical constructs. For the first time, the researchers have now succeeded in producing such a structure in practice, and showed that the theory does correspond to reality.

“Realizing the structure is demanding, since Clar’s goblet is highly reactive, and the synthesis is complex,” explains Mishra.

Starting from a precursor molecule, the researchers were able to realize Clar’s goblet in ultrahigh vacuum on a gold surface, and experimentally demonstrate that the molecule has exactly the predicted properties.

Importantly, they were able to show that the exchange coupling energy in Clar’s goblet is relatively high at 23 meV (Figure 2), implying that spin-based logic operations could therefore be stable at room temperature.

“This is a small but important step toward spintronics,” says Roman Fasel.

Spintronics – composed of the words “spin” and “electronics” is a field of research in nanotechnology. The aim is to create electronics in which information is not coded with the electrical charge of electrons, as is the case in conventional semiconductor circuits, but with their magnetic moment caused by the rotation of the electron (“spin”).

The electron spin is a quantum mechanical property – a single electron can have not only a fixed state “spin up” or “spin down”, but a quantum mechanical superposition of these two states. In the future, spintronics could therefore not only enable further miniaturization of electronic circuits, but could also make electrical switching elements with completely new, previously unknown properties a reality.