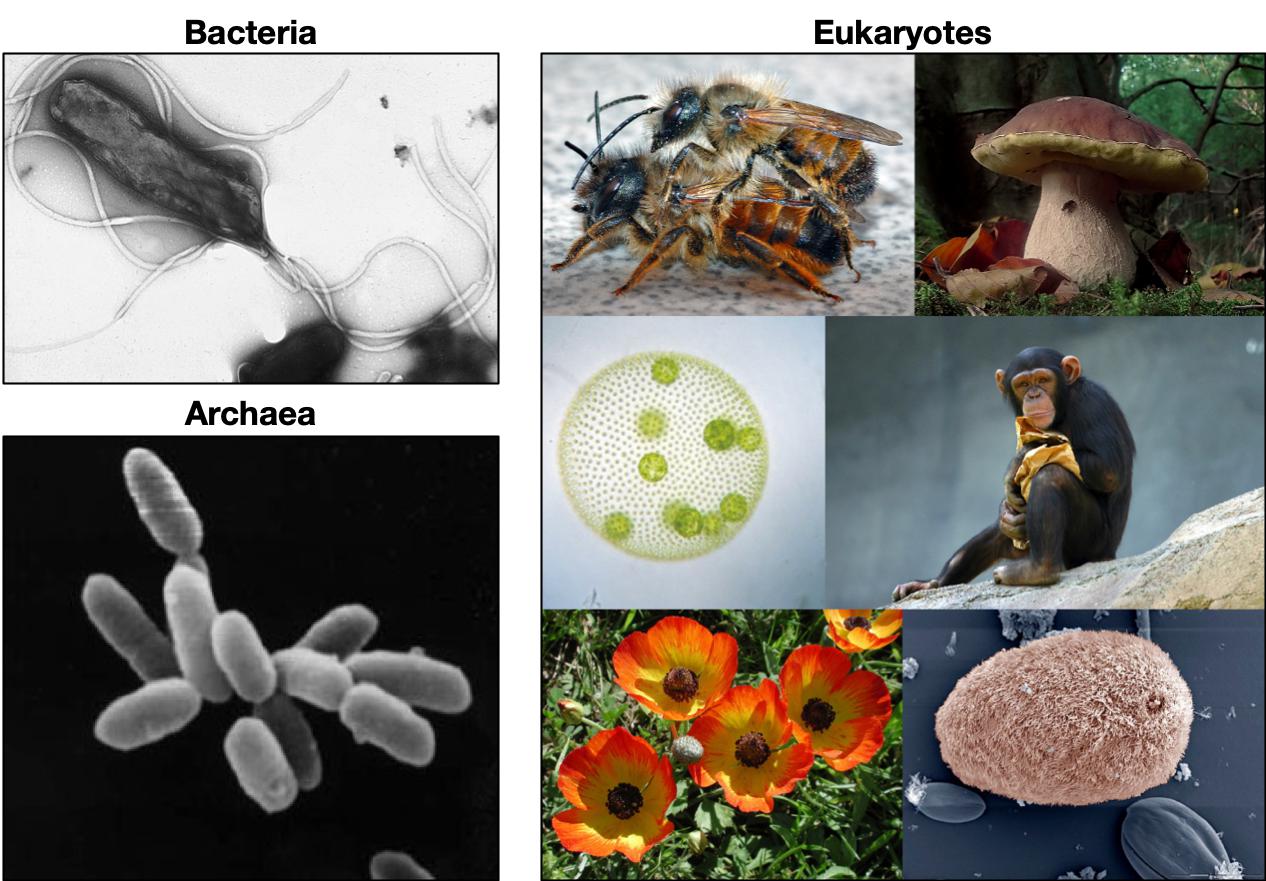 Uncovering where we come from and how we have evolved involves a trip into the ancient history of life. Delving deep into our past, we find that the eukaryotic cells that eventually became animals like you and me, branched from other types of cell long ago. But the precise way this branching occurred and the unique features that distinguish our cells from others is uncertain and hotly debated. Studying rocks and specifically fossils has long been the only source of information about these deep origins of life. Unfortunately, the majority of organisms leave little or no trace in the fossil record from which their ancestry can be determined. This is but one of the many challenges scientists face when trying to unravel the origin of eukaryotic cells.

Phylogenetics is a field that aims to understand the evolutionary relationships between species and is a key tool for deducing the common ancestor that eukaryotes shared with the two other domains of life – the Archaea and Bacteria. In their recent paper that was published in Nature Ecology and Evolution, Williams, Cox, Foster, Szöllősi, and Embley focused on determining which of the two current hypotheses for the structure of the tree of life are most likely to be correct, and attempted to find last common ancestor of the Archaea and Eukarya.

Lead author Tom Williams states that their use of “the best-fitting substitution models” supports the two-domain model.

The exact Archaean has yet to be found, but Williams et al. have taken a significant step towards elucidating who this proto eukaryote might be. The paper proposes that the “best candidate for the closest archaeal relative of the eukaryotic nuclear lineage” is a member of the Asgard Archaea, Heimdallarchaeota. The identification of Heimdallarchaeota as the closest sister-group to eukaryotes, means that it shares the most features of any other known archaeal cell with eukaryotes. However, Heimdallarchaeota are not the direct ancestors of eukaryotic cells, only the ones with the closest known phylogenetic relationship. The work of Williams et al. suggests that even closer archaeal relatives of eukaryotes might remain to be found.

When asked for a comment on what the paper means and how he found the process, Williams spoke about how “working out what happened potentially billions of years ago [was] difficult and a number of hypotheses for eukaryotic origins have been discussed recently”.

Upon re-evaluation of these claims “our analyses support just one of these ideas: a two-domains tree in which key components of eukaryotic cells evolved from within the archaeal domain.”

So, how is this significant to us? Aside from the direct scientific relevance of this study in understanding the origins of eukaryotes, Williams paints a bigger picture. This is one in which we can see how eukaryotes are distinguished from their archaeal and prokaryotic relatives; fundamentally what makes eukaryotes unique at the lowest level. Furthermore, it highlights how the eukaryotes became so inherently complex. The research into eukaryotic origins is far from finished, but Williams et al. have broadened our understanding of where the types of cells that make up you and I come from and identifies the source of their unique features.