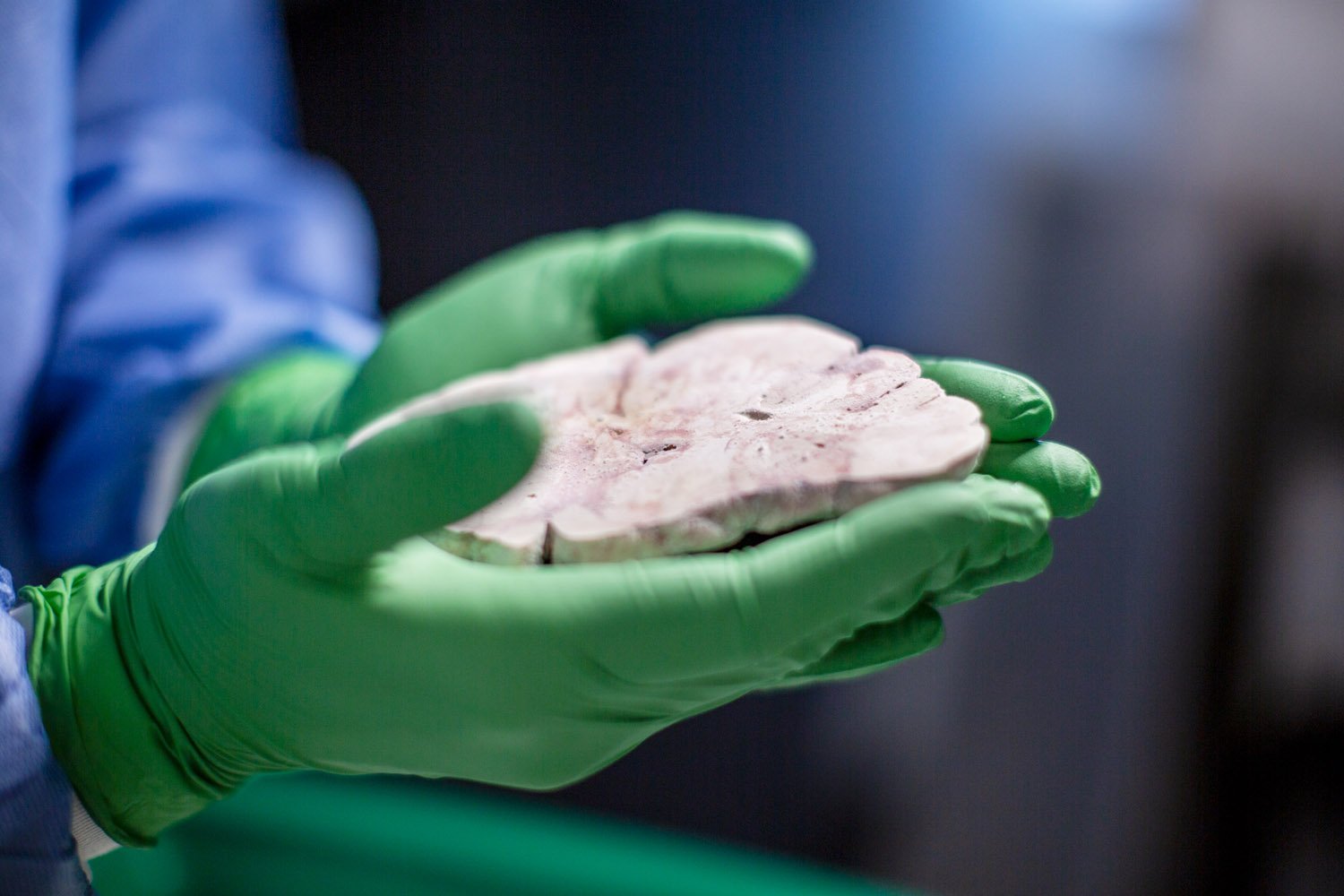 A new study from the Allen Institute for Brain Science has written the most detailed “parts list” of the human brain to date. This categorization of our brain cell types lays the groundwork to improve our understanding of our own brains and to dramatically change how we treat human brain diseases and disorders.

The study, published today in the journal Nature, captures for the first time an ultra-high-resolution comparison between human and mouse brain cell types, showing that the majority of our brain cells have a counterpart in the mouse brain, counterparts that have been maintained over approximately 75 million years of evolutionary distance. The researchers studied the genes switched on in one region of the human brain, cell by single cell, to home in on our similarities and our differences as compared to mice.

“Just as we can use our genes to build our family trees or find long-lost relatives with services like ancestry.com or 23andme, we’re letting the genes tell us the story of our brains and their evolution,” said Ed Lein, Ph.D., Investigator at the Allen Institute for Brain Science, a division of the Allen Institute, and senior author on the study.

“And in the same way that police were able to use information in those genetic databases to track down the Golden State Killer, this new high-resolution view of our brains provides a baseline to find the cells that go wrong in disease.”

The new comparison between mouse and human brain cell types opens doors for scientists to extrapolate knowledge gained over decades of rodent neuroscience research to our own brains. The cell type alignment also highlights key differences between us and the rodent that could explain why so many psychiatric drugs developed in mouse studies don’t work in humans.

“The parts list of the human brain is key. That list allows us to understand what’s different between mice and human beings and what’s similar. The ultimate impact of this understanding will be better treatments for mental illnesses,” said Joshua Gordon, M.D., Ph.D., Director of the National Institute of Mental Health. “The eventual goal will be to develop the complete parts list of the entire human brain. It’s a hugely ambitious goal, but this paper shows us that it’s a doable undertaking.”

Serotonin receptors, the proteins that allow our neurons to react to the neurotransmitter serotonin and which play a starring role in appetite, mood, memory, sleep and many other important brain functions, are vastly altered between mouse and human brain cells, the study found. We and mice both have these proteins, but they are used in other kinds of neurons in mice than in us. Those changes could explain why it’s been so difficult for clinical researchers to develop new therapies for depression and other disorders related to serotonin: A drug that acts on a serotonin receptor could affect a mouse very differently than it would us.

Are we more complex than a mouse?

In some ways, the finding that the 75 human brain cell types identified in the study have a loose match in the mouse brain parallels the Human Genome Project’s revelation nearly 20 years ago that humans and mice have almost the same number of genes.

“Many people would assume that the human brain is more complex than the mouse brain,” Lein said.

“It’s somewhat of a surprise that at least in terms of cellular diversity, that doesn’t seem to be the case. But now that we have a way to make a true apples-to-apples comparison, we start to see many differences in how the genes are used, what the cells look like and the proportions of different cell types in the brain.”

The researchers used gene expression, the genes that are switched on in a given cell, to sort nearly 16,000 cells from the human medial temporal gyrus, a part of the temporal lobe of the brain. The study relied on post-mortem tissue from people who had donated their brains to science and tissue donated from epilepsy patients who’d undergone brain surgery. The Allen Institute researchers are now working on studies of brain cell types that encompass more areas of the brain.

A similar Allen Institute study published last year provided a dataset of mouse cells for comparison, revealing that while our brains and our brain cells may look and act differently from those of the mouse, at the level of their gene expression, cell types line up between the two species.

If it sounds confusing that our brain cells can be both the same but different, think of the diversity of mammalian limbs. The same genes are used to build our hand, a bat’s wing and a whale’s flipper, but these structures look and function in very distinct ways. In addition to the serotonin receptor finding, the study revealed large changes in gene expression that relate to how neurons connect, meaning that our brain circuitry may turn out to be very different from that of the mouse.

“The bottom line is there are great similarities and differences between our brain and that of the mouse,” Christof Koch, Ph.D., Chief Scientist and President of the Allen Institute for Brain Science and one of the study authors. “One of these tells us that there is great evolutionary continuity, and the other tells us that we are unique. If you want to cure human brain diseases, you have to understand the uniqueness of the human brain.”