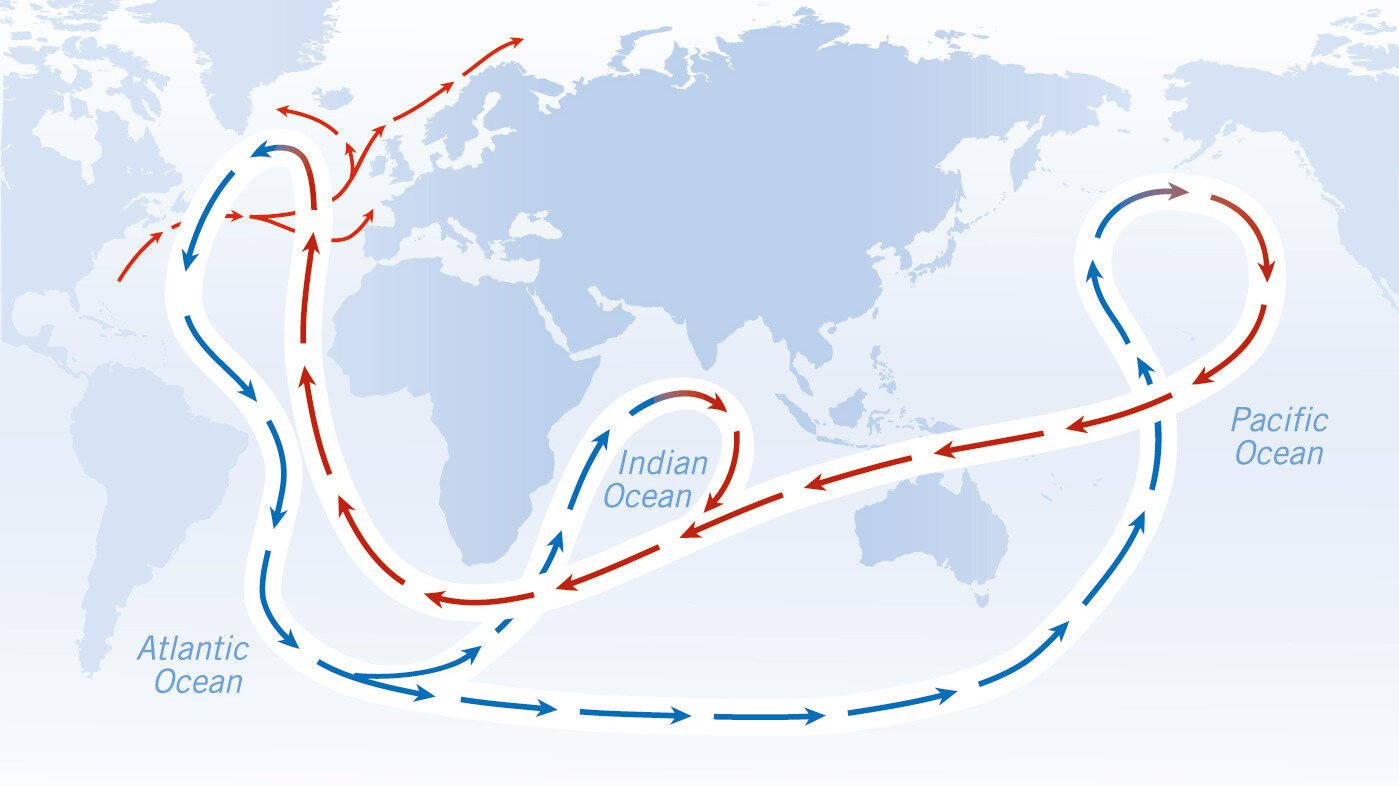 This is due to a near 2%-per-decade rise in wind speeds, the study’s authors say, a phenomenon that has intensified circulation as deep as 3,000 meters in affected oceans. Shijian Hu et al. note that the study’s observations were mostly limited to the upper 2,000 meters of the ocean, emphasizing that intensive observations of global ocean circulation in the abyssal depths are urgently needed to improve projections of how circulation will change as the climate warms.

Since oceans serve as a major heat reservoir and energy redistributor, accurate measurements of circulation changes provide essential climate change insights. However, with varying regional responses to the warming climate, scientists have found it difficult to deduce how and whether global ocean circulation has been altered.

To fill this knowledge gap, Hu and colleagues used ocean current measurements from the Global Marine Argo Atlas – which uses floats to monitor ocean features – to calculate total global kinetic energy. Global kinetic energy describes the movement of seawater and provides an index for ocean circulation intensity. While total kinetic energy varied before 1990, the researchers found with 99% confidence that it increased sharply as the 1990s began.

The researchers then calculated how much circulation has accelerated throughout the water column using the European Centre for Medium-Range Weather Forecasts Ocean Analysis/Reanalysis System, the Global Ocean Data Assimilation System, and several other model-based lines of evidence. They identified increased kinetic energy in about 76% of the upper 2,000 meters of global oceans. This is due to intensification of surface winds since the 1990s, itself a result of a longer-term trend, the authors say, with only a relatively small contribution from natural variability. How important such ocean circulation changes will be for understanding wider changes in the climate system requires further study.