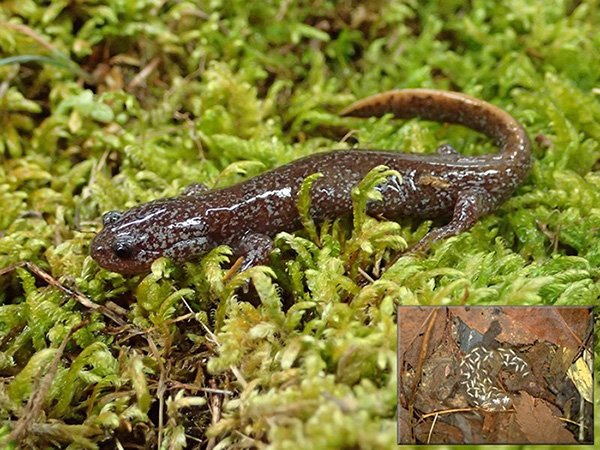 A research team has successfully identified an unknown population of the endangered Yamato salamander (Hynobius vandenburghi) in Gifu Prefecture, using a methodology combining GIS and eDNA analysis. This method could be applied to other critically endangered species, in addition to being utilized to locate small organisms that are difficult to find using conventional methods.

The study was conducted by students from the Bioscience team in Gifu Senior High School’s Nature and Science Club (which has been conducting research into the species for 13 years). They were supervised by teachers and aided by university researchers, including Professor Toshifumi Minamoto from Kobe University’s Graduate School of Human Development and Environment. The project was a collaboration between Gifu Senior High School, Kobe University, Gifu University and Gifu World Freshwater Aquarium.

It has been reported that there are approximately 50 Hynobius species of salamander worldwide, around 30 of which are endemic to Japan. Hynobius vandenburghi (until recently known by its previous classification of H. nebulosus), is only found in central and western Japan, with Gifu Prefecture marking the north east limit of the species’ distribution (Figure 2). However, like approximately 60% of amphibian species in Japan, it falls under the ranking of critically endangered and vulnerable species, mainly due to habitat decline*. Only three sites providing habitats for Yamato salamanders had been discovered in Gifu Prefecture up until recently.

The research team utilized a combined methodology of GIS and eDNA analysis with the aim of discovering more Yamato salamander habitats. GIS (Geographic Information System) is a spatial analysis tool that allows data and geographic information to be collected, displayed and analyzed. Environmental DNA analysis involves locating DNA of the species in the environment (in this case in water samples) to understand what kind of organisms live in that habitat.

First of all, environmental factors (such as vegetation, elevation, and gradient inclination and direction) present near the known habitats in Gifu Prefecture were identified, and this information was entered into the GIS to locate new potential habitats. This resulted in a total of five new potential sites being discovered- three in Gifu city and one site each in Kaizu and Seki cities.

Field surveys were also conducted to find eggs or adult salamanders at each of the sites where eDNA was discovered. A single pair of egg sacs were found at the Kaizu city site (Figure 3). This lends support to the idea that the combined methodology of GIS and eDNA analysis can be successfully utilized to find new habitats of rare and elusive species like the Yamato salamander.

As this research was carried out by supervised high school students, it is anticipated that this combined methodology can be utilized not only by experts but also as a useful tool for citizen-led conservation efforts. Another advantage of the GIS and eDNA analysis method is that it requires less time, energy and funds compared to conventional field capture (locating animal specimens). This could prove invaluable for identifying and protecting the habitats of endangered species in the face of rapidly declining biodiversity worldwide.