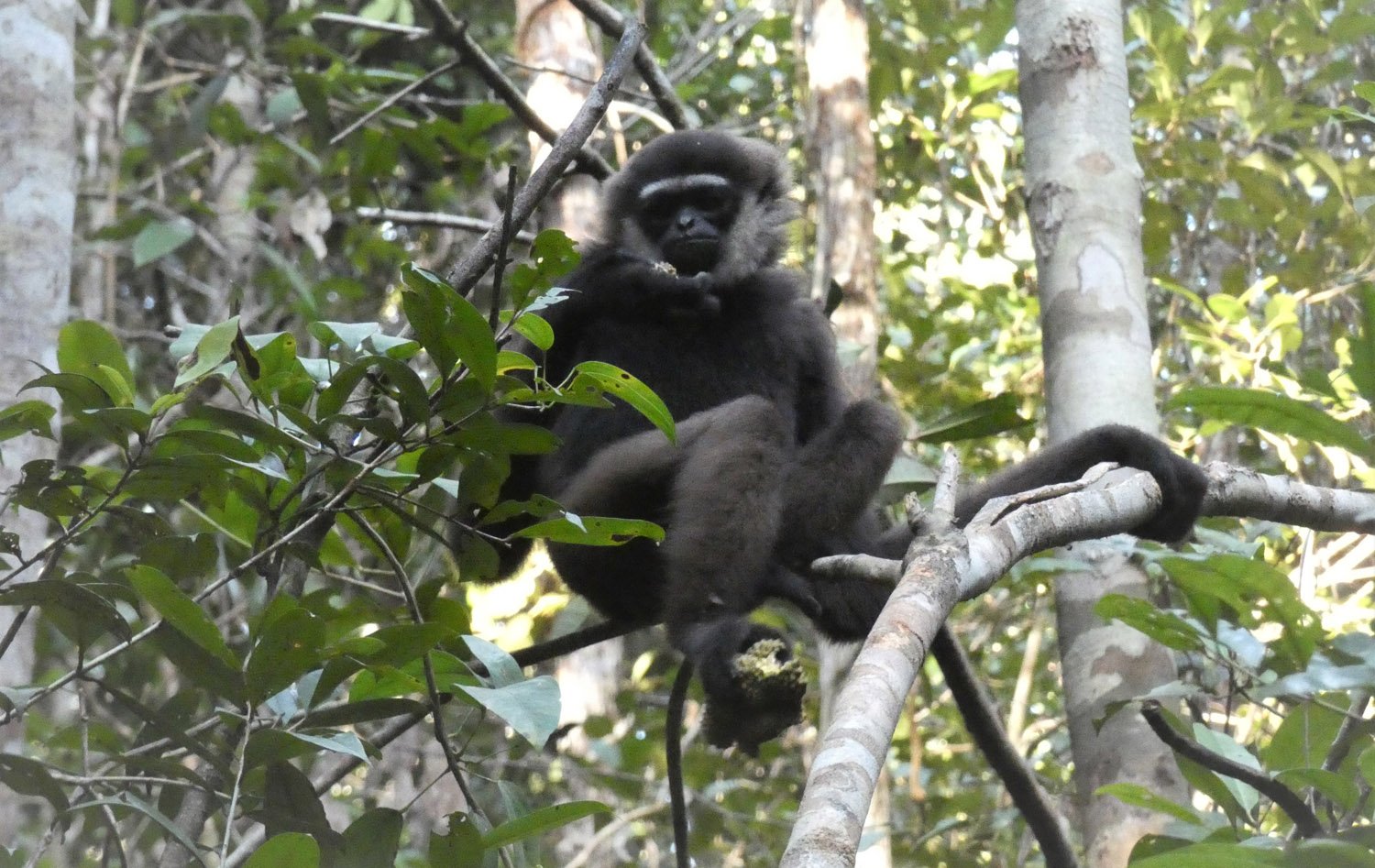 Wild gibbons living in the peat swamps of southern Borneo require between 20 and 50 hectares of forest territory for each group, making their populations particularly vulnerable to habitat loss, according to a study publishing July 31 in the open-access journal PLOS ONE by Dr. Susan Cheyne at the Borneo Nature Foundation, and colleagues.

Gibbons are highly territorial creatures, whose habitat is threatened by deforestation and wildfires, however, little is known about the size of their territories or how they use the space for feeding and social activities. The researchers monitored four groups of wild Bornean southern gibbons (Hylobates albibarbis) in Sebangau in Borneo, Indonesia between 2010 and 2018, recording the GPS location of the group, as well as observations of the creatures’ behaviour at five-minute intervals from dawn till dusk.

They found that the Gibbons’ territory included a core area of between 21 and 52 hectares where they sleep, socialise, and perform call ‘duets’ to each other, and which they defend fiercely. However, the apes also forage over a larger home range of up to 148 hectares that they share with neighboring groups – the largest home range recorded among Gibbons in the Hylobates genus.

The territories of three of the groups remained approximately the same throughout the 9-year study, but one group was forced to shift their range west when part of their habitat was damaged by forest fires in 2015, which destroyed forests across the islands of Borneo and Sumatra. Their large home ranges and territorial behaviour may make Gibbons particularly vulnerable to habitat loss, as they are squeezed into fragments of forest too small to accommodate multiple competing groups.

Dr. Cheyne adds: “Gibbons show high site fidelity for specifoc areas of forest and maintain these territories over many years. Understanding how Gibbons use the forest is critical to their conservation. These data can feed into creating protected areas of suitable size and habitat quality to maintain viable populations of the singing, swinging small apes.”