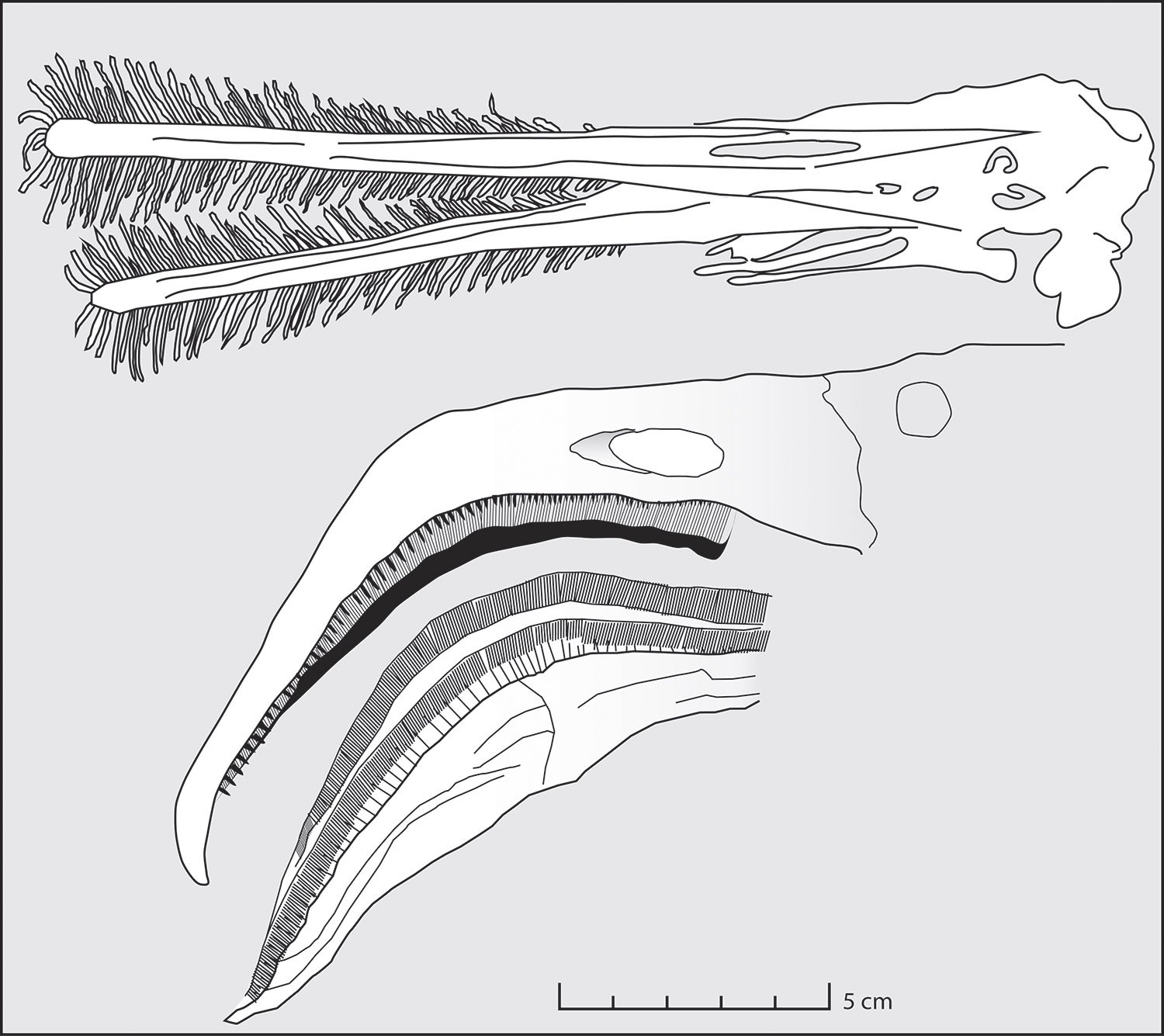 Modern flamingoes employ filter feeding and their feces are, as a result, rich in remains of microscopically-small aquatic prey. Very similar contents are described from more than 150 million year old pterosaur droppings in a recent paper in PeerJ. This represents the first direct evidence of filter-feeding in Late Jurassic pterosaurs and demonstrates that their diet and feeding environment were similar to those of modern flamingoes.

Pterosaurs were a diverse group of flying reptiles that roamed the skies during the age of dinosaurs. Skeletal fossils suggest that they, just like modern birds, adapted to diverse lifestyles and feeding habits. Direct evidence on diets such as gut contents, however, are rare and only known from a few pterosaur species.

Coprolites, that is fossil droppings, are surprisingly common fossils and they potentially hold valuable information on the diet of extinct animals. Unfortunately, it is often difficult to know which animal produced which dropping.

In a recent paper, researchers from Uppsala University and the Polish Academy of Sciences describe the contents of three coprolites collected from a surface with abundant pterosaur footprints in the Wierzbica Quarry in Poland. The coprolites’ size, shape and association to the tracks suggest that they were produced by pterosaurs, most probably belonging to a group called Ctenochasmatidae.

The fossil droppings were scanned using synchrotron microtomography, which works in a similar way to a CT-scanner in a hospital but with much stronger x-ray beams. This makes it possible to image the contents of fossils in three dimensions. The scans of the pterosaur coprolites revealed many microscopic food remains including foraminifera (small amoeboid protists with external shells), small shells of marine invertebrates and possible remains of polychaete worms.

“A reasonable explanation for how a pterosaur big enough to have produced the droppings ingested such small prey is through filter feeding,” says Martin Qvarnström, PhD student at Uppsala University and one of the authors of the article.

Some ctenochasmid pterosaurs are thought to have been filter feeders. Pterodaustro, which comes from the Cretaceous and is thus slightly younger than the Polish coprolites, possessed a sieving basket consisting of many long, thin teeth and was certainly a filter feeder. Older ctenochasmids did not possess such an obvious sieving basket, but some had elongated snouts with many slender teeth, also interpreted as adaptations for filter feeding. These pterosaurs were around at the time the droppings were made, and as the footprints from the site have also been attributed to ctenochasmids it is likely that such pterosaurs produced both the droppings and the footprints.

The modern Chilean flamingo, which is a filter feeder, can produce droppings full of foraminifera when feeding in coastal wetlands.

“The similar contents of the droppings of these flamingos and the pterosaur coprolites could be explained by similar feeding environments and mesh sizes of the filter-feeding apparatus. It appears therefore that the pterosaurs which produced the footprints and droppings found in Poland were indeed the flamingos of the Late Jurassic,” says Martin Qvarnström.