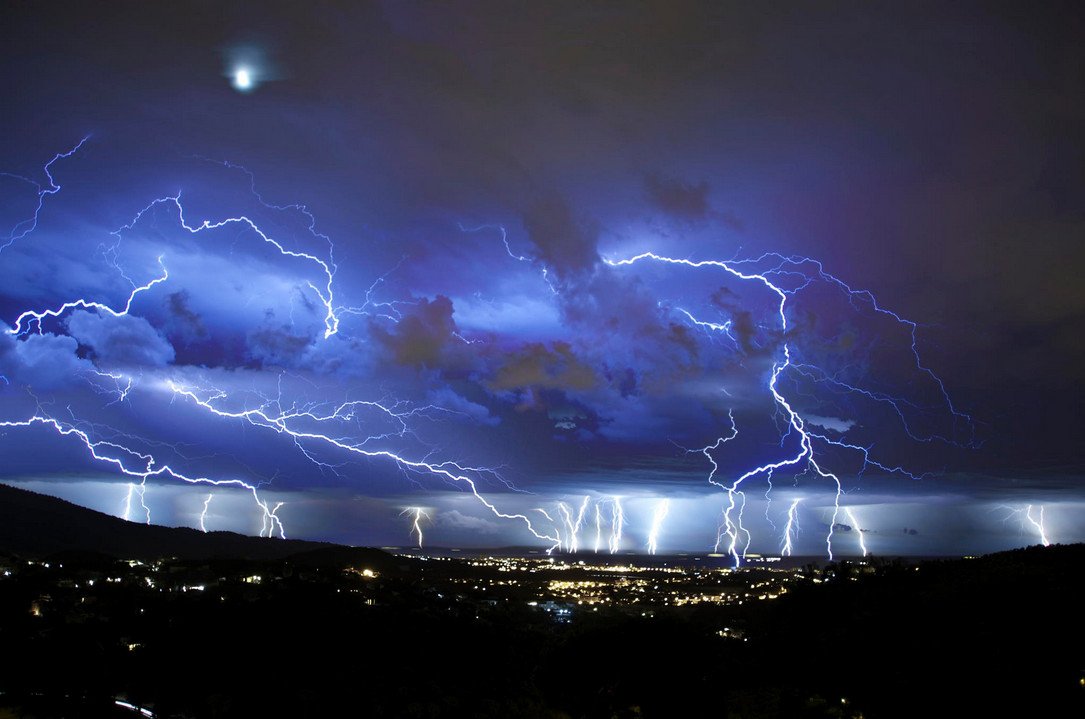 Underground fiber-optic cables, like those that connect the world through phone and internet service, hold untapped potential for monitoring severe weather, according to scientists at Penn State.

“Severe weather has strong interactions with the ground, but we haven’t had the capability to study the coupling between the atmosphere and the solid Earth,” said Tieyuan Zhu, assistant professor of geophysics at Penn State and lead author on the study. “With this new technology, we can utilize existing fiber-optics networks to clearly see how thunderstorm energy passed through campus.”

The findings, published today (Dec. 11) in the Journal of Geophysical Research: Atmospheres, mark the first time scientists have recorded thunder-induced seismic events, or thunderquakes, using the kind of fiber-optic network buried under most major cities in the United States, the scientists said.

“The ability to use fiber-optic cables to detect the source of thunder provides yet another way to track thunderstorms and help with public safety and emergency response, especially in urban areas,” said David Stensrud, head of the Department of Meteorology and Atmospheric Science at Penn State and co-author on the study. “Every new data source helps to improve our storm-tracking ability.”

Using recent technology called a distributed acoustic sensing (DAS) array, scientists found they could track the direction of the storm based on the intensity of the thunderquake events, and that their findings matched up with the location of lightning recorded by the U.S. National Lightning Detection Network.

The DAS array sends a laser down one of the hair-thin glass fibers contained inside the cables and can detect small changes caused by pressure as slight as a human walking, the scientists said. The array takes measurements every six-and-a-half feet, meaning the several miles of continuous cable under the University Park campus acts like a network of 2,000 sensors.

“If there is any change in the external energy on the ground above, even walking steps, you will have a very small change that’s going to stretch or compress the fiber,” Zhu said. “The laser is very sensitive and can detect these small changes.”

During storms, thunder creates acoustic pressure miles above the Earth that travels down, hits the ground and spreads like waves in a pond. Humans cannot hear or feel these thunderquakes, but the slight movements are captured by the fiber-optic cables, the scientists said.

The array can provide important new information about the Earth’s interior. Because there are so few earthquakes on the East Coast, scientists lack local earthquake data that can help image the Earth’s crust and mantle, the researchers said.

The method has the potential to be used more broadly for other natural hazards like earthquakes, hurricanes and flooding, as preexisting fiber-optic cable networks exist in urban areas throughout the country, according to the scientists.

“This research is an example of taking an existing technology and using it to serve another purpose,” Stensrud said. “Having technologies that are multifunction maximizes the benefits to society.”