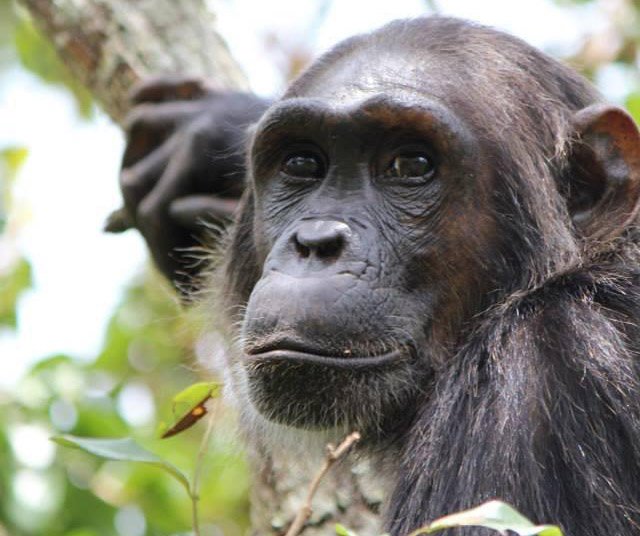 In chimpanzee society, males spend their entire lives in the group where they were born, cooperating to defend their territory, while females tend to move away. But some chimp females seem less willing to cut the apron strings.

New findings from researchers at Duke University and North Carolina State University show that female chimpanzees with high-ranking mothers are more likely to be homebodies.

The study suggests that the perks of having a powerful mom can make it worthwhile for some females to stay and reproduce in the same group where they grew up, despite the risks of inbreeding with male relatives.

For the research, appearing Jan. 20 in the journal Current Biology, primatologists Kara Walker and Anne Pusey analyzed 45 years of dawn-to-dusk observations for 31 female chimpanzees born in Gombe National Park in Tanzania, where Pusey began working with Jane Goodall in 1970.

Chimps are unusual among mammals in that daughters, not sons, typically pick up their roots at puberty and move away from their families. But in Gombe National Park, some chimpanzee females stay put instead of moving out.

Leaving home is hard, and no less so for a chimp. Immigrants risk a great deal – leaving behind the familiar faces and comforts of home to strike out alone on a perilous journey, only to face multiple challenges upon arrival. Compared to stay-at-home females, those who leave are often attacked by resident females when they arrive in a new group. They also get a later start on motherhood.

So why do movers move away and stayers stay put? “I’ve always been intrigued by that question,” said Pusey, professor emeritus of evolutionary anthropology at Duke. “It has driven my research for decades.”

Differences between the sexes in migratory patterns are widespread in mammals and birds, Pusey said. She and colleagues first noticed the pattern at Gombe in the 1970s, but because female chimpanzees don’t leave home until between the ages of 11 and 13, it would take years of observation to unravel the reasons behind it. Now, thanks to Pusey’s efforts to compile and digitize the data and put it all in one database, researchers are starting to find answers.

In the study, the team found very little difference between females who left and those who stayed in terms of things like diet quality, crowding, or the number of unrelated males around when females reached maturity, which suggests they don’t leave due to competition for food or lack of suitable mates.

It was only when the researchers looked more closely at the females’ family members that the split began to reveal itself: specifically, they found that females with more brothers were more likely to leave – presumably because they risk inbreeding if they stay.

Brothers and sisters from the same mom usually show little interest in each other, avoiding sex with close kin. But there are exceptions, said Walker, a research assistant professor of behavioral ecology at North Carolina State University. High-ranking males have been known to coerce their sisters into mating with them. For the chimpanzees at Gombe, only one of four known offspring of such close matings made it to adulthood.

“Breeding with a brother is a pretty costly mistake,” Walker said.

The results confirm a decades-old hypothesis, that in many animals that live in groups, the hazards of inbreeding push one sex or the other to start their families elsewhere. But the study also points to a countervailing force that compels some female chimpanzees to stay put: mom. The researchers found that females with high-ranking moms on hand were more likely to stay rooted.

Yes, being the unwitting target of a brother’s misdirected advances might be a pain, but for some, the risk might be offset by the benefits of having a built-in support system.

Living close to mom means she’s able to provide help, such as by sharing prime foraging spots, the researchers say. And whereas females who move away enter their new groups at the bottom of the pecking order, females with powerful moms who choose to stay put benefit from their mother’s social clout and “cut in line.”

Pusey thinks a lot can be learned about the evolution of migratory patterns in humans by studying chimpanzees. Our species also typically sees young women more likely than young men to leave home for marriage.

Even in chimps, she says, “it’s sometimes better for females to stay,” which “suggests that the benefit of having mom around is pretty universal.”