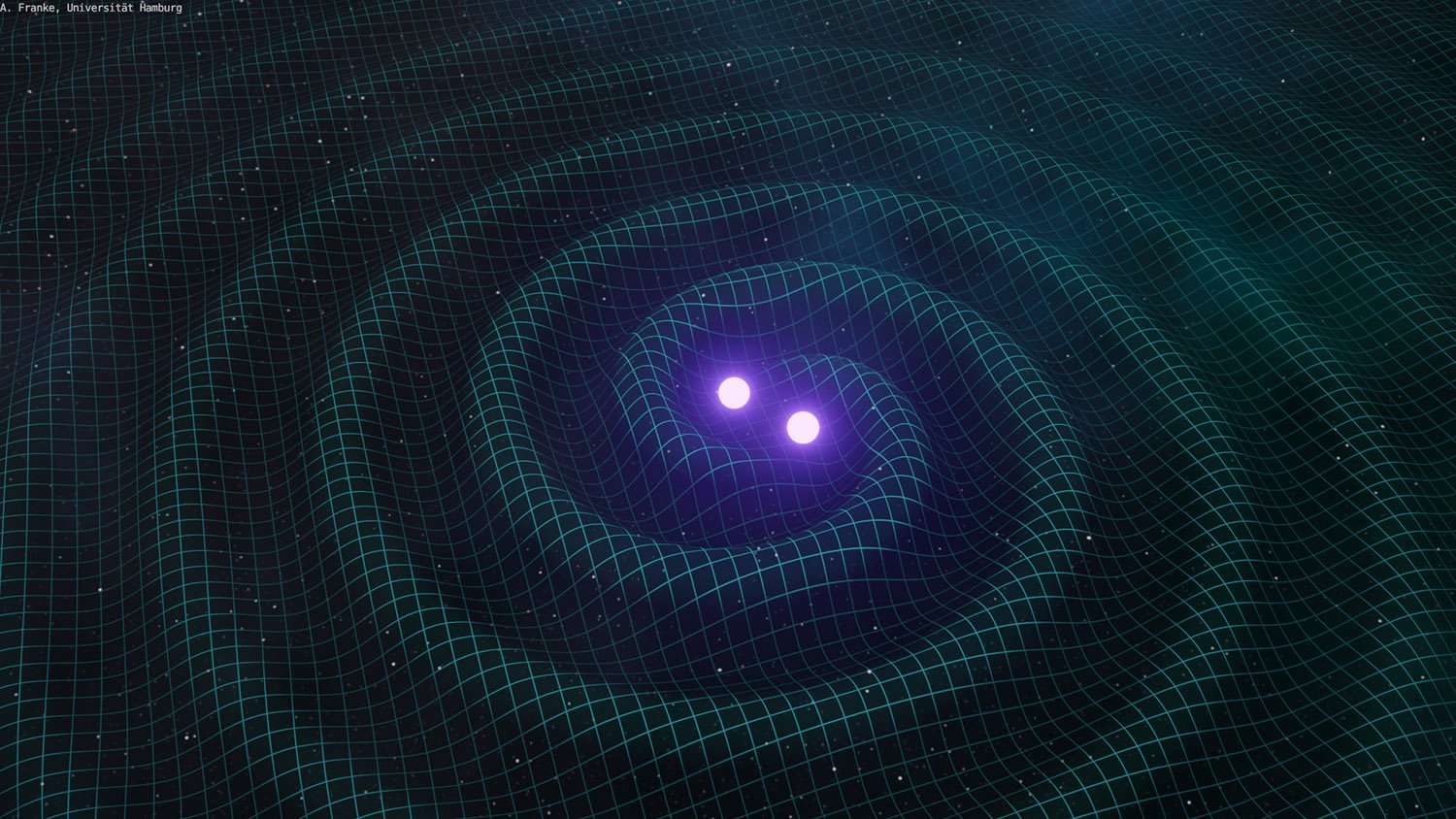 Quantum noise is a limiting issue in high-precision measurements of gravitational waves. Physicists lead by Prof. Roman Schnabel at the “Quantum Universe” Excellence cluster at the University of Hamburg proved in a test experiment that quantum entanglement of laser light can increase the sensitivity of gravitational-wave observatories. The results of their studies where published in the recent edition of Nature Photonics.

Gravitational-wave observatories measure short-term stretches and compressions of space-time as caused by inspirals of two black holes or neutron stars. The observatories use laser interferometers that send two laser beams in perpendicular directions to mirrors at distances of several kilometers and combine the reflected beams.

Quantum nature of laser light, as manifested in the uncertainty of the photon rate, limits the measurement sensitivity of the observatories in two ways. On the one hand, the strength of the photon radiation pressure on the mirrors is uncertain, which produces a fluctuating motion of the mirrors, masking signal from gravitational waves. On the other hand, the light power in the output of the interferometer fluctuates, producing noise in the photodetectors. It is possible to reduce these noises by using more light power, heavier mirrors, longer arms in the detector or light with squeezed quantum uncertainty.

Since April 2019, all gravitational-wave observatories use laser light with squeezed quantum uncertainty to increase the measurement sensitivity. However, this technique only allows improvements for signals above 100 Hz, where fluctuations in the output laser power dominates. The newly invented technique enables scientists to increase the sensitivity for gravitational-wave signal below 100 Hz, by additionally suppressing quantum radiation-pressure fluctuations. For this purpose, the laser beam of the observatory is entangled with a second, weak laser beam. The quantum uncertainties of entangled light beams are correlated. When overlapping the entangled beams in the output of the observatory the correlated uncertainties cancel each other almost perfectly at all signal frequencies. This increases the resolution for all gravitational-wave signals. With this technique the costs for the operation of a gravitational-wave observatory can potentially be decreased significantly.

“For many years it was unclear how we can use the quantum correlations to simultaneously reduce the uncertain radiation pressure as well as the uncertain light power in the output”, Roman Schnabel explains. “Our calculations from two years ago showed that two entangled laser fields need to have a little shift in their wavelengths, which in turn depends on the distance of the mirrors in the arms of the observatory”.

Dr. Jan Südbeck has received a doctorate on this topic at the University of Hamburg.