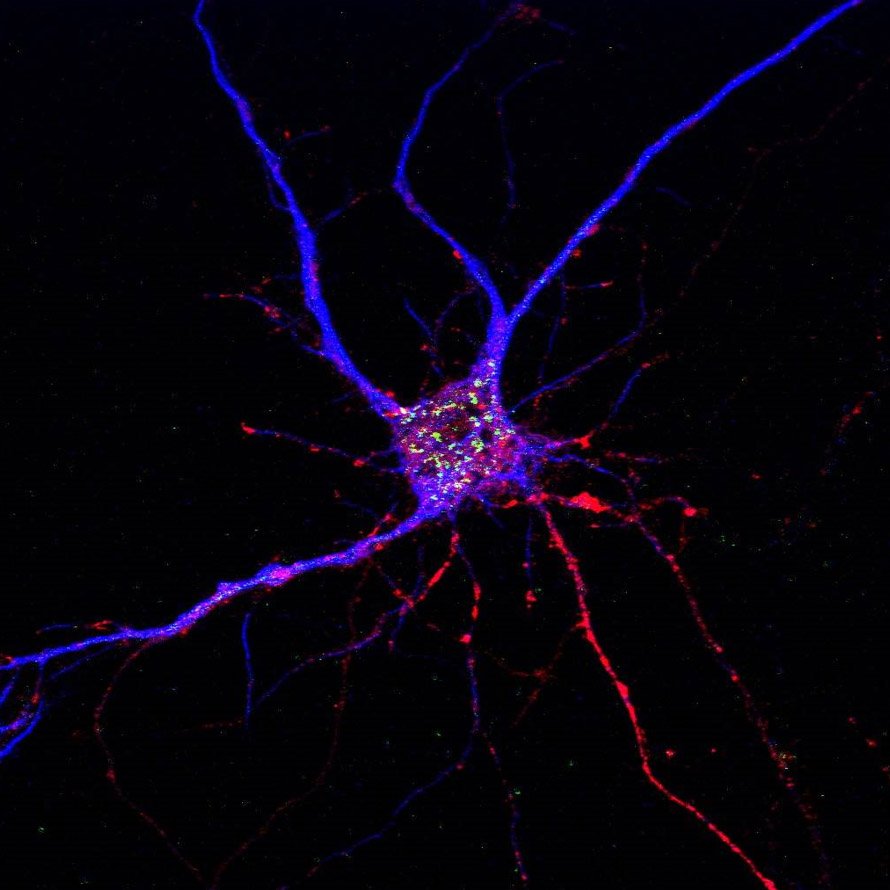 UQ researchers have discovered a potential drug target for Alzheimer’s disease — an enzyme which has effects on both the immune and nervous systems.

Dr Ramón Martínez-Mármol and Professor Frédéric A. Meunier from the Queensland Brain Institute Clem Jones Centre for Ageing Dementia Research found that targeting one enzyme could combat the disease on two fronts.

A potential drug target for Alzheimer’s disease has been discovered, affecting both neurons and brain immune cells.

“In nerve cells, the enzyme dPI3K produces a toxic peptide which accumulates into plaques in the brain of Alzheimer’s disease patients, causing havoc,” Dr Martínez-Mármol said.

“Our study shows that the enzyme is also involved in the secretion of one of the most important signalling proteins involved in inflammation. Most treatments focus on only one aspect of the disease; we want to change this point of view and focus on developing therapies that touch different aspects of the disease, like the combined approaches used to treat cancer. Alzheimer’s is a complex disease that involves more than nerve cells, so let’s try to develop drugs that will work on both the brain and the immune system.”

To confirm they had identified a potential drug target, Dr Martínez-Mármol knocked out the enzyme in mice with Alzheimer’s disease and found the levels of plaques in the brain and the inflammatory response were all back to normal.

“We were surprised to find that having none of the enzyme in their system, the offspring of this cross didn’t have Alzheimer’s disease at all — the mice were completely normal with intact memory,” Dr Martínez-Mármol said. “These offspring still produced toxic peptides but for some reason they did not accumulate into plaques; we found no plaques in the brains of these animals and no inflammatory response at all.”

After confirming dPI3K as a potential target for Alzheimer’s disease, Dr Martínez-Mármol tested drugs that affect it.

“We found a drug targeting this enzyme had already been used to treat leukaemia—we used it to treat cells taken from mice with the disease and found that the movement of the toxic peptide inside the cells reduced,” he said.

The study was published in Journal of Neuroscience and supported by organisations including Australia’s National Health and Medical Research Council Boosting Dementia Research Initiative and the Clem Jones Foundation.