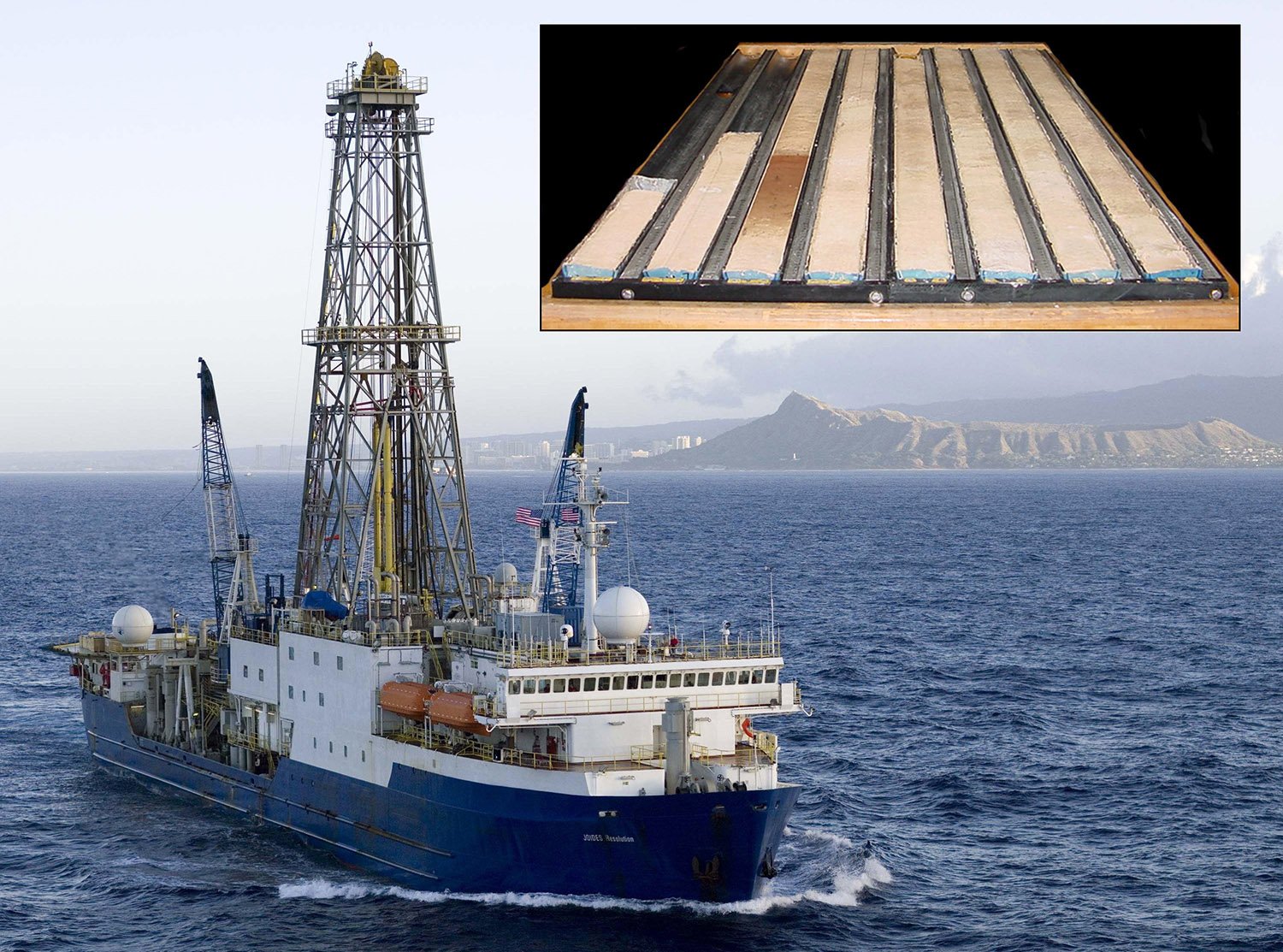 The same goes for climate cycles. The cycles in daily and annual sunlight cause the familiar diel swings in temperature and the seasons. On geologic time scales (thousands to millions of years), variations in Earth’s orbit are the pacemaker of the ice ages (so-called Milankovi? cycles). Changes in orbital parameters include eccentricity (the deviation from a perfect circular orbit), which can be identified in geological archives, just like a fingerprint.

However, geologists and astronomers have struggled to extend the astronomical time scale further back than about fifty million years due to a major roadblock: solar system chaos, which makes the system unpredictable beyond a certain point.

On the one hand, Zeebe and Lourens analyzed sediment data from drill cores in the South Atlantic Ocean across the late Paleocene and early Eocene, ca. 58-53 million years ago (Ma). The sediment cycles displayed a remarkable expression of one particular Milankovi? parameter, Earth’s orbital eccentricity. On the other hand, Zeebe and Lourens computed a new astronomical solution (dubbed ZB18a), which showed exceptional agreement with the data from the South Atlantic drill core.

“This was truly stunning,” Zeebe said. “We had this one curve based on data from over 50-million-year-old sediment drilled from the ocean floor and then the other curve entirely based on physics and numerical integration of the solar system. So the two curves were derived entirely independently, yet they looked almost like identical twins.”

Zeebe and Lourens are not the first to discover such agreement – the breakthrough is that their time window is older than 50 Ma, where astronomical solutions disagree. They tested 18 different published solutions but ZB18a gives the best match with the data.

The implications of their work reach much further. Using their new chronology, they provide a new age for the Paleocene-Eocene boundary (56.01 Ma) with a small margin of error (0.1%). They also show that the onset of a large ancient climate event, the Paleocene-Eocene Thermal Maximum (PETM), occurred near an eccentricity maximum, which suggests an orbital trigger for the event. The PETM is considered the best paleo-analog for the present and future anthropogenic carbon release, yet the PETM’s trigger has been widely debated. The orbital configurations then and now are very different though, suggesting that impacts from orbital parameters in the future will likely be smaller than 56 million years ago.

Zeebe cautioned, however, “None of this will directly mitigate future warming, so there is no reason to downplay anthropogenic carbon emissions and climate change.”

Regarding implications for astronomy, the new study shows unmistakable fingerprints of solar system chaos around 50 Ma. The team found a change in frequencies related to Earth’s and Mars’ orbits, affecting their amplitude modulation (often called a “beat” in music).

“You can hear amplitude modulation when tuning a guitar. When two notes are nearly the same, you essentially hear one frequency, but the amplitude varies slowly – that’s a beat,” Zeebe explained. In non-chaotic systems, the frequencies and beats are constant over time, but they can change and switch in chaotic systems (called resonance transition). Zeebe added, “The change in beats is a clear expression of chaos, which makes the system fascinating but also more complex. Ironically, the change in beats is also precisely what helps us to identify the solution and extend the astronomical time scale”.