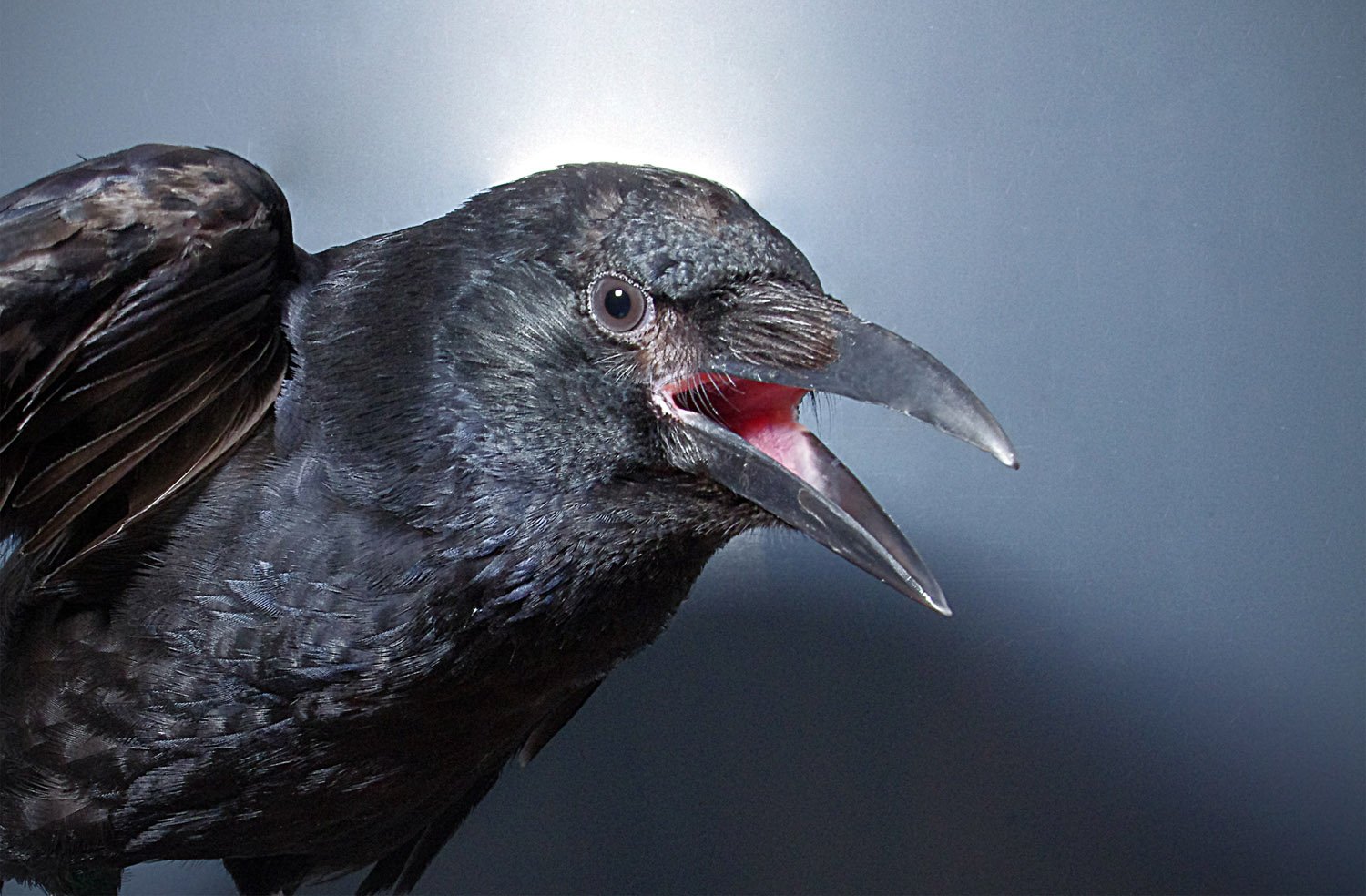 Crows can voluntarily control the release and onset of their calls, suggesting that songbird vocalizations are under cognitive control, according to a study published August 27 in the open-access journal PLOS Biology by Katharina Brecht of the University of Tübingen, and colleagues.

Songbirds are renowned for their acoustically elaborate songs; these show a degree of flexibility, potentially indicating that they are under conscious control. However, the observed variability in vocalizations might simply be driven by involuntary mechanisms, and need not be based on cognitive control. In the new study, Brecht and colleagues directly tested the idea that songbirds deliberately control their calls, in the sense that they can be emitted or inhibited at will, as opposed to being knee-jerk responses to food, mates, or predators.

The findings show that trained carrion crows (Corvus corone), songbirds of the corvid family, can exert control over their calls in a goal-directed manner. In a detection task, three male carrion crows rapidly learned to emit calls in response to a visual cue (colored squares) with no inherent meaning (“go-trials”), and to withhold calls in response to another cue. Two of these crows were then trained on a task with the cue colors reversed, in addition to being rewarded for withholding vocalizations to yet another cue (“nogo-trials”).

Vocalizations in response to the detection of the go-cue were precise timed and highly reliable in all three crows. The crows also quickly learned to withhold calls in nogo-trials, showing that vocalizations weren’t produced by an anticipation of a food reward in correct trials. According to the authors, further work is needed to evaluate the neurobiological basis of such cognitive vocal control in birds.

“Our study shows that crows can be thaught to control their vocalizations, just like primates can, and that their vocalizations are not just a reflexive response. This finding not only demonstrates once again the cognitive sophistication of the birds of the crow family. It also advances our understanding of the evolution of vocal control.”