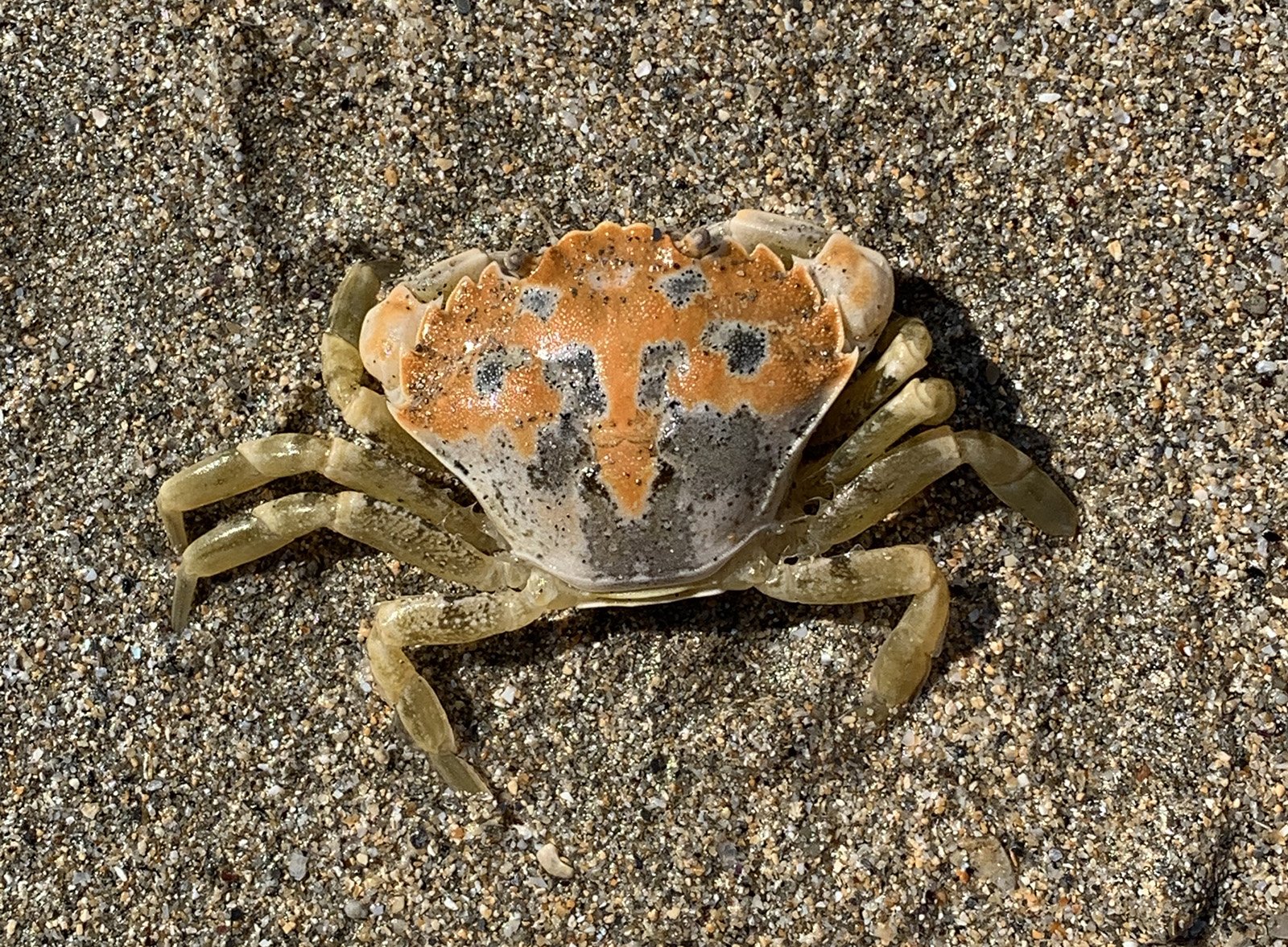 University of Exeter scientists compared the colour patterns of common shore crabs (Carcinus maenas) from rock pools with those living on mudflats.

Shore crabs are the most common crab found on Britain’s coasts, familiar to anyone who goes rock pooling, and the crabs examined in this study came from six sites in Cornwall.

“The crabs are highly variable in colour and pattern, and are often extremely difficult to see,” said Professor Martin Stevens, of the Centre for Ecology and Conservation on the University of Exeter’s Penryn Campus in Cornwall.

“As we predicted, rock pool individuals had significantly higher levels of disruption, and this seems an effective way to disguise the body’s outline in the complex rock pool backgrounds where matching the colour of the environment is often not possible.

“In contrast, mudflat crabs closely matched the mud in terms of colour, brightness and pattern but lacked high-contrast disruptive markings that might give them away in the uniform mudflat environment.”

While a great deal of work has investigated the use of disruptive and background matching camouflage, most of this has been undertaken in artificial systems. The work here tests the different use of camouflage types by real animals in different habitats.

“Shore crabs are often assumed to be dull and green, but in fact they can be extremely colourful and every individual can look completely different. Our study goes part of the way to explaining why shore crabs are so diverse,” said Professor Stevens.

The paper, published in the journal Scientific Reports, is entitled: “Background matching and disruptive coloration as habitat-specific strategies for camouflage.”