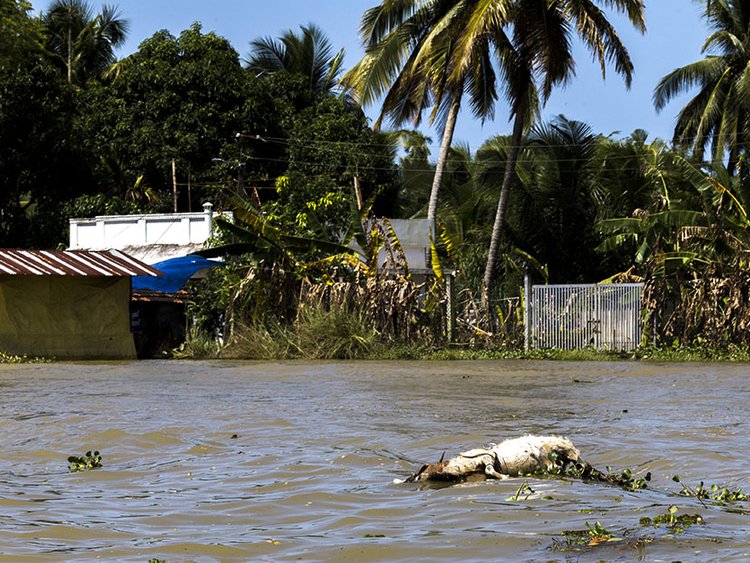 A team of scientists, led by the University of Bristol, have used climate models and geological records to better understand changes in the East Asian monsoon over long geologic time scales.

Their findings, published today in the journal Science Advances, suggest that the monsoon system’s development was more sensitive to changes in geography (especially mountain height) rather than carbon dioxide, and that the monsoon came into existence around 40 million years earlier than previously thought.

The monsoon system peaked in strength about five million years ago, when the region experienced ‘super monsoons’ that were significantly stronger than today.

The East Asian monsoon covers a major portion of the largest continent on Earth, carrying moist air from the Indian and Pacific Oceans that leads to significant amounts of rainfall in the summer in Japan, the Koreas, and much of mainland China.

Understanding the behaviour of the monsoon is essential as it provides water for agriculture, hydroelectric power and industrial development to more than 1.5 billion people.

Dr Alexander Farnsworth from the University of Bristol’s School of Geographical Sciences, led the research. He said: “No one really knows how old the East Asian Monsoon is and whether it is a more recent phenomenon or if it has existed for tens or hundreds of millions of years. Using our approach, we can, for the first time, really understand and characterise the long-term behaviour of the East Asian monsoon and its response in much warmer worlds of the past.”

Professor Dan Lunt, also from the University of Bristol, added: “We found that the East Asian monsoon varied remarkedly through time and in certain periods has been much stronger in the past than today, even reaching ‘super-monsoon’ conditions around five million years ago.”

The team also discovered that such large changes in the past monsoon were the result of changing local and global geography such as the height and extent of Tibet and the presence or absence of a seaway in North America). Relative to this, there appears to have been little sensitivity of the monsoon to changing carbon dioxide concentrations in warmer worlds of the past.

The approach undertaken by the scientists to reconstruct the history of the monsoon was to compare observations from the geological record which provide evidence for changes in rainfall with climate models that varied CO2 and geography allowing an exploration of the factors controlling its behaviour.

The team collated evidence from ‘proxies’ (indirect indicators of climate from the geological record) to reconstruct how rainfall has changed in East Asia over the last 145 million years, including at times when the world was much warmer than today. These observations point to significant changes in rainfall over this period in East Asia.

However, determining the cause of these changes is difficult because the proxies have poor spatial and temporal coverage and do not provide insights into the roles of different drivers.

Instead, climate models can be used understand the root causes of change, through simulating the last 145 million years of climate variations in order to aid in the interpretation of the proxy observations and, crucially, to understand the important processes leading to changes in the East Asian monsoon through geological time.

Dr Stuart Robinson from the University of Oxford, another co-author, said: “This work very nicely demonstrates the power of using climate models and geology together. Inferences of climate based upon sediments and fossils provide us with a narrative of past climate change whilst the models provide us with the ability to understand the physical climate processes and the sensitivity of these processes to different factors, like CO2 and geography.”