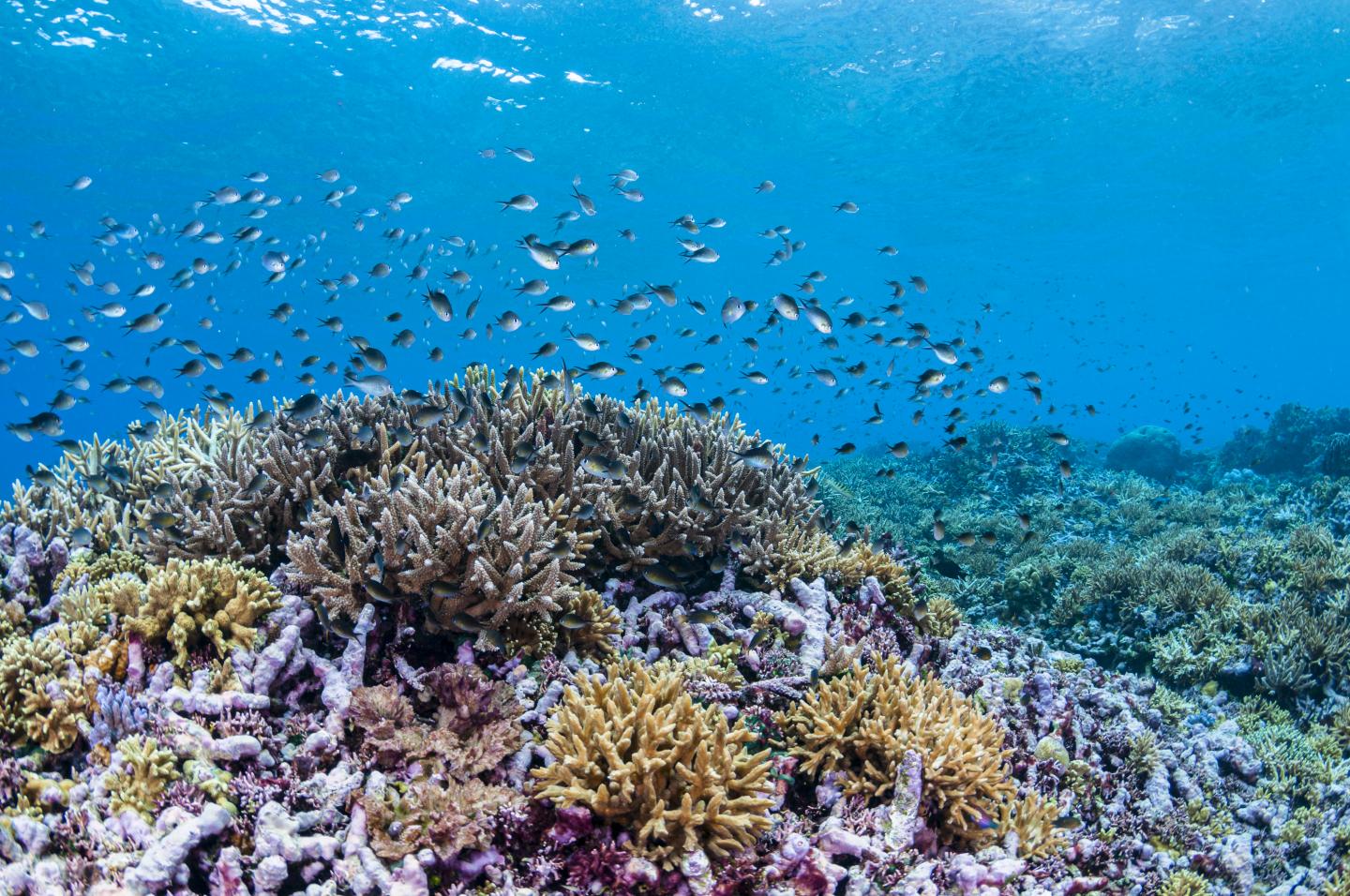 Coral species richness at different depths is unrelated to energy availability, according to a new study analysing diversity across an Australasian reef.

Research from James Cook University, Lancaster University, the University of Copenhagen and Queensland University of Technology, published in Biology Letters, reveals neither energy availability alone, nor in combination with other local factors, accounts for differences in the diversity of coral species across depth.

This allowed the team to conduct a robust test of the drivers that underlie how corals are distributed over depth for the first time, enabling them to test the theory that there will be a greater species diversity where there is greater available energy.

For corals, the highest diversity was expected in the shallows because they depend on energy from sunlight. To test this idea, researchers surveyed diversity at depths of between 0 and 45 metres, reaching significantly deeper than most previous surveys, and covering 98 per cent of the light gradient.

In contrast to the expectations based on the theory, the research revealed that coral diversity among the team’s samples was highest at depths of between 15 and 20 metres.

Lead author Dr Edward Roberts, of James Cook University, said: “Our understanding of how coral diversity varies across depth has been limited by a lack of high quality data due to the difficulty of deeper surveys. We were able to overcome that in our survey in Kimbe Bay. This allowed us to test the classic Species Energy hypothesis that proposes the greater the energy available, the greater the diversity, as theoretically more energy allows more individuals to co-exist. This in turn allows more species to maintain large enough populations to avoid local extinction. Our results do not agree with this classic explanation of how diversity changes with energy. Instead, the shallowest depths had fewer species, a pattern also poorly explained by alternative explanations such as competition between corals or environmental disturbance.”

The results of the research provide cause to find new theories about diversity distribution.

Co-author Dr Sally Keith, of Lancaster Environment Centre, said: “Hyper-diverse corals reefs are ideal ecosystems to test theories about how diversity is distributed in nature, so it is really interesting that our results do not support the classic hypotheses. More broadly, our analyses cast doubt on the suitability of these hypotheses more generally across terrestrial, marine and freshwater systems, suggesting that ecologists might need to rethink the underlying causes of these fundamental patterns of diversity.”