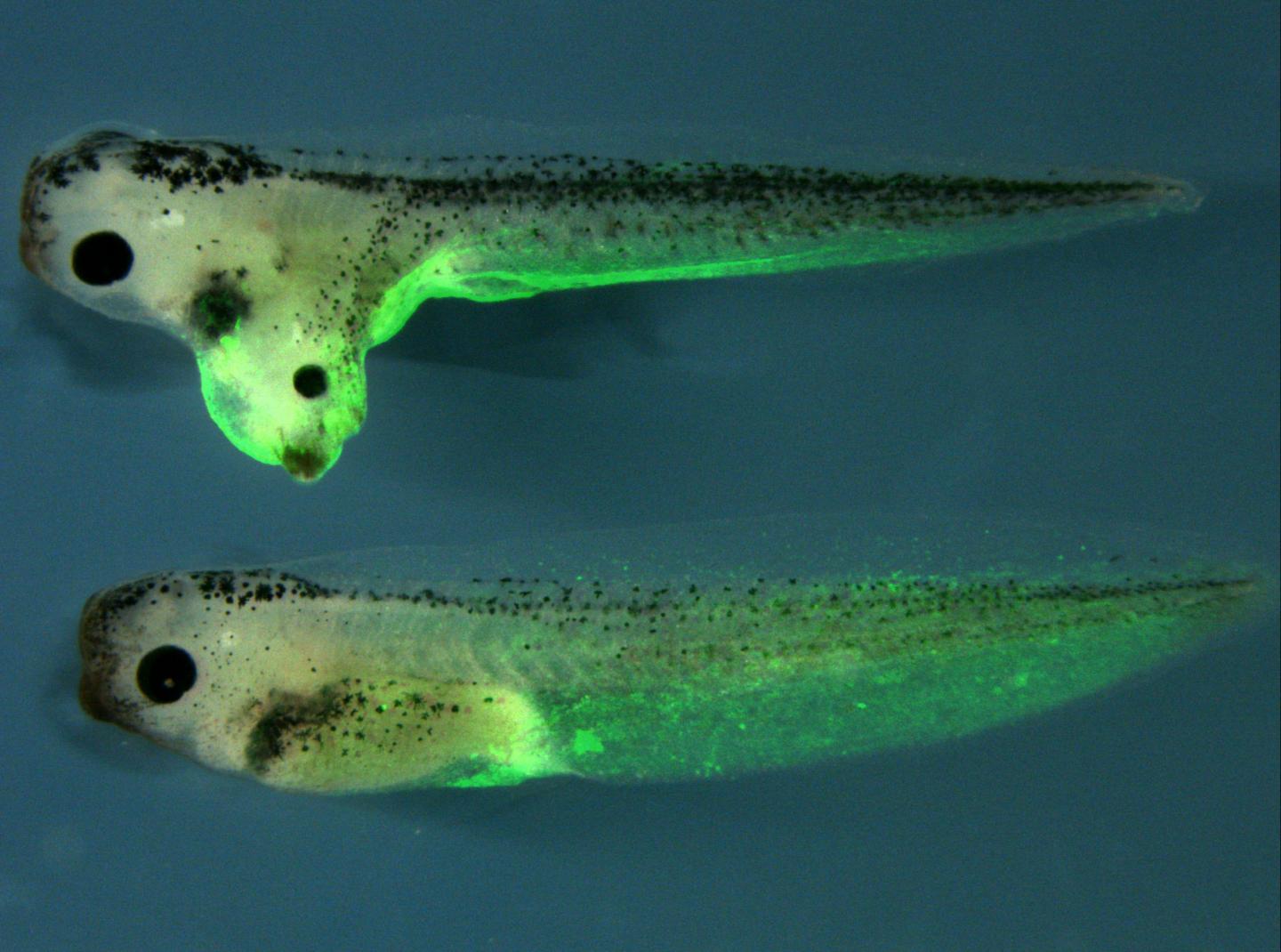 Tadpoles of frogs that can typically regrow amputated tails or limbs lost their ability to regenerate after researchers blocked the expression of a newly identified gene that is one of the drivers for this regrowth. Furthermore, scientists hypothesize that the loss of appendage regeneration in warm-blooded animals might have been caused by the gain or loss of this gene, dubbed c-Answer, in an ancestor’s genome during evolution. The work appears October 22 in the journal Cell Reports.

“We suppose that genes can only disappear if removing them has advantages for the animal,” says first author Daria Korotkova of the Shemyakin-Ovchinnikov Institute of Bioorganic Chemistry in Moscow. “So, we suggest that when this gene disappeared from warm-blooded species it was by a mutation, acting as a trade-off for the loss of appendage regeneration.”

Using a computer algorithm, the researchers identified several genes that disappeared in the genomes of warm-blooded vertebrates, including humans, but are present in cold-blooded ones. They did this by searching the DNA of African clawed frogs, Xenopus laevis, to determine which genes code for regeneration. They then looked for similar DNA patterns in warm-blooded species, such as chicks, and noted anywhere a gene differed. They then selected one of the identified cold-blooded specific genes, encoding for previously unknown transmembrane protein, and named it c-Answer (cold-blooded animals specific wound epithelium receptor-like).

The research team, including Korotkova, Andrey Zaraisky, Vassily Lyubetsky, Anastasiya Ivanova, Lev Rubanov, Alexander Seliverstov, Oleg Zverkov, Natalia Martynova, Alexey Nesterenko, Maria Tereshina, and Leonid Peshkin, then overexpressed or blocked c-Answer in tadpole embryos. They discovered that enhancing c-Answer allowed tadpoles to regenerate lost tails earlier in their life than those that hatched naturally, whereas tadpoles with c-Answer blocked could transition into frogs but could not regenerate amputated appendages.

“C-Answer modulates at least two important molecular pathways that are common to all vertebrates,” says senior author Zaraisky, head of the laboratory of molecular bases of embryogenesis at the Shemyakin-Ovchinnikov Institute of Bioorganic Chemistry. “Its loss in evolution might alter the functioning of these pathways and, accordingly, lead to major physiological transformations.”

“We also found that over expression of c-Answer causes advanced brain growth and larger eyes, which surprised us, since it means c-Answer modulates for regeneration and brain development,” says Korotkova. “However, it was observed that when c-Answer is blocked, Xenopus laevis tadpoles had smaller brains, so there is still work to be done in order to better understand this relationship.”