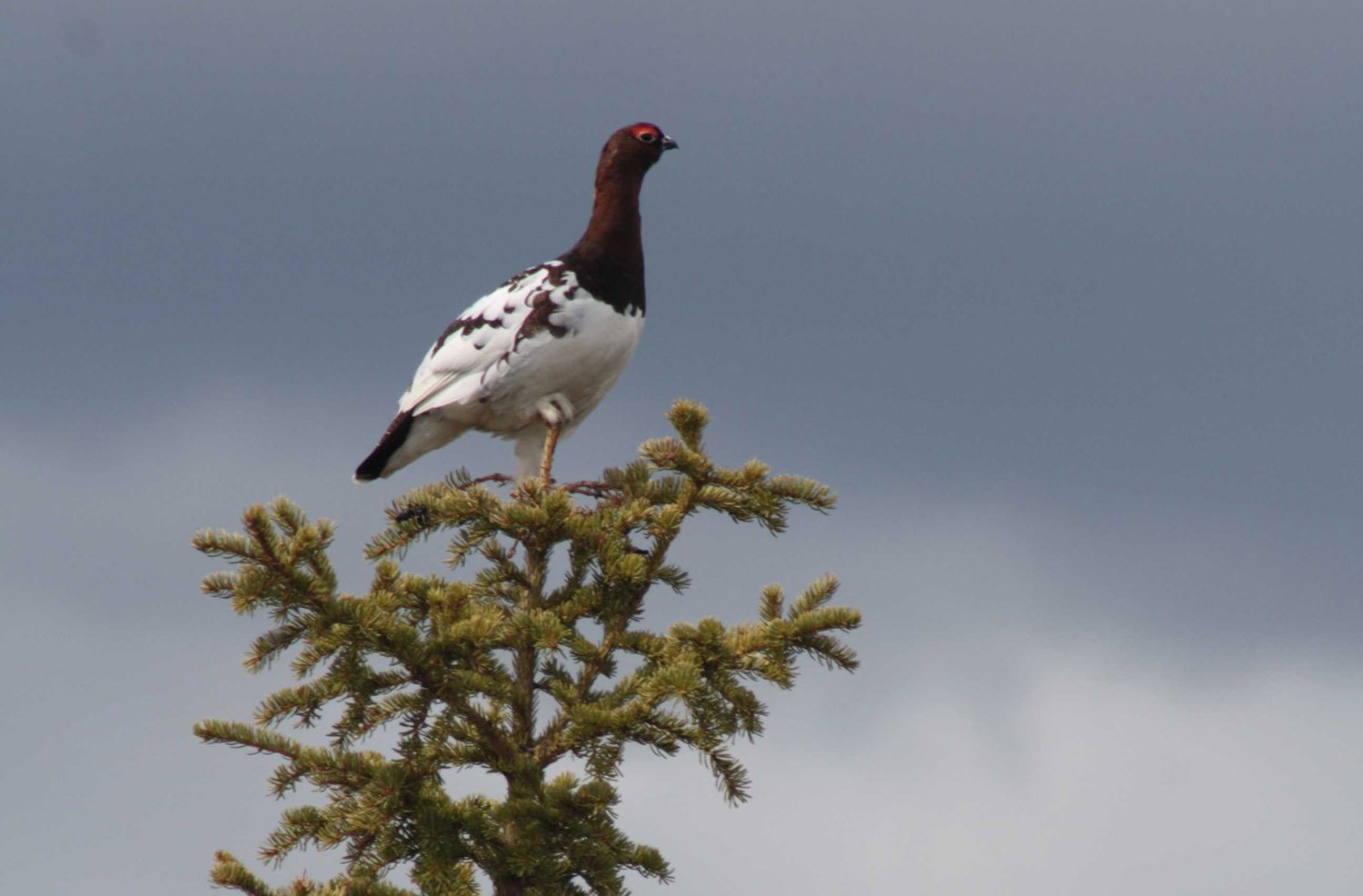 A global study comparing 2,062 birds finds that, in highly variable environments, birds tend to have either larger or smaller brains relative to their body size. Birds with smaller brains tend to use ecological strategies that are not available to big-brained counterparts. Instead of relying on grey matter to survive, these birds tend to have large bodies, eat readily available food and make lots of babies.

The new research from biologists at Washington University in St. Louis appears Aug. 23 in the journal Nature Communications.

“The fact is that there are a great many species that do quite well with small brains,” said Trevor Fristoe, formerly a postdoctoral researcher at Washington University, now at the University of Konstanz in Germany.

“What’s really interesting is that we don’t see any middle ground here,” Fristoe said. “The resident species with intermediate brain size are almost completely absent from high latitude (colder and more climatically variable) environments. The species that don’t go all in on either of the extreme strategies are forced to migrate to more benign climates during the winter.”

“Having a large brain is typically associated with strong energetic demands and a slower life-history,” said Carlos Botero, assistant professor of biology in Arts & Sciences and co-author of the paper. “Free from these constraints, species with small brains can exhibit traits and lifestyles that are never seen in larger-brained ones.

“What we found is that alternative ecological strategies that either increase or decrease investments in brain tissue are equally capable of coping with the challenges of living in high-latitude environments,” he said.

Because the brain is such a costly organ to develop and maintain, biologists have long been interested in understanding how large brain size – in all species – could have evolved.

One hypothesis is based around the idea that one of the main advantages of possessing a big brain is that it allows for a high degree of behavioral flexibility. With flexibility comes the ability to respond to different conditions – such as wide swings in temperature, or changes in food availability.

The so-called cognitive buffer hypothesis is not the only possible explanation for the evolution of brain size – but it is an important and influential one.

Relative brain size is a measure of the size of the brain as compared to the body – think: an ostrich’s brain might be much bigger than a chickadee’s brain, but so is the ostrich’s body. Predictably, the global distribution of relative brain size of birds follows a bell curve, with most species landing squarely in the middle, and only a handful of outliers with relatively large or relatively small brains.

Previous studies had found general trends towards larger relative brain sizes in higher latitudes, where conditions are more variable – consistent with the cognitive buffer hypothesis. Fristoe and Botero’s new study is different because it looks at the full distribution of brain sizes across environments, allowing them to test whether different sizes are over- or under-represented.

Excluding contributions from migrants – the birds that live in polar or temperate environments only during more favorable times of the year – the researchers found that at high latitudes, bird brain size appears to be bimodal. This morphological pattern means that bird brains are significantly more likely to be relatively large, or relatively small, compared to body size.

What was going on here? Fristoe, born in Alaska, had a few ideas.

In fact, Fristoe suggests that the Alaska state bird, the ptarmigan, might be a good poster child for the small-brained species. Endearing though she is – with her plushy bosom, feathered feet and unusual chuckling call – she’s not exactly known for her smarts. The ptarmigan can, however, chow down on twigs and willow leaves with the best of them.

“In our paper, we find that small-brained species in these environments employ strategies that are unachievable with a large brain,” Fristoe said. “First, these species are able to persist by foraging on readily available but difficult to digest resources such as dormant plant buds, the needles of conifers, or even twigs.

“These foods can be found even during harsh winter conditions, but they are fibrous and require a large gut to digest,” he said. “Gut tissue, like brain tissue, is energetically demanding, and limited budgets mean that it is challenging to maintain a lot of both.

“We also found that these species have high reproductive rates, producing many offspring every year,” Fristoe said. “This would allow their populations to recover from high mortality during particularly challenging conditions. Because big-brained species tend to invest more time in raising fewer offspring, this is a strategy that is not available to them.”

In other words, maybe big brains are not all that.

“Brains are not evolving in isolation – they are part of a broader suite of adaptations that help organisms be successful in their lives,” Botero said. “Because of trade-offs between different aspects of that total phenotype, we find that two different lineages may respond to selection from environmental oscillations in completely different ways.

“Given that our own species uses its brain to cope with these changes, it is not really surprising that biologists, ourselves included, have historically exhibited a bias toward thinking about environmental variability as a force that drives the expansion of brain size,” Botero said. “But the interesting thing that we find here is that when we take a broader view, we realize that other strategies also work – and remarkably, the alternative here involves making a brain actually smaller!”