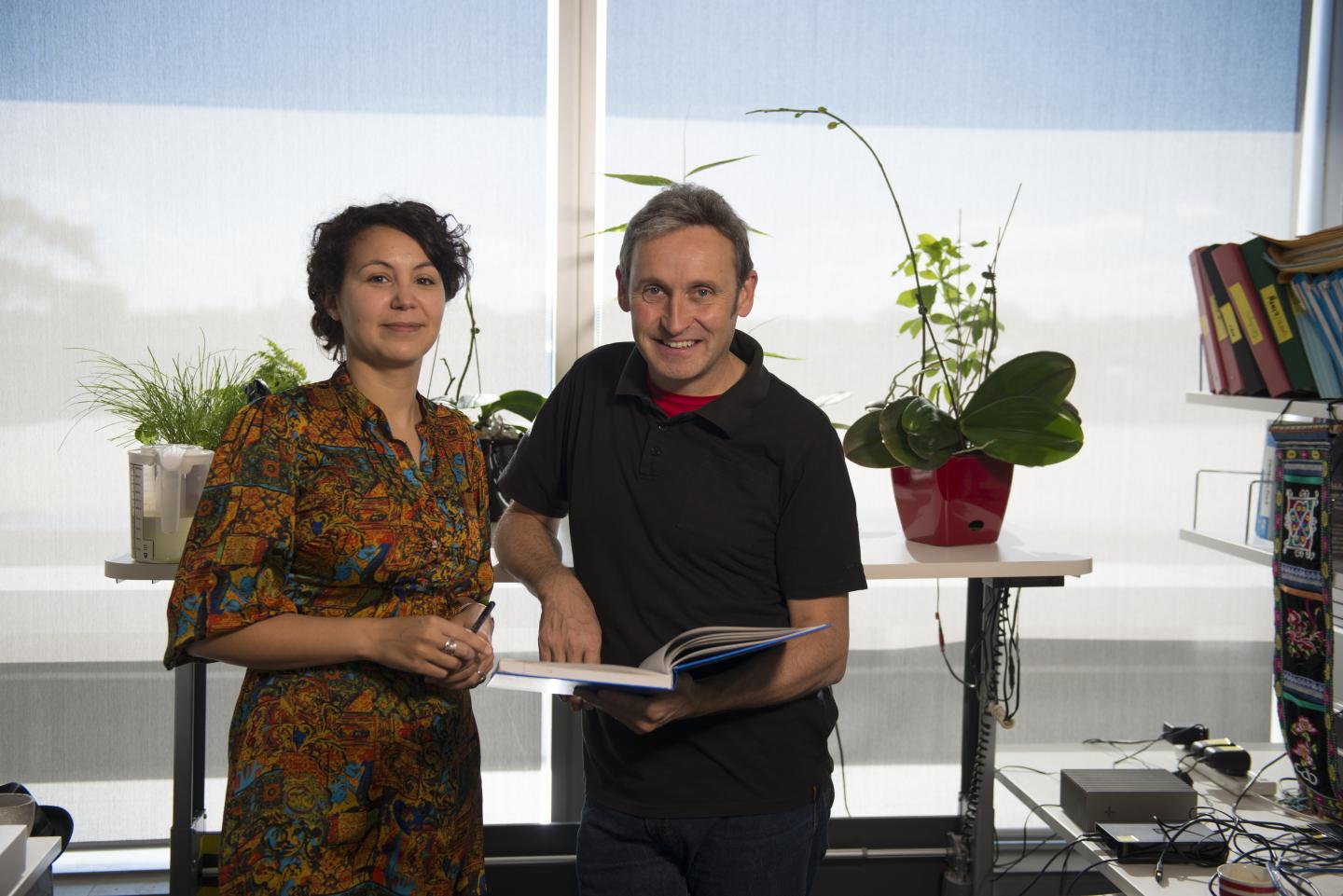 The researchers determined that the autoinflammatory disease, which they termed CRIA (cleavage-resistant RIPK1-induced autoinflammatory) syndrome, is caused by a mutation in a critical cell death component called RIPK1.

The research team was led by Dr Najoua Lalaoui and Professor John Silke from the Walter and Eliza Hall Institute of Medical Research, Australia, and Dr Steven Boyden, Dr Hirotsugu Oda and Dr Dan Kastner from the National Human Genome Research Institute at the National Institutes of Health (NIH), US. The study was published today in Nature.

Dr Lalaoui said the research team had identified a new human autoinflammatory disease and the associated mutation in a critical cell death molecule that was driving the disease.

“Cell death pathways have developed a series of inbuilt mechanisms that regulate inflammatory signals and cell death, because the alternative is so potentially hazardous,” she said. “However in this disease, the mutation in RIPK1 is overcoming all the normal checks and balances that exist, resulting in uncontrolled cell death and inflammation.”

Autoinflammatory diseases are caused by abnormal activation of the innate immune system, leading to recurrent episodes of fever and inflammation that can damage vital organs. In the paper, the researchers describe patients from three families with a history of episodic high fevers and painful swollen lymph nodes. The patients, who were diagnosed with a new autoinflammatory disease (CRIA syndrome), had a host of other inflammatory symptoms which began in childhood and continued into their adult years.

Dr Boyden said the first clue that the disease was linked to cell death was when they delved into the patients’ exomes – the part of the genome that encodes all of the proteins in the body.

“We sequenced the entire exome of each patient and discovered unique mutations in the exact same amino acid of RIPK1 in each of the three families,” Dr Boyden said. “It is remarkable, like lightning striking three times in the same place. Each of the three mutations has the same result – it blocks cleavage of RIPK1 – which shows how important RIPK1 cleavage is in maintaining the normal function of the cell.”

“We showed that mice with mutations in the same location in RIPK1 as in the CRIA syndrome patients had a similar exacerbation of inflammation,” she said.

Dr Dan Kastner – widely regarded as the ‘father of autoinflammatory disease’ – said the NIH team had treated CRIA syndrome patients with a number of anti-inflammatory medications, including high doses of corticosteroids and biologics. Although some of the patients markedly improved on an interleukin-6 inhibitor, others responded less well or had significant side effects.

“Understanding the molecular mechanism by which CRIA syndrome causes inflammation affords an opportunity to get right to the root of the problem,” Dr Kastner said.

Dr Kastner noted that RIPK1 inhibitors – which are already available on a research basis – may provide a focused, ‘precision medicine’ approach to treating patients.

“RIPK1 inhibitors may be just what the doctor ordered for these patients. The discovery of CRIA syndrome also suggests a possible role for RIPK1 in a broad spectrum of human illnesses, such as colitis, arthritis and psoriasis.”

Several laboratories at the Walter and Eliza Hall Institute are devoted to disentangling the complicated pathways associated with cell death. Cell death research began at the Institute in the 1980s, with the discovery that mutations in the Bcl-2 protein could keep cancer cells alive.

Professor Silke has been studying cell death pathways for more than 20 years, and said RIPK1 was a critical regulator of inflammation and cell death.

“RIPK1 is a potent molecule,” Professor Silke said. “The cell has developed a way of managing its effects, which includes cleaving RIPK1 into two pieces to ‘disarm’ the molecule and halt its inflammatory activity. In this autoinflammatory disease, the mutations are preventing the molecule from being cleaved into two pieces, resulting in uncontrolled cell death and inflammation.”

Professor Silke said RIPK1 was a complex protein, with a complicated role in cell death pathways.

“Mutations in RIPK1 can drive both too much inflammation – such as in autoinflammatory and autoimmune diseases – and too little inflammation, resulting in immunodeficiency. There is still a lot to learn about the varied roles of RIPK1 in cell death, and how we can effectively target RIPK1 to treat disease,” Professor Silke said.