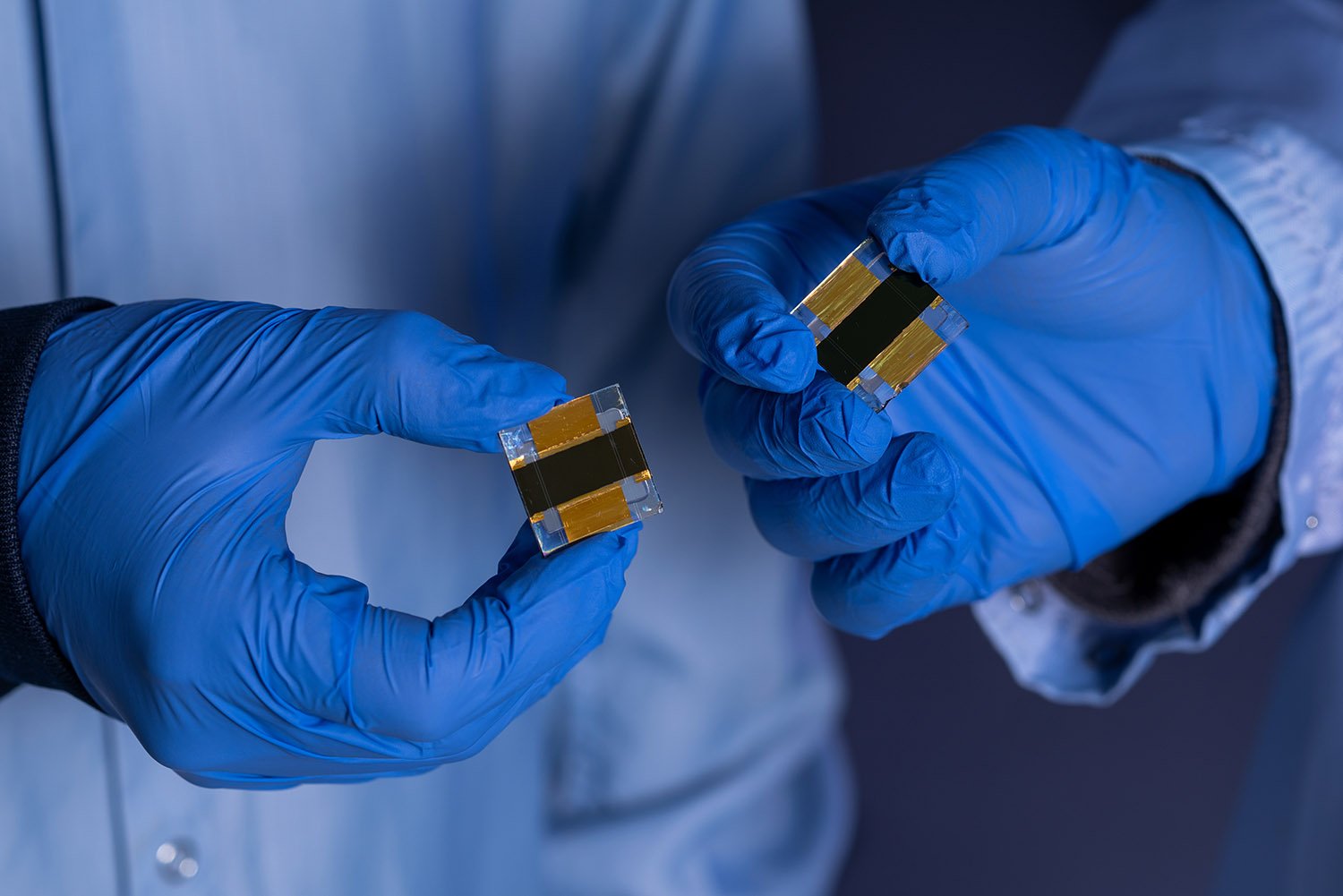 Researchers from the Australian National University (ANU) have broken new ground in solar cell energy efficiency and in the process provided a glimpse of the technology’s future.

The researchers have a set a new record of 21.6 per cent efficiency, the highest ever achieved for perovskite cells above a certain size.

This means 21.6 per cent of sunlight hitting the cells is converted into energy.

Associate Professor Thomas White says as a comparison, typical solar panels being installed on rooftops right now have efficiencies of 17-18 per cent.

“With perovskites the efficiency is now competitive, and cost is one of the big selling points. The real challenge now is making them stable enough to be used on a rooftop for example, where they have to be able to last 25 to 30 years in extreme temperatures.

“Ultimately, the aim is to combine these perovskites with silicon in a tandem solar cell. Putting the two materials together can potentially give us higher efficiencies than either one alone.”

Associate Professor White and his team have been working to improve perovskite solar cells for years.

“Ninety-five per cent of solar cells are made of silicon at the moment. It’s a very, very good material, but it’s going to reach the upper limit of its efficiency in the next five or 10 years,” Associate Professor White said. “To be able to make a really good tandem solar cell you’ve got to have both of your cells operating as efficiently as possible. Because silicon can’t get much better, we’ve been focusing on the perovskite half.”

“When they’re very small it’s difficult to measure them accurately, and it’s not necessarily representative of what would happen if you scaled up,” Associate Professor White said.

“So our result is the highest on a scale that many consider the minimum – one square centimetre.”

“An efficient solar cell must be able to produce both high voltage and high current,” said Dr Peng.

“It can be difficult to achieve both at the same time, but the nanostructured layer in our cells makes this possible.”

The team’s results were independently verified by the CSIRO Photovoltaics Performance Lab, the only laboratory in the Southern Hemisphere accredited to certify solar cell efficiencies to international standards.

This study was completed with the assistance of Australian Renewable Energy Agency funding.