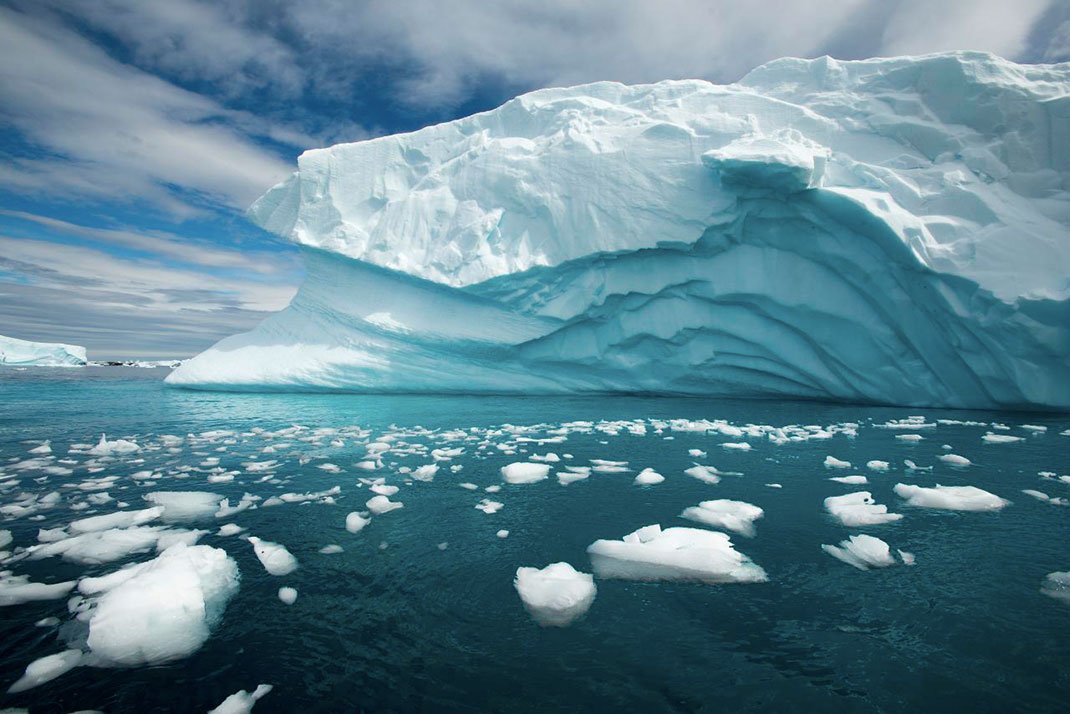 The increased freshwater from melting Antarctic ice sheets plus increased wind has reduced the amount of oxygen in the Southern Ocean and made it more acidic and warmer, according to new research led by University of Arizona geoscientists.

The researchers found Southern Ocean waters had changed by comparing shipboard measurements taken from 1990 to 2004 with measurements taken by a fleet of microsensor-equipped robot floats from 2012 to 2019. The observed oxygen loss and warming around the Antarctic coast is much larger than predicted by a climate model, which could have implications for predictions of ice melt.

“It’s the first time we’ve been able to reproduce the new changes in the Southern Ocean with an Earth system model,” said co-author Joellen Russell, a professor of geosciences.

The research is the first to incorporate the Southern Ocean’s increased freshwater plus additional wind into a climate change model, she said. The team used the National Oceanic and Atmospheric Administration’s ESM2M model.

“We underestimated how much influence that added freshwater and wind would have. When we add these two components to the model, we can directly and beautifully reproduce what has happened over the last 30 years,” she said.

Now, models will be able to do a better job of predicting future environmental changes in and around Antarctica, she said, adding that the Southern Ocean takes up most of the heat produced by anthropogenic global warming.

“One out of every eight carbon molecules that comes out of your tailpipe goes into the Southern Ocean,” Russell said. “Our model says that in the future, we may not have as big of a carbon sink as we were hoping.”

First author Ben Bronselaer led the effort to improve the climate models when he was a postdoctoral research associate in Russell’s lab. He is now a meteorological and oceanographic engineer at the British multinational oil and gas company BP in London.

The team’s paper, “Importance of wind and meltwater for observed chemical and physical changes in the Southern Ocean,” is scheduled for publication in Nature Geoscience on Jan. 6.

The National Science Foundation funds SOCCOM, with additional support provided by the National Oceanic and Atmospheric Administration, or NOAA, and NASA.

Russell leads the SOCCOM group that improves how the Southern Ocean is represented in computer models of global climate. She’s been studying the ocean around Antarctica for 25 years.

“My first research cruise in the Southern Ocean was in 1994. It was in the winter in the deep South Pacific. I had grown up in Alaska, and I knew what a blizzard felt like – and I had never felt winds like that before,” she said.

She’s been “obsessed” by the extreme Antarctic winter winds ever since, she said.

Russell and other scientists have been taking shipboard measurements in the waters around Antarctica for decades, but winter conditions make that extremely difficult. Moreover, the extent of the winter sea ice makes taking nearshore measurements from ships impossible, she said.

The robot floats SOCCOM began deploying in 2014 have solved that problem.

“The robot floats can go under the winter ice and work all winter long collecting data. The robot floats are the revolution in how we can even imagine looking at the evolution of the ice and the ocean,” she said. “We had never seen the winter-time chemistry under the ice.”

The floats revealed how much Antarctic waters had changed in the last several decades – a development global climate models had not predicted.

Bronselaer, Russell and their colleagues had previously added additional freshwater from melting ice sheets to climate models, but that revision did not reproduce the recent changes in the Southern Ocean’s chemistry.

“We didn’t observe it – but the model says we need it,” she said. “I’m proposing to NASA a satellite to go hunt for the missing wind.”