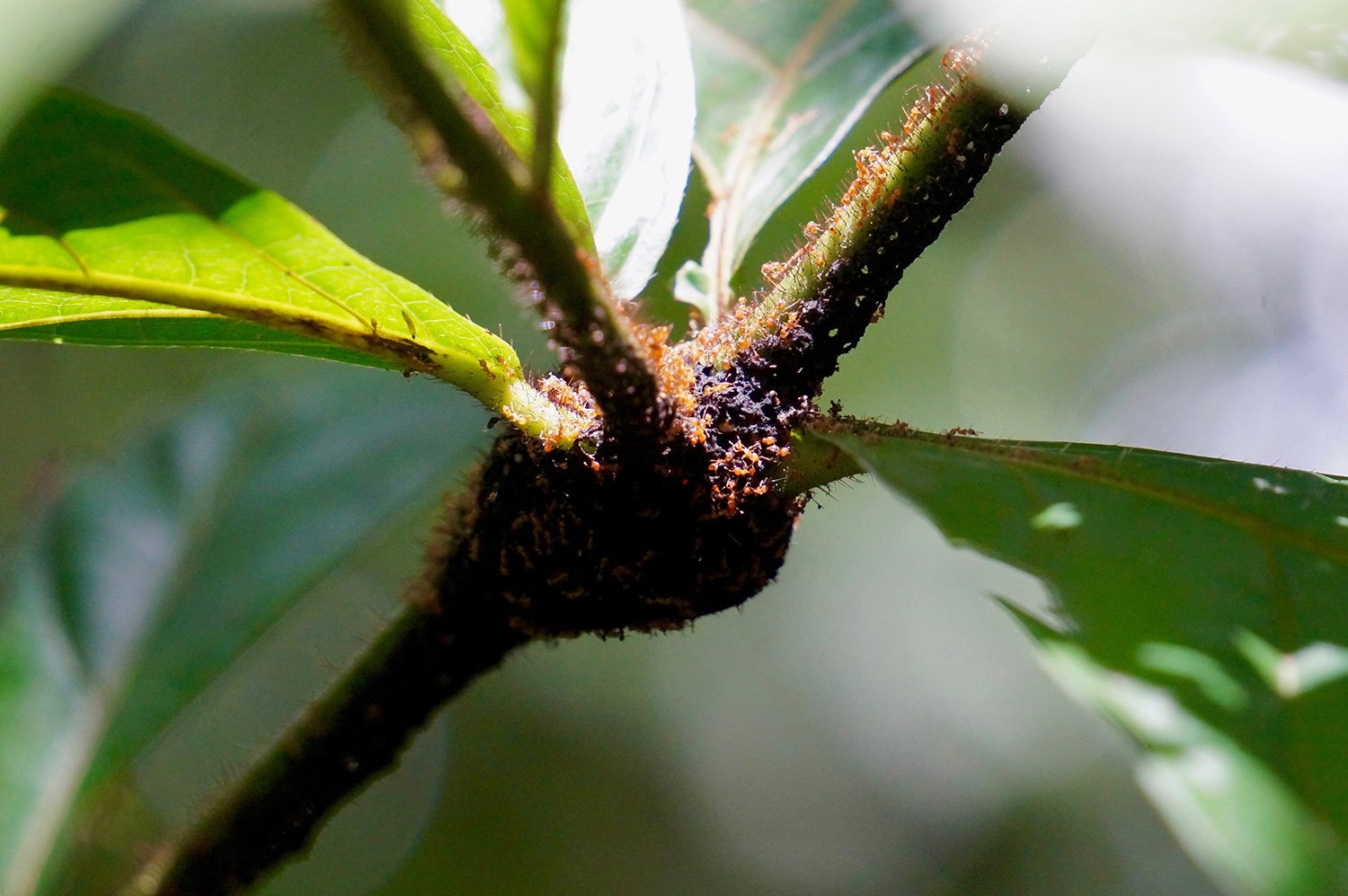 Partnerships between ant and plant species appear to arise from – but not drive – rapid diversification of ants into new species. Katrina Kaur of the University of Toronto (current institution is the University of British Columbia) and colleagues present these findings in PLOS Computational Biology.

Some plants and ants have mutually beneficial, or “mutualistic,” interactions: plants provide ants with food or shelter, while ants protect plants against herbivores or disperse their seeds. Previous research has shown that plants with ant partners diversify faster – showing a bigger net difference between extinction rates and the rise of new plant species – than do other plants.

Kaur and colleagues wondered if plants affect ant evolution similarly. However, the data they needed was buried in thousands of scientific papers each discussing just one or a few ant species. So, they wrote a computer program to “read” and extract data from over 89,000 paper abstracts, successfully assembling a large database of ant ecological interactions. Then, they mapped the data onto an ant evolutionary tree and modeled how partnering with plants has affected ant diversification.

The analysis produced unexpected results. The researchers hypothesized that ants would first evolve mutualism with plants and then diversify, but their model suggests the opposite: ants that are already rapidly diversifying are more likely to evolve a plant partnership. Once they do, their diversification rates slow.

“To our surprise, the intimate and often beneficial relationships that ants have with plants apparently did not help to generate the over 14,000 ant species on Earth today,” Kaur says. “Mutualism may put the brakes on the rise of new species or increase the threat of extinction because an ant’s fate becomes linked to its plant partner’s.”

The researchers plan to use their “text-mining” computer program to assemble an even larger database from thousands of additional papers in order to understand why ant-plant partnerships have different effects on ant versus plant evolution. A similar approach could also reveal insights about other species in mutualistic relationships, such as seed-dispersing birds or human gut microbes.