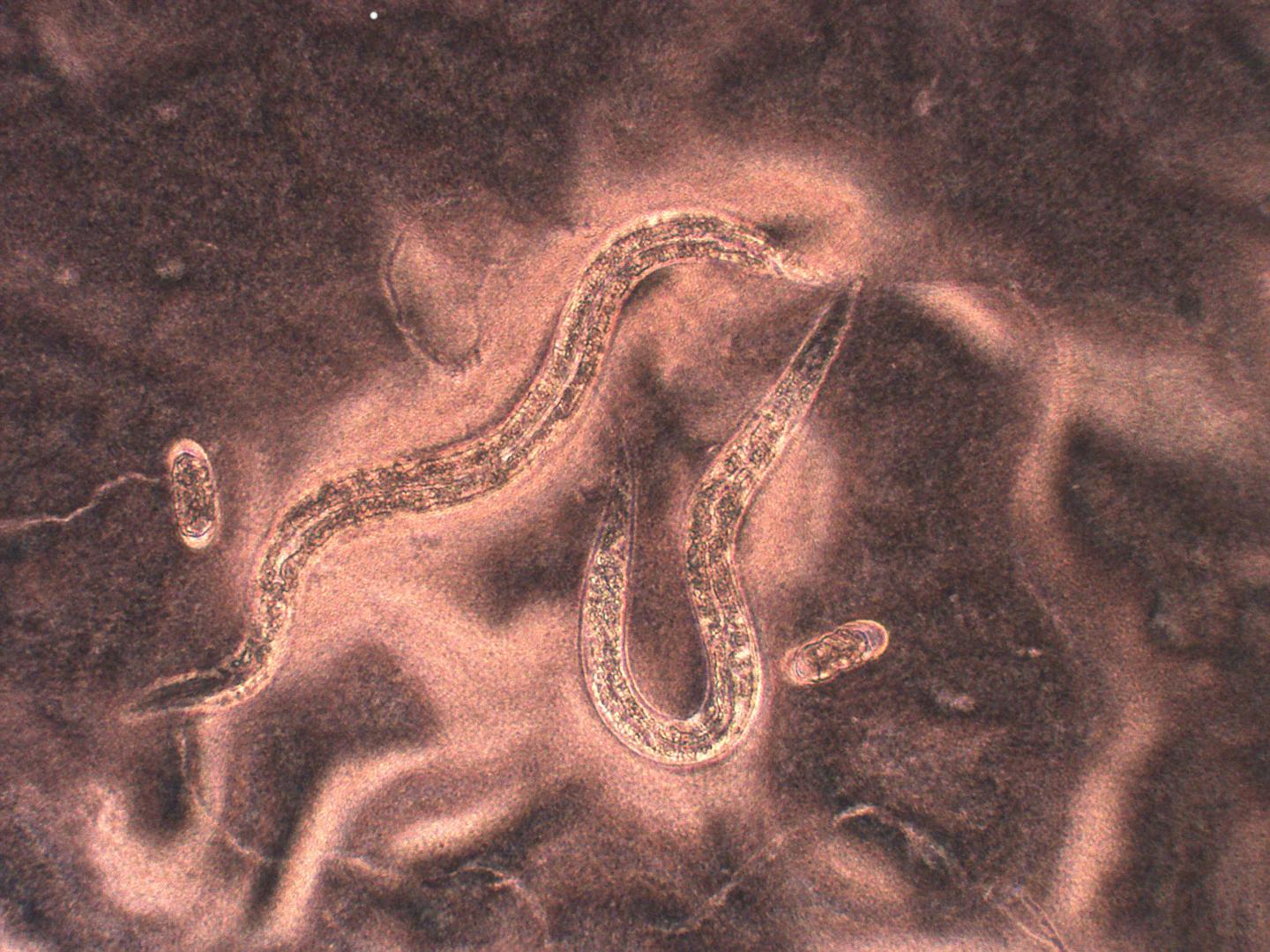 When scientists discovered a worm deep in an aquifer nearly one mile underground, they hailed it as the discovery of the deepest-living animal ever found. Now American University researchers, reporting in Nature Communications, have sequenced the genome of the unique animal, referred to as the ‘Devil Worm’ for its ability to survive in harsh, subsurface conditions. The Devil Worm’s genome provides clues to how an organism adapts to lethal environmental conditions. Future research into how it evolved could help humans learn lessons for how to adapt to a warming climate.

In 2008, Gaetan Borgonie from the University of Ghent and Princeton University geoscientist Tullis Onstott discovered the microscopic Devil Worm while investigating subterrestrial bacterial communities in active gold mines in South Africa. Borgonie and his team were stunned to discover the worm, a complex, multi-cellular animal thriving in an environment thought only livable for microbes, with high temperatures, little oxygen and high amounts of methane.

Researchers named the worm Halicephalobus mephisto, in honor of Mephistopheles, a subterranean demon from the medieval German legend Faust.

The Devil Worm is the first subterrestrial animal to have its genome sequenced. The genome offers evidence of how life can exist below Earth’s surface and opens up a new way of understanding how life can survive beyond Earth, said John Bracht, assistant professor of biology at American University who led the genome sequencing project.

The sequencing revealed that the genome encodes an unusually large number of heat-shock proteins known as Hsp70, which is notable because many nematode species whose genomes are sequenced do not reveal such a large number. Hsp70 is a well-studied gene that exists in all life forms and restores cellular health due to heat damage.

Many of the Hsp70 genes in the Devil Worm’s genome were copies of themselves. The genome also has extra copies of AIG1 genes, known cellular survival genes in plants and animals. More research will be needed, but Bracht believes the presence of copies of the gene signifies the worm’s evolutionary adaptation.

“The Devil Worm can’t run away; it’s underground,” Bracht explained. “It has no choice but to adapt or die. We propose that when an animal cannot escape intense heat, it starts making additional copies of these two genes to survive.”

By scanning other genomes, Bracht identified other cases where the same two gene families, Hsp70 and AIG1, are expanded. The animals he identified are bivalves, a group of mollusks including clams, oysters and mussels. They are heat-adapted like the Devil Worm. This suggests that the pattern identified in the Devil Worm may extend more generally to organisms unable to escape environmental heat. This work was also recently published in the Journal of Molecular Evolution with an AU Biology undergraduate first author, Megan Guerin.

‘The aliens have landed at AU‘

Bracht got the chance to sequence the unique worm’s genome as a post-doctoral fellow at Princeton University. He carried the project over to American University when he joined the biology faculty in 2014. Two biology master’s students working in his lab, Deborah Weinstein and Sarah Allen, contributed research and writing of the Nature Communications paper and are first and second authors, respectively, on the manuscript. Kathryn Walters-Conte, Ph.D., director of AU’s Master’s in Biotechnology program, also contributed to the paper.

Nearly a decade ago, the Devil Worm was unknown and living below the Earth’s surface. Now it’s a subject of study in science laboratories, including Bracht’s. When Bracht brought Devil Worms from a laboratory in South Africa that cultures them to his laboratory at AU, he recalls saying to his students that aliens landed at AU. The metaphor isn’t a stretch. NASA supports research of the Devil Worm for what it can teach scientists about the search for life beyond Earth.

“Part of this work entails looking for ‘biosignatures’ of life – stable chemical clues left behind by living things. We focus on a ubiquitous biosignature of organic life – genomic DNA – obtained from an animal that has adapted to an environment once considered uninhabitable to complex life: the deep terrestrial subsurface,” Bracht said. “It is work that might prompt us to broaden the search for extraterrestrial life to ‘uninhabitable’ exoplanets’ deep subterrestrial regions.”

Nematodes are well suited to studies of evolutionary adaptation, Bracht said. They have adapted to a diverse set of environments and are among the most abundant animals on earth. Future work involving the Devil Worm in Bracht’s lab will pinpoint Hsp70’s function, such as inactivating the gene to test its response to heat stress. Other work could involve gene-transfer studies in C.elegans, a type of heat-intolerant microscopic roundworm, to see if it becomes heat-resilient.