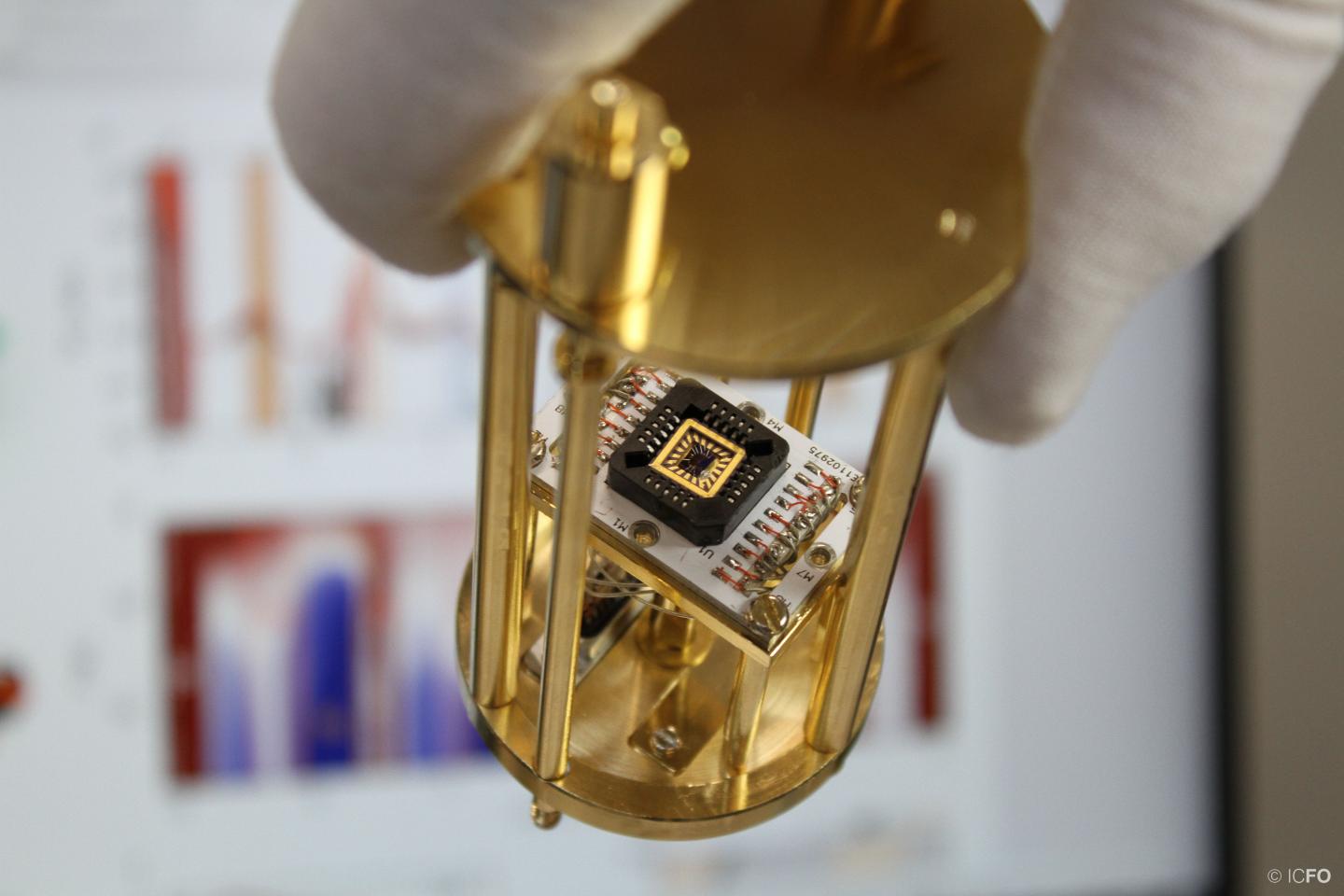 Last year, graphene made another major splash in the headlines when scientists discovered that by simply rotating two layers of this material one on top of the other, it could behave like a superconductor where electrical currents can flow without resistance. This new phase of matter was seen to appear only when the two graphene layers were twisted between each other at an angle of 1.1º (no more and no less) – the so-called magic angle, and was always accompanied by enigmatic correlated insulator phases, similar to what is observed in mysterious cuprate high-temperature superconductors.

Now, researchers from ICFO in Barcelona have succeeded in vastly improving the device quality of this setup, and in doing so, have stumbled upon something even bigger and totally unexpected. They were able to observe a zoo of previously unobserved superconducting and correlated states, in addition to an entirely new set of magnetic and topological states, opening a completely new realm of richer physics.

Room temperature superconductivity is the key to many technological goals such as efficient power transmission, frictionless trains, or even quantum computers, among others. When discovered more than 100 years ago, superconductivity was only plausible in materials cooled down to temperatures close to absolute zero. Then, in the late 80’s, scientists discovered high temperature superconductors by using ceramic materials called cuprates. In spite of the difficulty of building superconductors and the need to apply extreme conditions (very strong magnetic fields) to study the material, the field took off as something of a holy grail among scientists based on this advance. Since last year, the excitement around this field has increased. The double mono-layers of carbon have captivated researchers because, in contrast to cuprates, their structural simplicity has become an excellent platform to explore the complex physics of superconductivity.

The new study recently published in Nature was carried out by ICFO researchers Xiaobo Lu, Petr Stepanov, Mohammed Ali Aamir, Ipsita Das, led by ICFO Prof. Dmitri Efetov, with support from ICFO Prof. Adrian Bachtold’s research lab, and in collaboration with an interdisciplinary group from UT Austin, the Chinese Academy of Sciences, and the National Institute of Materials Science of Japan. In their experiment, using a “tear and stack” van der Waals assembly technique, the scientists at ICFO were able to engineer two stacked monolayers of graphene, rotated by only 1.1º – the magic angle. They then used a mechanical cleaning process to squeeze out impurities and to release local strain between the layers. In doing this, they were able to obtain extremely clean twisted graphene bilayers with reduced disorder, resolving a multitude of fragile interaction effects.

By changing the electrical charge carrier density within the device with a nearby capacitor, they then saw that the material could be tuned from behaving as an insulator, to behaving as a superconductor, or even an exotic orbital magnet with non-trivial topological texture – a phase never observed before. What is even more astounding is the fact that the device entered a superconducting state at the lowest carrier densities ever reported for any superconductor, a completely new breakthrough in the field.

Xiaobo Lu, first author of the study, thrilled with the results, says “To our surprise, we observed that the system seemed to be competing between many novel states. By tuning the carrier density within the lowest two flat moiré bands, the system showed correlated states and superconductivity alternately, together with exotic magnetism and band topology. We also noted that these states were very sensitive to the quality of the device, i.e. accuracy and homogeneity of the twist angle between two sheets of graphene layers.”

Last but not least, in this experiment, the researchers were also able to increase the superconducting transition temperature to above 3 kelvin, reaching record values which are twice as high as previously reported studies for magic-angle-graphene devices.

As ICFO Prof. Dmitri Efetov comments, “we never expected to see so many different states by just tuning the electronic gate. This was totally unexpected. For the first time we are able to delve into the microscopic world and manipulate the systems to see what happens in order to start understanding and finding models that can explain it.”

What is exceptional about this approach is that graphene, a material that is typically poor on strongly interacting electron phenomena, now has been the enabling tool providing access to this complex and exceptionally rich physics. So far, there is no theory that can explain the superconductivity in magic angle graphene at the microscopic level, however with this new discovery, it is clear that a new chance to unveil its origin has emerged.