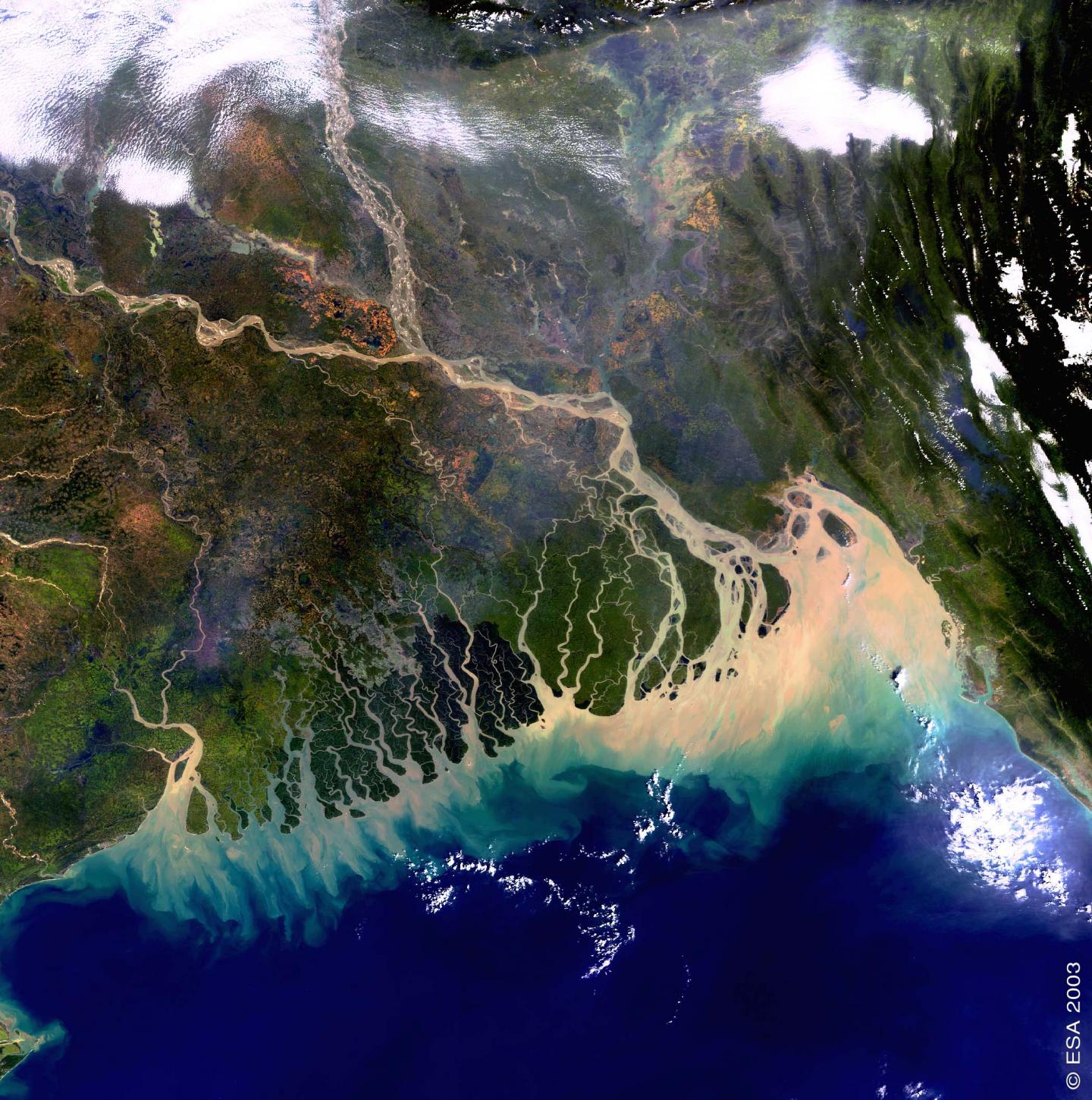 For the first time, scientists have provided reliable regional estimates of land subsidence and water-level rise in the Ganges-Brahmaputra-Meghna delta. Depending on the region of the delta, water-level rise could reach 85 to 140 cm by 2100. The work, published in PNAS on 6 January 2020 by researchers from the CNRS, IRD, BRGM, La Rochelle Université, Université des Antilles and Bangladesh University of Engineering and Technology, should provide input for future impact studies and adaptation plans.

Although the Ganges-Brahmaputra-Meghna delta is the largest and most densely populated delta in the world, and one of the places most vulnerable to climate change, the extent and impact of water-level rise there remain poorly known. The area, which covers two thirds of Bangladesh and part of eastern India, is already regularly prone to flooding, favoured by intense monsoon rainfall, rising sea levels, river flows and land subsidence. However, it is difficult to disentangle these various factors. In addition, forecasts carried out so far have been based on highly localised measurements of water level.

To overcome these difficulties, the researchers analysed monthly readings from 101 gauges measuring water and sea levels across the delta. By aggregating the data over geographical areas in order to filter out local effects and offset quality differences between gauges, they obtained robust estimates for water-level changes. Between 1968 and 2012, water level increased by 3 mm/year on average, slightly more than global mean sea level rise (2 mm/year during the same period).

They then estimated the contribution of land subsidence, obtained by subtracting from absolute sea level the measurements of relative water level obtained previously. According to their calculations, maximum land subsidence in the delta between 1993 and 2012 was between 1 and 7 mm/year. Although not negligible, these values are lower than some local measurements (e.g. 1-2 cm/year in Dhaka) that have been used as a reference until now.

If subsidence continues at the same rate, and even under a greenhouse gas mitigation scenario, water-level rise in the delta, depending on the area, could reach 85 to 140 cm by the end of the century compared to the period 1986-2005. This is twice as high as the projections provided in the latest IPCC report, which did not take land subsidence into account.

This work should help to improve forecasts of water level in the Ganges-Brahmaputra-Meghna delta, and thus lead to refine impact studies and possible adaptation scenarios for its 200 million inhabitants.