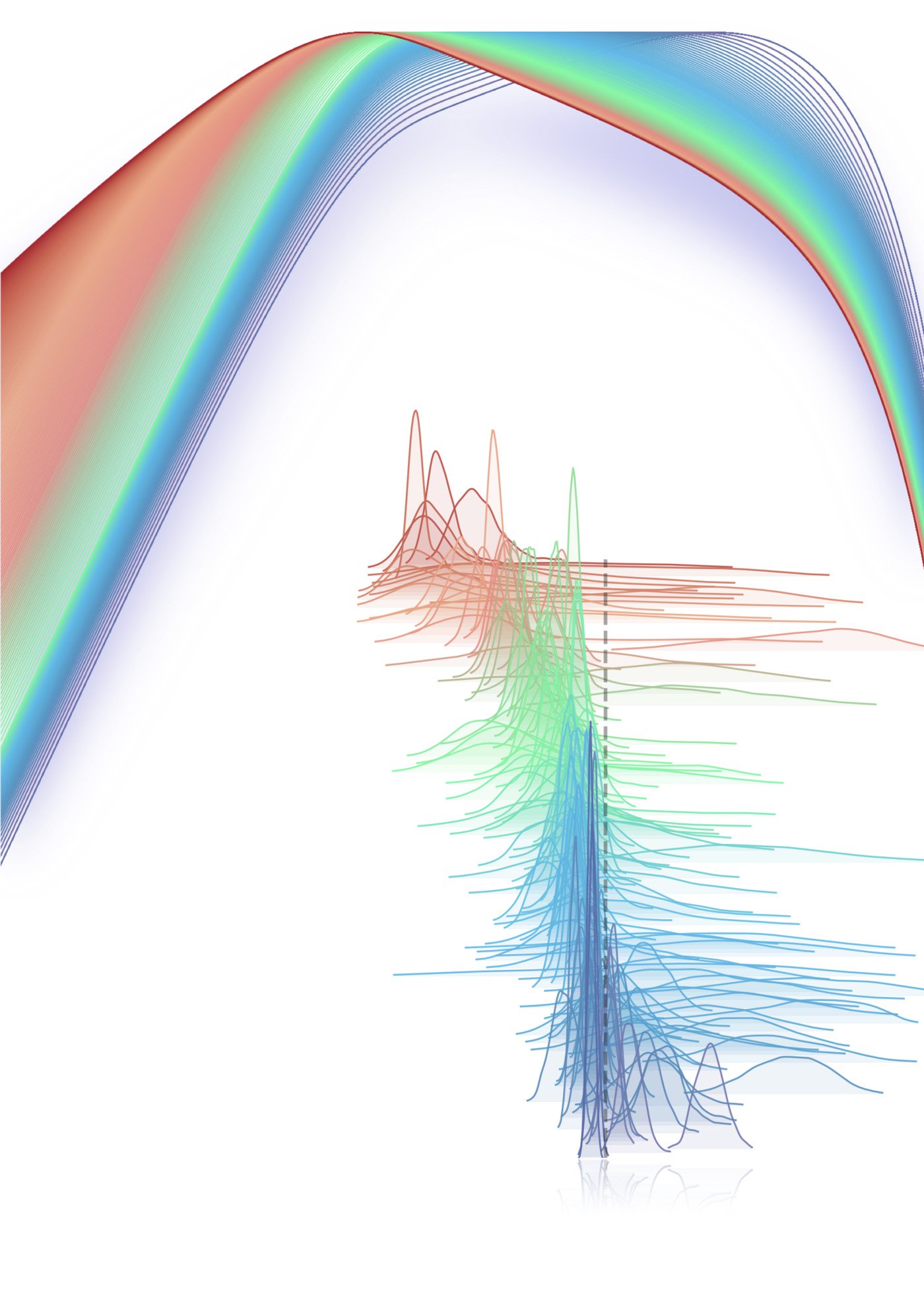 A new analysis of archival data of gamma-ray bursts (GRB), the most energetic objects in the Universe, has revealed that the process producing this emission might indeed be electrons that are cooled from near-relativistic speeds in a magnetic field. This so-called synchrotron radiation was dismissed in earlier, more indirect analyses. Scientists at the Max Planck Institute for Extraterrestrial Physics were able to fit a high fraction of GRB spectra with an idealized synchrotron model, making a convincing case for this explanation.

Gamma-ray bursts (GRB) are the most energetic sources in the Universe: in a few seconds, a typical GRB will release more energy than the Sun in its entire lifetime. While there has been some progress identifying the progenitors of various types of GRBs, the physical origin of their emission is still unknown. Synchrotron emission, i.e. radiation emitted by charged particles if their path is bent somehow, was one of the early contenders, but was disregarded as it did not manage to fit some of the properties of the observed GRB spectra. Alternatively, the spectra were fit with other models, e.g. including shocks, but there were always some GRBs that violated certain limits of these models.

An international team of scientists led by the Max Planck Institute for Extraterrestrial Physics (MPE) revisited the synchrotron idea and has now taken a closer look at archival data of several GRBs observed with the Fermi Gamma-ray Burst Monitor over the past ten years. They selected a subset of GRBs with a known distance (i.e. redshift) and a single continuous, pulse-like structure, which is most likely due to a single physical event. For their sample of nearly 200 observed GRB spectra, the scientists simulated synchrotron emission from cooling electrons and applied the so-called detector response directly. Thus, they could produce mock observations and compare these models directly to the data.

“We wanted to test the simplest synchrotron models that include time-dependent cooling of electrons. The models are idealized, but the best place to start,” explains J. Michael Burgess, first author of the study now published in Nature. “Each spectrum was individually fitted and subjected to rigorous testing leading to a surprisingly high fraction of well-fit spectra using this single spectral model.”

As computers are now faster, and methods for looking at the data from satellites are more advanced, the team was now able to directly simulate how radiation originating from the synchrotron process would be observed and compare all the properties energy distribution to actual data. A critical element of the synchrotron model proved to be a magnetic field, which decelerates the electrons, “cooling” them down from their relativistic energies. The amount of cooling, however, varies across the different GRBs, and in some GRBs the researchers even found evolution of the cooling.

“The ability to model so many GRB spectra at once with a single model is very convincing,” states Jochen Greiner, senior scientist at MPE. “And as we expect the more structured GRB light curves to be a superposition of single pulses, we hope that we can we apply our analysis to all GRBs.”

However, as these individual pulses overlap, the scientists will need more advanced predictions about the time-evolution of the emission.

The next step will be to an explanation not only of the shape of the spectra but also of the overall, huge energy output. This means that the dynamics and particle acceleration of moderately magnetized astrophysical outflows will need to be studied in more detail.