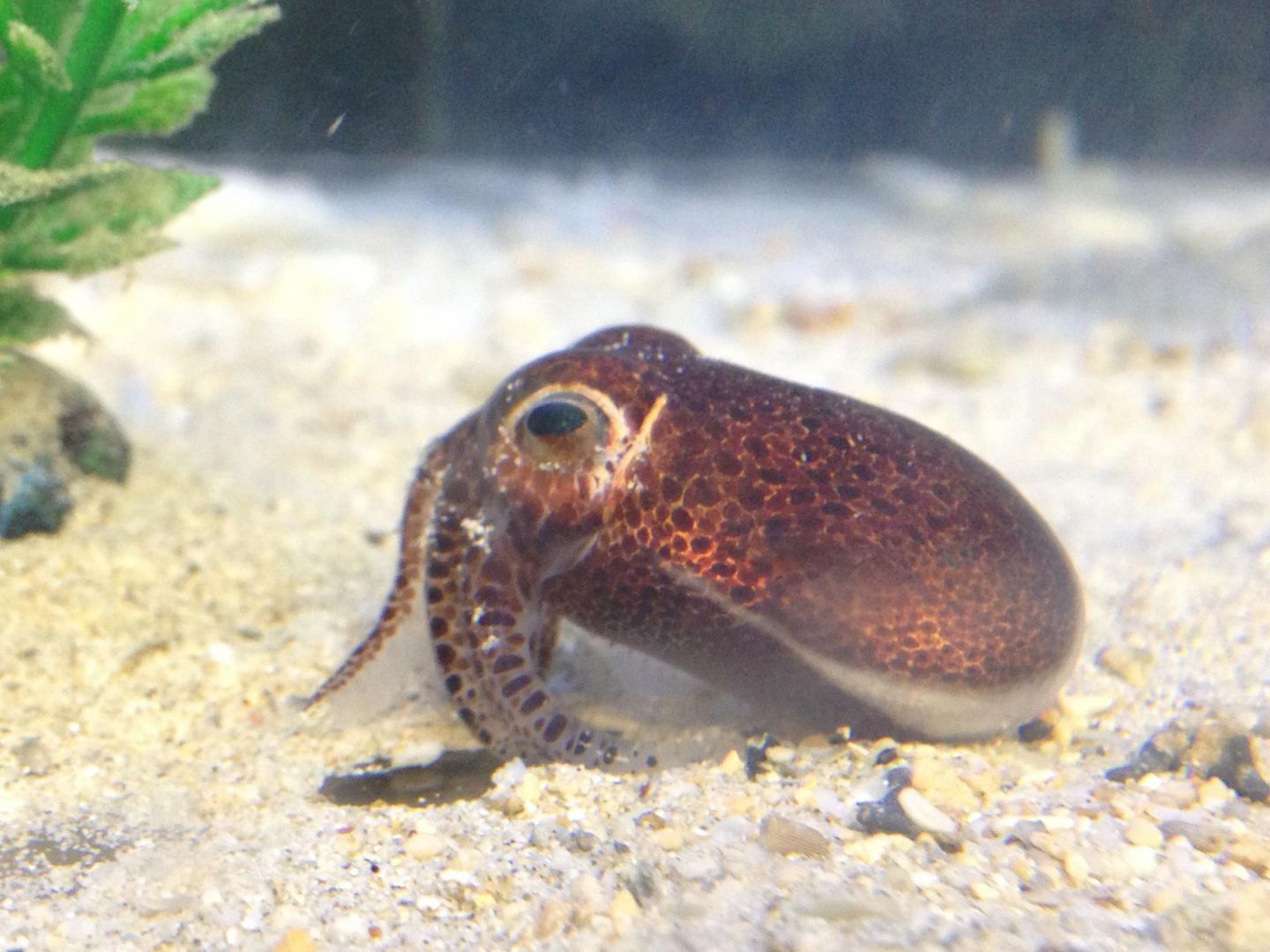 “Cephalopods were the first intelligent animals on the planet.”

This quote from Dr. Sydney Brenner, molecular geneticist and one of the founders of the Okinawa Institute of Science and Technology Graduate University (OIST), highlights the burgeoning scientific interest in cephalopods like cuttlefish, octopuses, and squid. These creatures are lauded for their complex nervous systems and intricate behavior – but scientists still know relatively little about them.

Now, researchers in OIST’s Molecular Genetics Unit, in collaboration with a researcher from Australia, have identified a new species of bobtail squid inhabiting Okinawa’s waters – dubbed Euprymna brenneri in honor of the late Dr. Brenner, who passed away earlier this year. The scientists’ findings, published in Communications Biology, highlight the rich biodiversity in the seas near Okinawa, and may shed light on the genes, behavior, and development of bobtail squid.

“Our research strives to understand how these animals’ complicated brains work,” said Gustavo Sanchez, lead author of the study. “We’re also compelled to explore why there is such a wide variety of species off the coast of Okinawa.”

Finding and classifying a new species

Bobtails have unique features from true squid, including their rounded or “bobbed” posteriors, earning them the nickname “dumpling squid.” In fact, they are actually more closely related to cuttlefish. Bobtails can be raised in the laboratory, making them useful as model for studying cephalopod development, genetics, and behavior. Scientists have also observed advanced behaviors like associative learning and inherited personality and fitness traits in bobtails.

For the present study, the researchers scoured the Ryukyan archipelago for bobtails, searching in shallow waters. They found three different types of egg masses and two distinct adult bobtails.

By studying the DNA and RNA expression, or transcriptomes, in 42 different individuals across 10 species, the researchers matched the adults with their corresponding egg types and identified one of them as Euprymna parva, which was previously miscategorized as a different genus. One egg mass lacked a corresponding adult; by DNA it appeared to be distantly related to a different species found in Australia and East Timor, Euprymna pardalota.

One Ryukyuan type of bobtail remained. In addition to sequencing its transcriptome, the scientists closely analyzed its morphology; Jeff Jolly observed distinctive patterns of suckers on its arms and tentacles. The researchers enlisted the help of systematist Dr. Amanda Reid, from the Australian Museum in Sydney, to carefully look over the species and formally describe them.

From their analyses, the scientists confirmed they had found a new species, which they named Euprymna brenneri. This species is the eleventh known in the Euprymna genus and will be useful in future phylogenetic and comparative studies, the researchers said.

“Sydney Brenner was a mentor and a friend. It is an honor to name this new species after him as a small reminder of his importance in creating the field of molecular biology, and more broadly his efforts to foster the development of science in Okinawa, Singapore, and around the world,” said Daniel Rokhsar, head of the Molecular Genetics Unit at OIST.

In addition to phylogeny, the scientists are interested in the bobtail squid’s symbiotic relationship with the Vibrio fischeri bacteria that populate a pouch-like organ on the squid’s underside. Bobtails conceal themselves under the sand throughout the day, then emerge at night to hunt. They use the bacteria, which glow, to help them camouflage and achieve more successful predation in the dark.

“There’s a complicated choreography between the bacteria and squid,” said Dr. Oleg Simakov, a co-author of the study. “If we can understand this relationship, we think the bobtail could be a useful model organism for host-microbe interactions.”

Moving forward, the researchers hope to discover more about the rich diversity of cephalopods off the shores of Okinawa, a