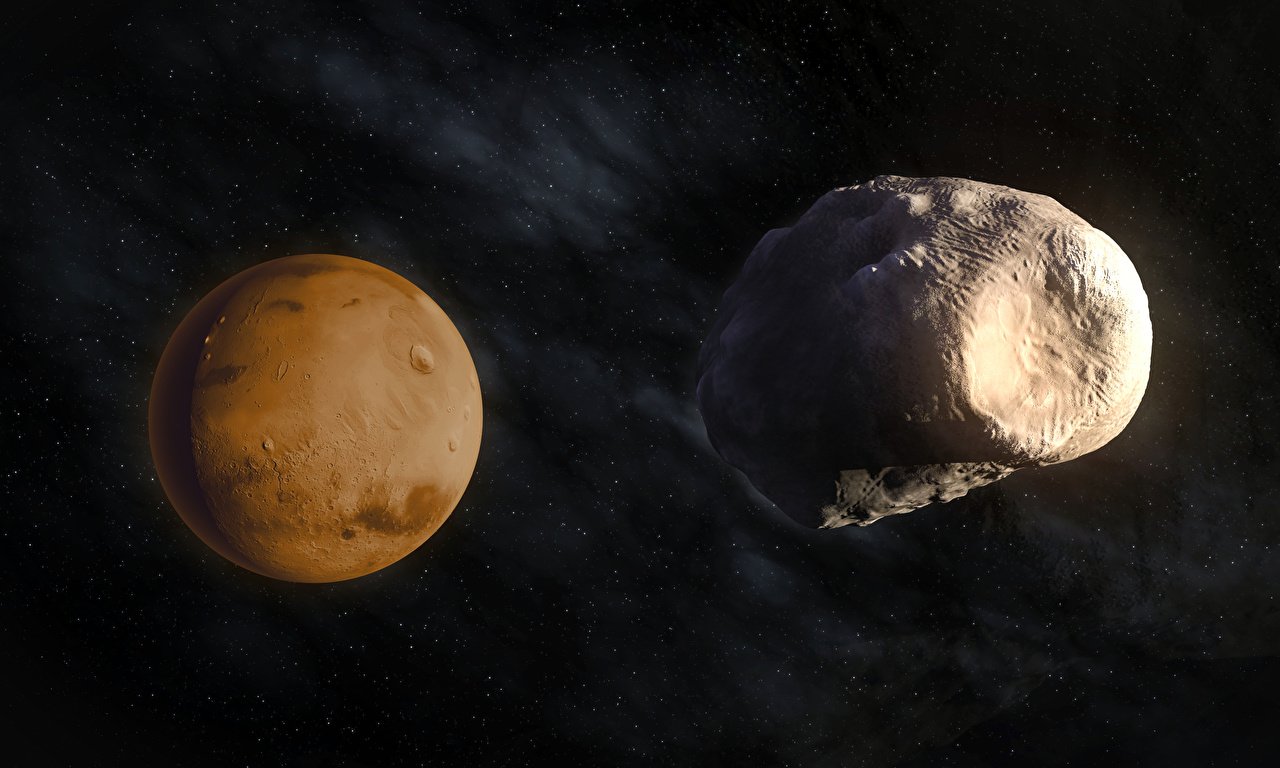 The present-day surface of Mars is relatively well characterized, but the details of its evolution and internal structure remain, in comparison, poorly known. Evidence for recent volcanic activity suggests that Mars’ deep interior remains hot and convectively cooling. Mars’ cooling rate is related to its early thermal state, and to its rheology that determines its ability to deform and to dynamically evolve. Therefore, the study of Mars’ thermal evolution combined with observations allows its dynamic history and present-day structure to be reconstructed. However, such an approach is limited by the interplay between several poorly constrained key quantities (e.g., temperature, composition, rheology).

We show that strong insights into Mars’ thermal history and rheology can be gained by considering Mars’ closest satellite, Phobos, whose orbital evolution is governed by Mars’ thermo-chemical history, through tidal interactions. By exploiting this relationship we find that Mars was initially moderately (100-200 K) hotter than today, and its mantle sluggishly deforms in the dislocation creep regime. This corresponds to a reference viscosity of 10 22.2 ±0.5Pa s, and moderate to relatively weak intrinsic sensitivity of viscosity to temperature (activation energy of 280 ± 80 kJ/mol), and to pressure (activation volume <14 cm3/mol). Our approach predicts a present-day average crustal thickness of 40±25 km, and surface heat flow of 20±1 mW/m2. We show that the comparison of these predictions with upcoming data could further reduce uncertainties in Mars’ thermal and rheological histories.