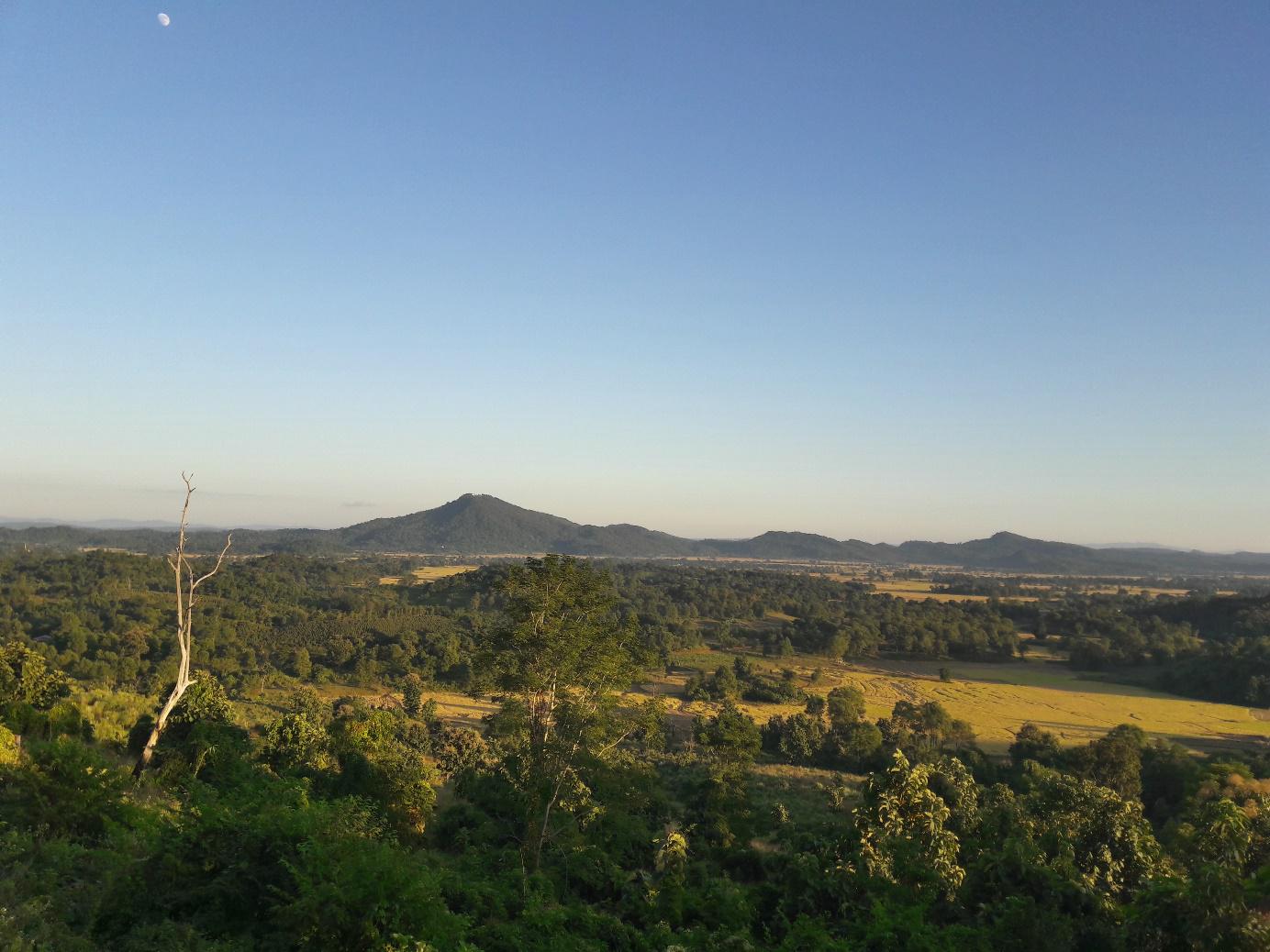 Researchers from the University of Rennes 1 / CNRS (France), the University of Washington (USA) and the Universities of Yangon and Shwebo (Myanmar) have obtained new paleomagnetic evidence that the Burma Microplate was located close to the equator between 95 and 40 million years ago.

These results, published in Nature Geoscience, support a double collision of India, first with an isolated volcanic arc between India and Asia, followed by a final collision with Asia. These results shed new light on the paleogeography of this region, and suggest island endemism for the flora and fauna trapped in the famous fossil ambers from Myanmar.

The collision of the Indian continent with Asia is the most dramatic geological event on Earth since the extinction of the dinosaurs 66 million years ago (Ma). It is responsible for the formation of the highest mountains in the world – the Himalayas and the Tibetan Plateau. The formation of these mountains led to the onset of Asian monsoons and probably a global climatic cooling, changing the Earth from an icecap-free world to a planet with icecaps at its two poles. Despite its importance, the India-Asia collision remains poorly understood and therefore it is currently one of the most intensely debated subjects among earth scientists. They argue over two main collision models: (1) A simple collision between India and Asia around 60-50 Ma, or (2) a two-stage collision with firstly a collision of India with a small volcanic chain in the ancient Tethys Ocean between India and Asia, before the final India-Asia collision (See figure). Adopting one of these models has major implications for understanding mountain formation processes and their impact on both regional and global climate change.

As not many rocks have been preserved in the collision zone between India and Asia, scientists have turned their attention to the sides of this zone, notably to Myanmar, a country only recently opened to international geological research. The sedimentary basins and magmatic rocks of Myanmar represent valuable archives of the collision. Therefore, they are investigated as part of ERC project MAGIC (‘Monsoons of Asia caused Greenhouse to Icehouse Cooling’) with the primary objective of constraining the role of monsoons in the evolution of global climate during the India-Asia collision. The investigated rocks are mainly situated on a tectonic microplate (Burma Microplate), bounded to the north by the eastern syntaxis of the Himalaya mountain range, to the west by the Indian Plate, to the south by the oceanic spreading ridge of the Andaman Sea and to the east by the Sagaing Fault, a large-scale active fault which moves around 2 cm/year. Despite the complex geological history and significant tectonic displacements that these characteristics suggest, most previous geological studies suggested that the Burma Microplate did not move much, being part of Asia for more than 200 Ma. No paleogeographic data was available to confirm this hypothesis.

Hence, a paleomagnetic study was conducted to put constraints on the paleogeography of the Burma Microplate. Using the ancient magnetic field of the Earth recorded in a given rock, paleomagnetism can determine determine the latitude at which this rock was formed and whether it has undergone a rotation around its vertical axis. Paleomagnetic results from a volcanic arc in Myanmar (Wuntho-Popa Arc) put the Burma Microplate at a latitude close to the equator (~5 degrees south) at 95 Ma and show that it underwent around 60 degrees of clockwise rotation since this time. Paleomagnetic data from sedimentary rocks formed at 40 Ma also show near-equatorial latitudes, but record no significant rotation of the Burma Microplate.

These results have multiple major implications. First of all, the near-equatorial position of the Burmese volcanic arc at 95 Ma is almost 3000 km away from the Asian margin. Therefore, it was rather part of a Trans-Tethyan volcanic arc in the middle of the ocean (See figure). This reinforces the hypothesis of a first collision of India with a volcanic chain in the Tethys Ocean at ~60 Ma before a final collision with Asia at a later point in time.

Beyond plate tectonics, proof for the existence of an isolated volcanic arc in the Tethys Ocean also has implications for paleoclimatology and paleontology. As part of ERC project MAGIC, paleoclimatic simulations can now take into account the updated paleogeography of Myanmar and Asia. It is now evident that sedimentary rocks of Myanmar between 100 and 40 Ma old, which also contain the oldest discovered primate fossils, were formed in an equatorial climate. Moreover, fossil ambers from Myanmar harbour one of the most diverse and well-known records of biodiversity with more than 870 reported species, including plants, insects and vertebrates. This biodiversity is the subject of more than a hundred scientific articles each year. The new paleomagnetic data from Myanmar can therefore provide insight into the importance of volcanic chains forming land bridges for the dispersion of species, a possible Gondwanan affinity and island endemism.

This study highlights the importance of paleomagnetic data to constrain tectonic displacements and understand the formation of mountain ranges and associated changes in climatic and biologic conditions.