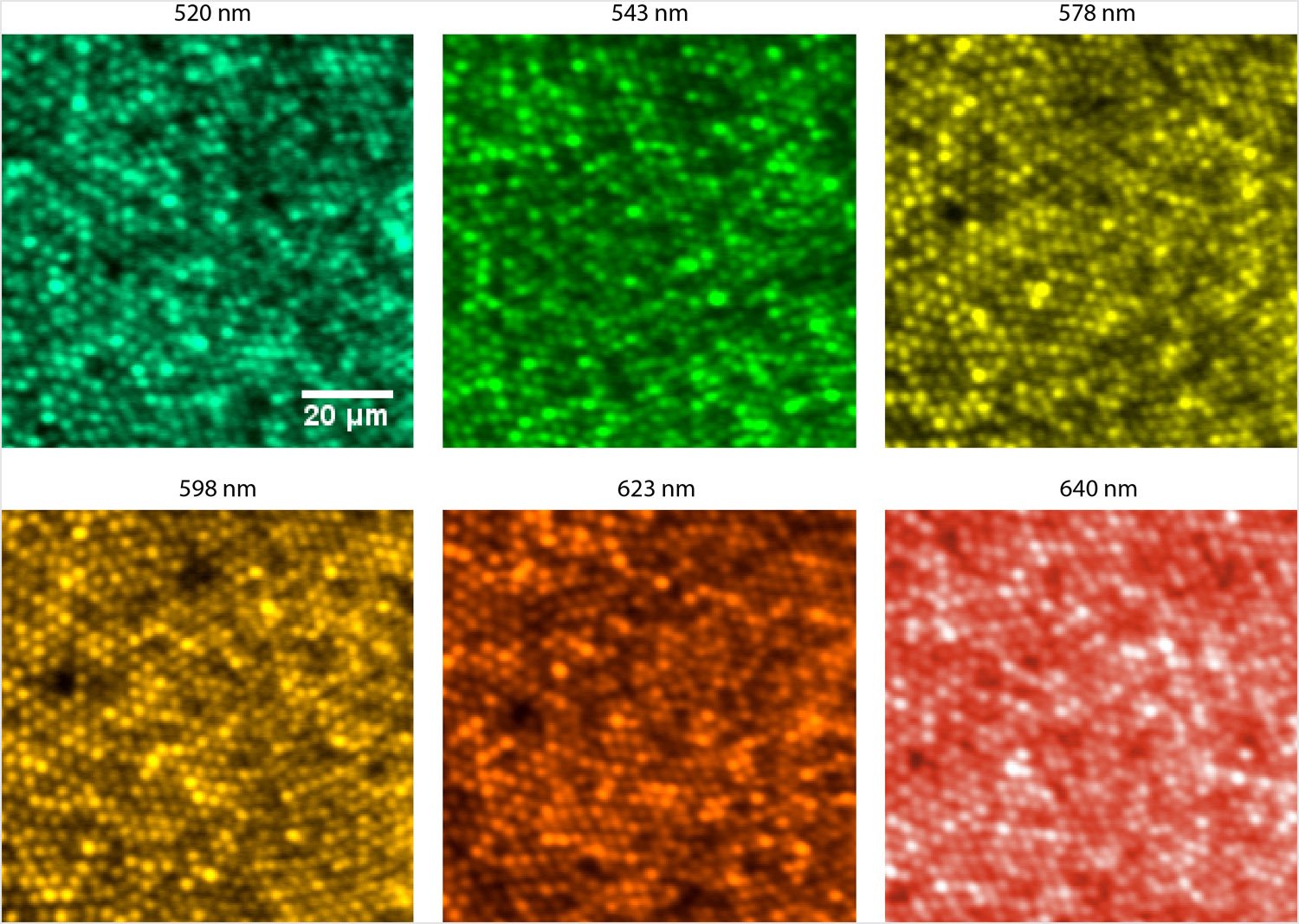 Researchers report a new imaging system that cancels the chromatic optical aberrations present in a specific person’s eye, allowing for a more accurate assessment of vision and eye health. By taking pictures of the eye’s smallest light-sensing cells with multiple wavelengths, the system also provides the first objective measurement of longitudinal chromatic aberrations (LCA), which could lead to new insights on their relationship to visual halos, glare and color perception.

In Optica, The Optical Society’s journal for high-impact research, the researchers, from the University of Washington, Seattle, U.S.A., say the technology can be readily deployed in the clinic, where it could be particularly useful for assessing eye changes associated with aging and can also help inform the design of new multifocal lenses by accounting for chromatic aberrations in the lenses themselves. For vision research, the technique could advance studies of color blindness and how different people perceive color.

“We demonstrate a modified filter-based Badal optometer that offers the capability to tune LCA across different wavelength bands and for each individual in a customized fashion.”

The researchers report incorporating a new optical assembly into conventional adaptive optics instruments to produce individually tailored high-resolution, multiple-wavelength pictures of the smallest cone photoreceptors in the eye, measuring about 2 microns across.

“Our study establishes a flexible tool to compensate for chromatic aberration in different wavelength bands and in an individualized manner, thus facilitating future investigations into how we see color in our environment, unimpeded by the native chromatic imperfections of the individual,” said Sabesan. “Now equipped with the tools to control chromatic aberration, we plan to conduct studies on normal and deficient color vision.”

Like manufactured optical elements such as microscopes and camera lenses, the cornea and lens of the eyeball contain optical aberrations that distort the image formed on the retina. Aberrations blur the images projected on a person’s retina, degrading his/her vision. They also affect the images doctors obtain when viewing the inside of the eye with ophthalmologic instruments.

Adaptive optics is a method to compensate for these aberrations. Adaptive optics technology, currently utilized by astronomers to address aberrations that occur when viewing space through Earth’s atmosphere, have been incorporated into eye imaging tools. However, while current instruments are effective at correcting for monochromatic aberrations (those that do not change depending on the wavelength of light being applied), chromatic aberrations (those that are affected by wavelength) are more challenging.

To get around this problem, today’s instruments use assumptions about the aberrations expected in an average or “typical” eye, rather than information about the actual aberrations in a specific person’s eye. While this is sufficient for many applications, it is less suited for other applications that demand the simultaneous and fine focus control of multiple wavelengths.

To overcome this limitation, the researchers used a device known as a Badal optometer, which consists of a pair of lenses that are a certain distance apart. Changing the distance between the two lenses changes the focus without altering the size of an image viewed through the lenses.

The researchers modified this simple Badal optometer by adding two filters that transmit longer wavelengths of light while reflecting shorter ones. These filters were kept stationary within a traditional Badal optometer, such that now, when the distance between the lenses is changed, the transmitted and reflected wavelength bands have subtly different levels of focus sufficient to compensate for the eye’s native chromatic aberration for the two wavelength bands.

By finely tuning the selection of filters, distances between the lenses and multiple color illumination, this setup can be used collectively to measure and compensate for chromatic aberration in a customized fashion.

A valuable tool for the clinic and the laboratory

In addition to providing better images of the inside of the retina, the technology is useful for studying how chromatic aberrations affect retinal image quality and visual performance. This has previously been difficult because tools that provide fine individualized control of LCA did not exist. Also, measurements of LCA obtained subjectively and objectively did not match up.