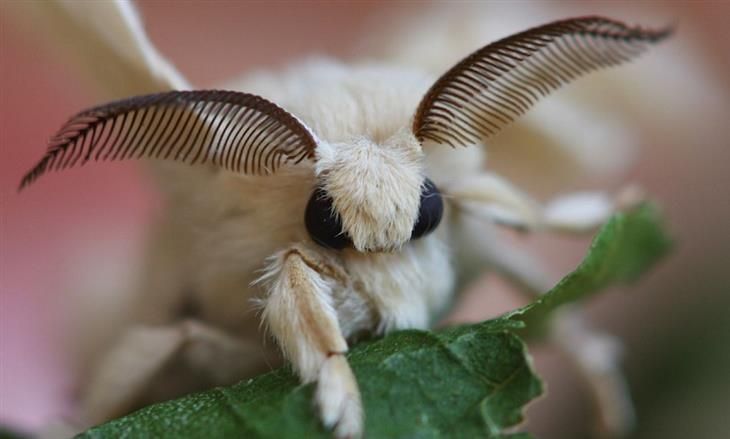 Researchers who set out to test the widespread theory that the UK is experiencing an alarming plunge in insect numbers have found no evidence for ‘Insect Armageddon’.

Instead, the researchers from the University of York found peaks and troughs in moth populations over a period of 50 years. They suggest changing weather patterns and climate change could be an explanation.

While there has been a gradual decline in the amount of moths at a rate of around 10% per decade since the early 1980s, this came after a steep increase between the late 1960s and 1982.

Lead author of the study, Dr Callum Macgregor, from the Department of Biology, said: “Moths are a good indicator of what may also be happening in other insect populations as they are the second most diverse group of insect herbivores, with a full range of species from extreme habitat generalists to extreme specialists. Our study does not support the narrative that insects are vanishing en masse before our eyes, because there has been a net increase in biomass over the last 50 years. However, the clear decline we observed since the 1980s is still a cause for concern.

“Moths come in all shapes and sizes, so measuring their combined weight allowed us to analyse changes in their populations that are relevant to their predators and food plants.”

Co-author Professor Chris Thomas, from the Department of Biology at the University of York, added: “Biomass is particularly important because it is linked to ecosystem processes, such as the total amount of plant material consumed by insects and food availability for other animals that eat insects. Moths provide pollination nocturnally to a wide range of plants, and they provide food for birds, bats and small mammals. Their survival is crucially important to the rest of life on earth.”

The authors investigated the possible reasons behind the fluctuations in insect populations, and why the results of the study might differ from the conclusions of previous research.

According to the researchers, the use of better and longer-term data may be part of the answer: to put ‘Insectageddon’ to the test, they analysed data from “perhaps the best insect population database available anywhere in the world” – the Rothamsted Insect Survey’s national network of light-traps.

The data allowed them to estimate the weight of moths caught each year at 34 different sites around the UK between 1967 and 2017.

Co-author Dr James Bell from the Rothamsted Insect Survey explained: “Since 1964, the Rothamsted Insect Survey has been at the forefront of the insect declines research, exploiting the longest standardised terrestrial insect time series in the world.  Even though we have reported on population change in aphids, moths, ladybirds, wasps and general insect biomasses for decades, this study represents a major advance in our understanding.”

Two of the most commonly suggested causes of ‘Insectageddon’ are agricultural intensification and, for night-flying insects like moths, light pollution.  However, the researchers found no evidence that agricultural practices or urban light pollution are the main driving force behind this recent decline.

The researchers categorised the moth trap sites into four land use types: woodland, grassland, arable and urban, and found that land use type (as well as changes over time in land use) had little impact on the pattern of increase and decline.

Changing weather patterns and climate change could be an explanation, the researchers say.  Sharp increases in the amount of moths in the late 1970s came soon after one of the hottest, driest years on record. Disturbance from extreme weather events can sometimes cause equally extreme and unpredictable population changes in insects, including both increases and declines.

Whether climate is contributing to the more recent decline requires further investigation; rising average annual temperatures and rainfall patterns did not match up with the peaks and troughs in moth populations, but extreme weather events – from deluge and flooding to heatwaves and drought – are often not reflected in average climate records.

The post-1982 decline appears to be real, but the researchers concluded that the reasons for this ecological decline are not as straightforward as is sometimes suggested.

“There is no simple explanation and more research on long-term data sets is required. We found that short-term studies and infrequent sampling can give erroneous estimates of biomass change. The complexity of insect population change requires more, better and longer-running data if we are to draw robust conclusions, particularly for parts of the world where insect data are limited”, said Professor Thomas.