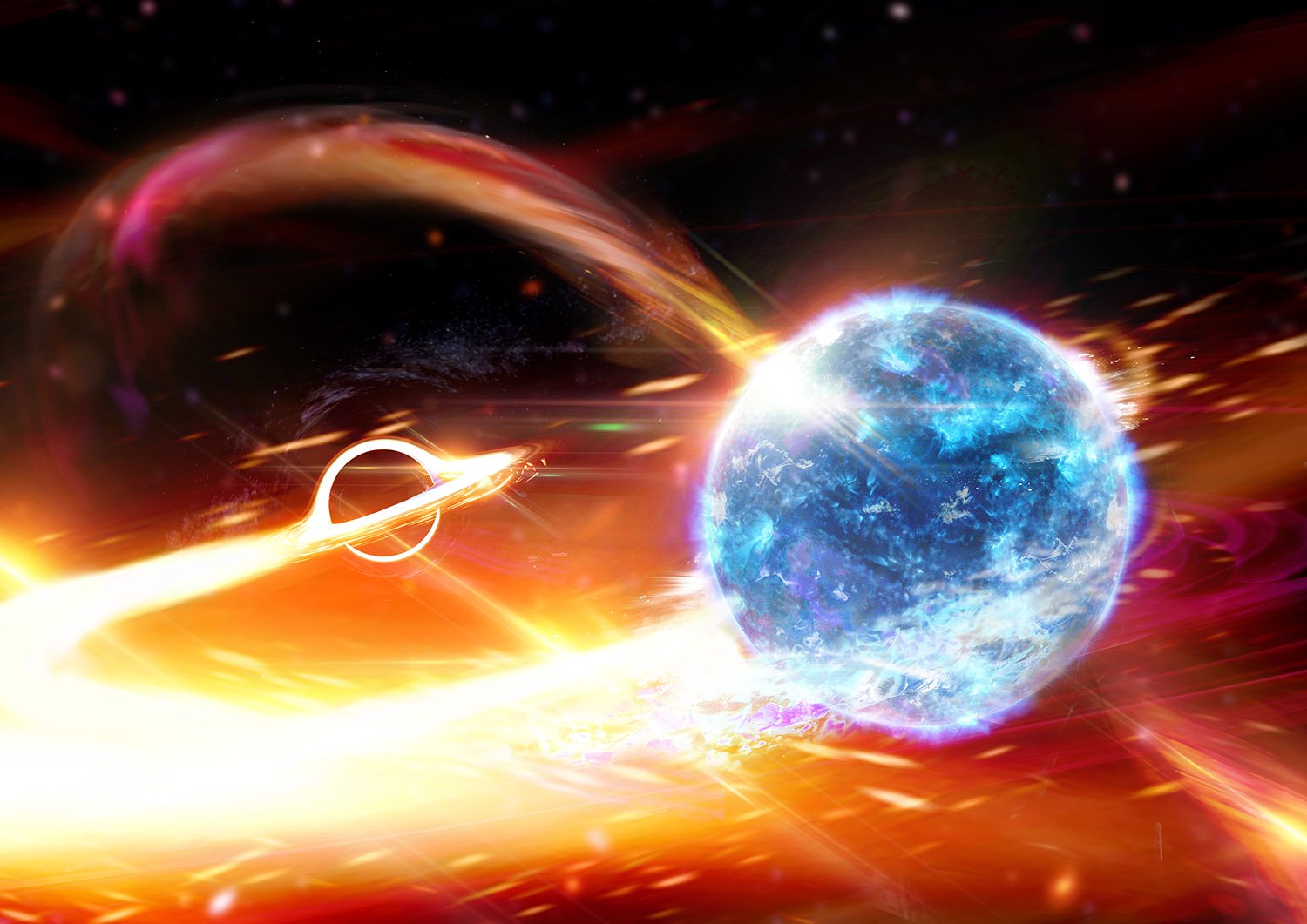 Stellar-mass black holes are formed by the gravitational collapse of a star. Their collisions are some of the most violent events in the universe, creating gravitational waves or ripples in space-time.

The researchers’ new method, called ‘squeezing’, dampens quantum noise making measurements more precise, with the findings published in Nature Photonics. The breakthrough will be critical for next-generation detectors, which are expected to come online within the next 20 years.

One of the researchers involved, Dr Robert Ward, said further experiments were being prepared to confirm the team’s proof of concept for a new device to dampen the effect of quantum noise.

“The detectors use particles of light called photons from a laser beam to sense the change in position of widely separate mirrors,” said Dr Ward, from the ANU Research School of Physics and the ARC Centre of Excellence for Gravitational Wave Discovery (OzGrav). “However, the detectors are so sensitive that just the random quantum variability in the number of photons can disturb the mirrors enough to mask the wave-induced motion.”

The researchers have shown that squeezing reduces this variability, making detectors more sensitive.

The Advanced Laser Interferometer Gravitational-wave Observatory (LIGO) detectors in the United States and the European Gravitational Observatory’s detector in Italy called Virgo have detected the mergers of two black holes, the collision of two neutron stars and possibly also a black hole eating a neutron star.

“The ‘quantum squeezers’ we designed at ANU along with other upgrades for the current LIGO detectors have greatly improved their sensing capabilities,” Dr Slagmolen said.

Mr Yap said the latest experiment proves that scientists can cancel out other quantum noise that can affect the sensing capabilities of detectors.

“The new-generation LIGO detectors will have the capability to detect every black-hole smash in the Universe at any given moment,” he said.

The LIGO team plans to design and build the upgraded quantum squeezers within the next few years. The new devices could be retrofitted to the current LIGO detectors, enabling scientists to detect many more violent events much further into the Universe.

The published work was undertaken in collaboration with researchers from Louisiana State University, Crystalline Mirror Solutions and the University of Vienna.