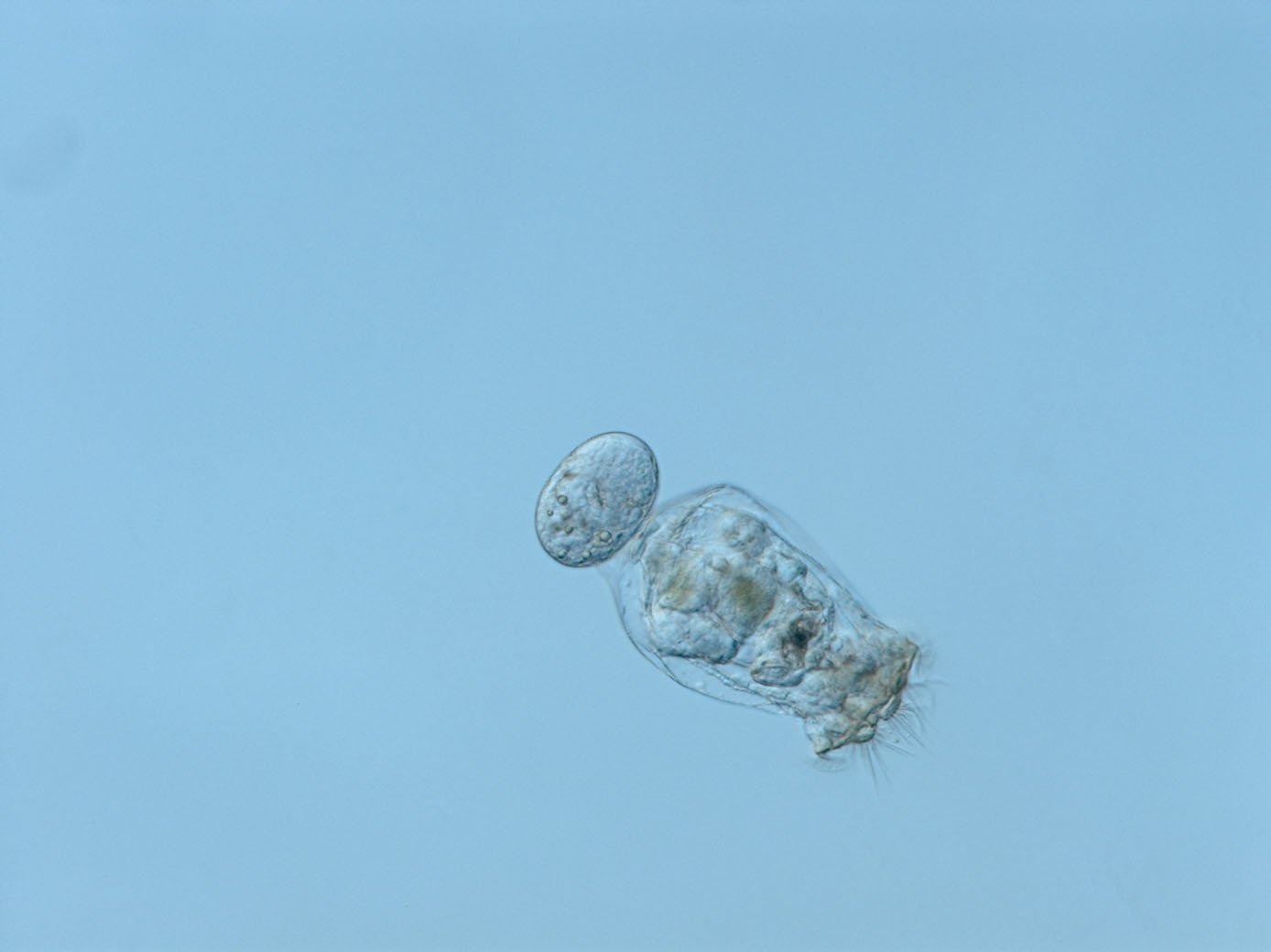 Predator-prey cycles are among the fundamental phenomena of ecological systems: the population sizes of predators and their prey, for instance foxes and hares, are frequently subject to regular oscillations. In a long-term experiment, an international team of researchers led by Prof. Dr. Bernd Blasius from the University of Oldenburg observed these oscillations in rotifer and unicellular algae populations across 50 cycles – a record period of time for this kind of study. In an article published in the current issue of the scientific journal Nature, the researchers report that although there were brief periods when the regular oscillations in the two populations were interrupted by random swings, they always returned to their normal rhythm on their own.

“Our experiments confirm the theoretical concept of self-generated predator-prey cycles,” says lead author Blasius, who heads the Mathematical Modelling group at the University of Oldenburg’s Institute for Chemistry and Biology of the Marine Environment (ICBM).

Predator-prey cycles are based on a feeding relationship between two species: if the prey species rapidly multiplies, soon afterwards the number of predators increases – until the predators eventually eat so many prey that the prey population goes down again. Soon afterwards, predator numbers likewise decrease due to starvation. This in turn leads to a rapid increase in the prey population – and a new cycle begins.

To predict such oscillations, scientists use simple mathematical models according to which populations of predator and prey species can theoretically coexist indefinitely. But the question of how long these cyclical fluctuations last in real-life communities had not been clarified: in field conditions, such oscillations frequently extend over a period of several years, so biologists have mainly relied on experiments with short-lived species. In previous experiments, however, one of the two species died out after a few oscillations or the oscillations gradually disappeared. This led to the assumption that in real life, predator-prey cycles do not last on their own over extended periods of time, but are driven by an external factor, for example seasonal fluctuations in the food supply.

To clarify this question, Blasius and his colleagues from the University of Potsdam and McGill University in Canada brought together Brachionus calyciflorus, a planktonic rotifer species that occurs in fresh water, and unicellular green algae in experimental containers. This system allowed the researchers to define continuous external conditions, for example a constant amount of nutrients for the algae. In the experiments, which were carried out at the University of Potsdam, the rotifers were the predators and the green algae the prey. As in other predator-prey relationships, a constant cycle was established: algae numbers fluctuated over a period of 6.7 days, as did rotifer numbers – but with a time lag of about 40 hours. The researchers observed the two populations over a period of approximately one year, which corresponded to more than 50 oscillations and about 300 generations of rotifers. They ran several trials and produced time series representing a total of about 2000 measurement days.

“We chose organisms that reproduce quickly so that we would be able to produce multiple predator-prey cycles in a relatively short amount of time,” says co-author Prof. Dr. Gregor Fussmann, a biologist from the McGill University in Canada. “It still took us more than ten years to accumulate the experimental evidence necessary to make our point.”

Using modern data analysis methods, the team observed various oscillations in the system and determined the time sequence of these oscillations. Blasius and his team observed for example that the life stages of the rotifers (egg, sexually mature, and dead) also fluctuated periodically.

During these periods, rotifer and algae numbers continued to fluctuate, but the team was unable to observe a fixed time span between the fluctuations. After a short time, however, the original sequence was automatically re-established.

The researchers were able to reproduce similar alterations in their mathematical models: “They are proof of the resilience of the ecological system, in other words the ability to independently return to the original state after random disruptions,” Blasius says.

The researchers’ analysis also demonstrates that the predator-prey cycle is based on a regular sequence of different processes in the ecological community. In the study, the team presents a mathematical method, a kind of fingerprint, for determining these regular processes in other oscillating biological systems. With this method it is possible for example to identify interactions between different species and cyclic or seasonal sequences in complex sets of data, the researchers say.