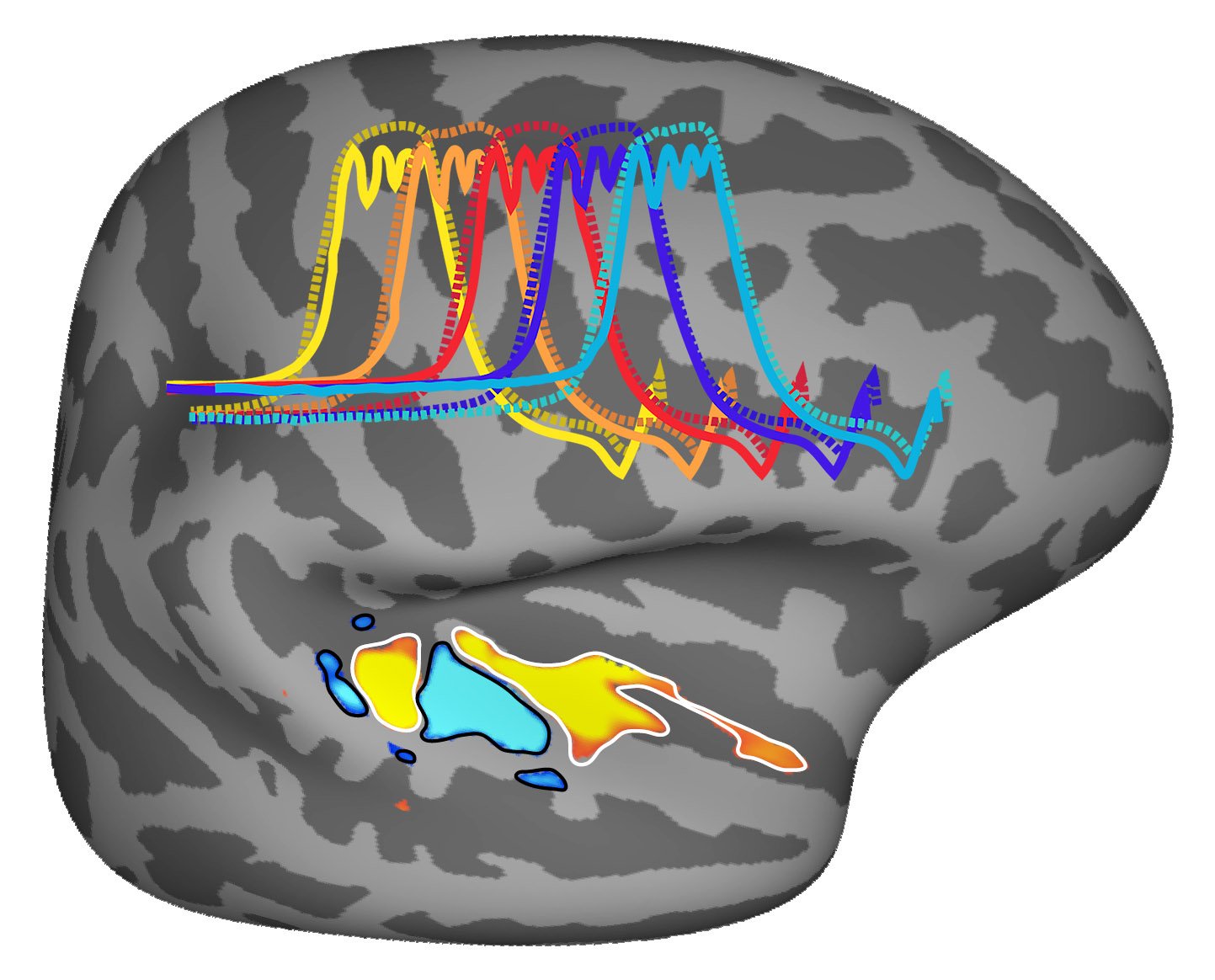 In the eternal search for understanding what makes us human, scientists found that our brains are more sensitive to pitch, the harmonic sounds we hear when listening to music, than our evolutionary relative the macaque monkey. The study, funded in part by the National Institutes of Health, highlights the promise of Sound Health, a joint project between the NIH and the John F. Kennedy Center for the Performing Arts that aims to understand the role of music in health.

“We found that a certain region of our brains has a stronger preference for sounds with pitch than macaque monkey brains,” said Bevil Conway, Ph.D., investigator in the NIH’s Intramural Research Program and a senior author of the study published in Nature Neuroscience. “The results raise the possibility that these sounds, which are embedded in speech and music, may have shaped the basic organization of the human brain.”

The study started with a friendly bet between Dr. Conway and Sam Norman-Haignere, Ph.D., a post-doctoral fellow at Columbia University’s Zuckerman Institute for Mind, Brain, and Behavior and the first author of the paper.

At the time, both were working at the Massachusetts Institute of Technology (MIT). Dr. Conway’s team had been searching for differences between how human and monkey brains control vision only to discover that there are very few. Their brain mapping studies suggested that humans and monkeys see the world in very similar ways. But then, Dr. Conway heard about some studies on hearing being done by Dr. Norman-Haignere, who, at the time, was a post-doctoral fellow in the laboratory of Josh H. McDermott, Ph.D., associate professor at MIT.

“I told Bevil that we had a method for reliably identifying a region in the human brain that selectively responds to sounds with pitch,” said Dr. Norman-Haignere,

That is when they got the idea to compare humans with monkeys. Based on his studies, Dr. Conway bet that they would see no differences.

To test this, the researchers played a series of harmonic sounds, or tones, to healthy volunteers and monkeys. Meanwhile, functional magnetic resonance imaging (fMRI) was used to monitor brain activity in response to the sounds. The researchers also monitored brain activity in response to sounds of toneless noises that were designed to match the frequency levels of each tone played.

At first glance, the scans looked similar and confirmed previous studies. Maps of the auditory cortex of human and monkey brains had similar hot spots of activity regardless of whether the sounds contained tones.

However, when the researchers looked more closely at the data, they found evidence suggesting the human brain was highly sensitive to tones. The human auditory cortex was much more responsive than the monkey cortex when they looked at the relative activity between tones and equivalent noisy sounds.

“We found that human and monkey brains had very similar responses to sounds in any given frequency range. It’s when we added tonal structure to the sounds that some of these same regions of the human brain became more responsive,” said Dr. Conway. “These results suggest the macaque monkey may experience music and other sounds differently. In contrast, the macaque’s experience of the visual world is probably very similar to our own. It makes one wonder what kind of sounds our evolutionary ancestors experienced.”

Further experiments supported these results. Slightly raising the volume of the tonal sounds had little effect on the tone sensitivity observed in the brains of two monkeys.

Finally, the researchers saw similar results when they used sounds that contained more natural harmonies for monkeys by playing recordings of macaque calls. Brain scans showed that the human auditory cortex was much more responsive than the monkey cortex when they compared relative activity between the calls and toneless, noisy versions of the calls.

“This finding suggests that speech and music may have fundamentally changed the way our brain processes pitch,” said Dr. Conway.

“It may also help explain why it has been so hard for scientists to train monkeys to perform auditory tasks that humans find relatively effortless.”

Earlier this year, other scientists from around the U.S. applied for the first round of NIH Sound Health research grants. Some of these grants may eventually support scientists who plan to explore how music turns on the circuitry of the auditory cortex that make our brains sensitive to musical pitch.