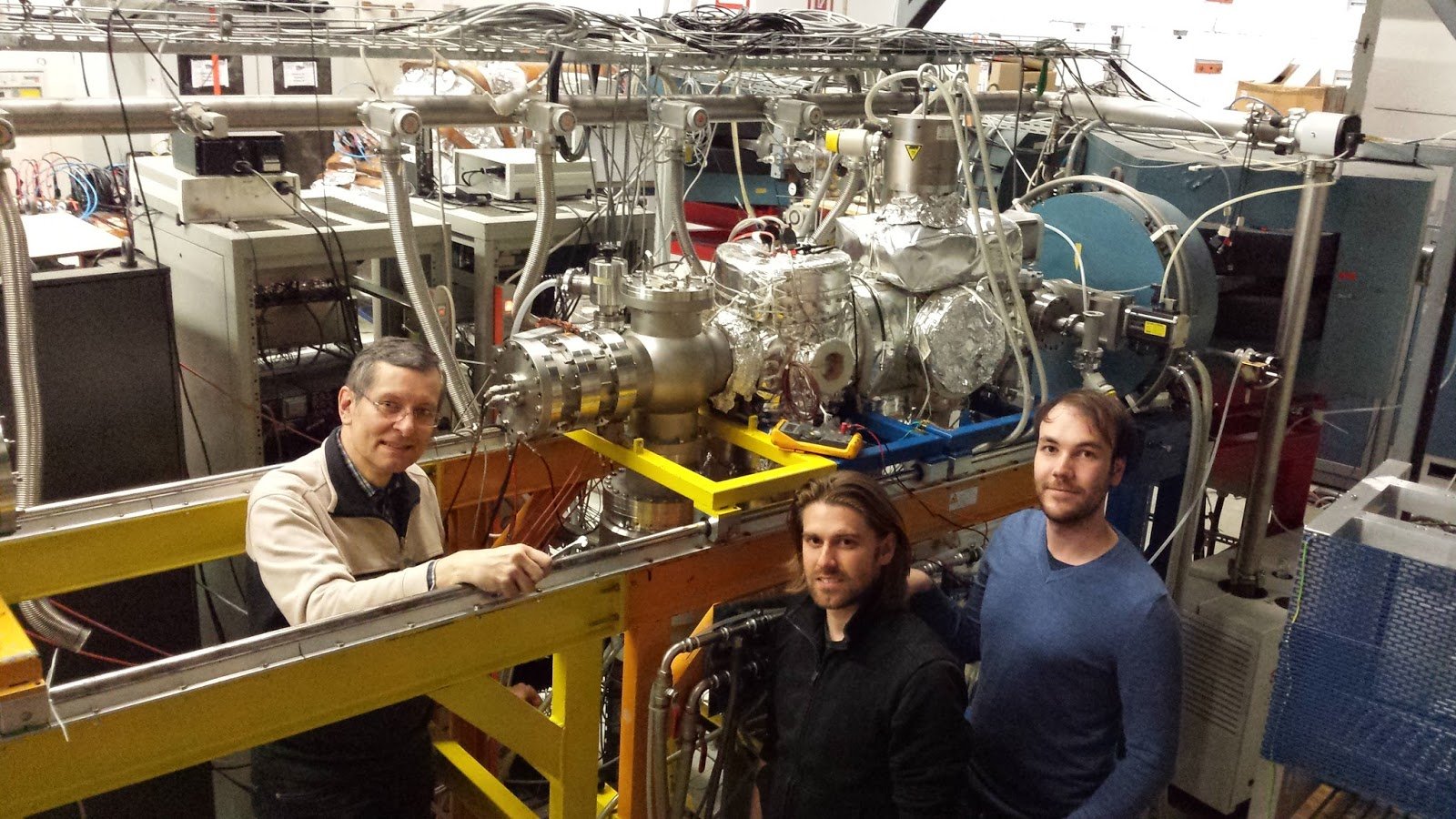 Modern atomic clocks are the most accurate measurement tools currently available. The best current instruments deviate by just one second in 30 billion years. However, even this extraordinary level of precision can be improved upon. Indeed, a clock based on an excited nuclear state of thorium-229 should make it possible to enhance timing accuracy by another order of magnitude. Now a research team led by Ludwig-Maximilians-Universitaet (LMU) in Munich physicist Peter Thirolf, in collaboration with colleagues at the Max Planck Institute for Nuclear Physics in Heidelberg, the GSI Helmholtzzentrum für Schwerionenforschung in Darmstadt, Mainz University, Helmholtz Institute Mainz, the University of Bonn and the Technical University of Vienna has taken an important step towards such a clock. Indeed, the new study is featured on the title page of the leading journal Nature. In the paper, the authors report that they have succeeded in quantifying the energy released by the decay of the excited thorium-229 nucleus, which is an essential prerequisite for the realization of a thorium-based nuclear clock.

Unlike current atomic clocks, which make use of oscillations in the outer electron shells of atoms, nuclear clocks employ oscillations within the nucleus as their timekeeper. In both cases, the oscillations are the product of transitions between defined energy levels, which can be excited by laser light of a specific wavelength. Typically, the energies required to excite oscillations in the vast majority of atomic nuclei are orders of magnitude higher than those required to stimulate transitions in the orbital shells of electrons – which precludes the use of conventional lasers for this purpose. However, there is only one viable candidate for the development of a nuclear clock – the thorium-229 nucleus. Its excited state is located at an energy that is by far the lowest of any state found in the approximately 3800 currently known atomic nuclei. Irradiation with UV light, which is within the capability of lasers now available, is sufficient to populate this excited state.

However, up to now, the precise energy required to generate the excited thorium-229 has remained unknown.

“To induce the nuclear transition, the wavelength of the laser light must be tuned to match the transition energy exactly. We have now succeeded in measuring this precisely for the first time,” says Benedict Seiferle, lead author of the new paper.

For these measurements, carried out at LMU, the authors of the study made use of the doubly charged thorium-229 cation. Sources providing this cation in the excited nuclear state were developed in Mainz and then placed inside of a dedicated ion trap developed at LMU. The excited state of the cation has a lifetime of hours. This is relatively long for an excited nuclear state and is crucial for the future development of the clock, but it hampers measurement of the decay energy.

“This long lifetime means that decay to the ground state occurs only rarely. As measurement of this decay was the goal of our experiment, we exploited the fact that decay occurs rapidly when the cations are given the opportunity to collect the missing electrons,” says Seiferle.

To provide electrons, Seiferle and colleagues guided the ions through a layer of graphene. On its way through this layer, each ion picks up two electrons and emerges as a neutral atom on the other side. Thanks to this controlled neutralization step, the excited state then decays to the ground state within a few microseconds. The neutralized atoms expel an electron from an outer atomic shell, thus generating a positively charged thorium-229 ion.

The kinetic energy of the free electron depends on the excitation energy of the nuclear state and is determined using an electron spectrometer. However, this energy is only a fraction of the energy used to generate the excited nuclear state. The rest remains in the thorium-229, which renders the interpretation of the resulting spectra complex. To get around this problem, the authors based at the Max-Planck Institute for Theoretical Physics in Heidelberg calculated the spectra to be expected. With the aid of these predictions, and in collaboration with their colleagues in Vienna and Bonn, the team in Munich was then able to determine the energy actually associated with the decay of the excited nuclear state.

The result indicates that the thorium-229 nucleus can be excited to this level by irradiation with laser light at a wavelength of around 150 nanometers. Now lasers specifically designed to emit in this wavelength range can be constructed. This step will bring the first nuclear clock a great deal closer to practical realization. The researchers believe that a thorium-based nuclear clock will open up new avenues in the basic sciences, but will also find many applications, which only become possible on the basis of extremely precise measurements in the time domain.