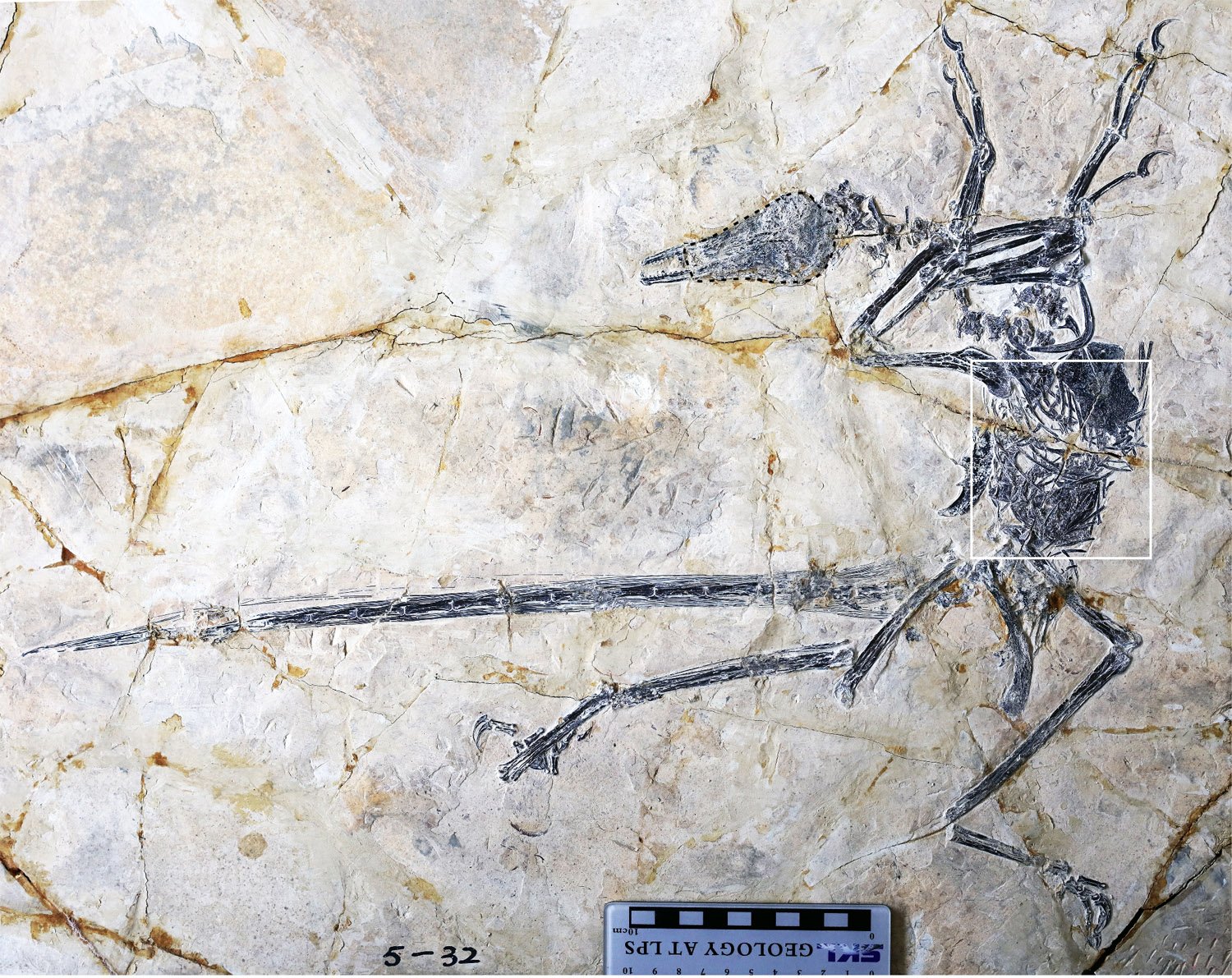 A team of paleontologists led by Prof. Jingmai O’Connor from the Institute of Vertebrate Paleontology and Paleoanthropology (IVPP) of the Chinese Academy of Sciences, together with researchers from the Shandong Tianyu Museum of Nature, have discovered a new specimen of the volant dromaeosaurid Microraptor zhaoianus with the remains of a nearly complete lizard preserved in its stomach. Their findings were published in Current Biology.

The lizard is unlike any previously known from the Cretaceous and represents a new species, Indrasaurus wangi. The lizard was named after Prof. WANG Yuan from IVPP, who is also director of the Paleozoological Museum of China. Prof. WANG is an expert on the paleoherpetofauna of China and has been in charge of numerous exhibitions of Chinese fossils.

The name Indrasaurus was inspired by a Vedic legend in which the god Indra was swallowed by a dragon during a great battle (the dragon here referring to Microraptor).

Dr. DONG Liping, a former student of Prof. WANG’s, ran the most extensive phylogenetic analysis of Cretaceous lizards ever conducted and showed that all known Cretaceous species were more closely related to each other than to any modern lineage. The new lizard had teeth unlike any other previously known from the Jehol Biota, thus expanding the diversity of this clade and possibly suggesting a unique diet for this new species.

This is the fourth documented occurrence of a Microraptor preserving stomach contents – this dinosaur is now known to have fed on mammals, birds, fish, and lizards, supporting the interpretation that it was an opportunistic predator.

The lizard is nearly complete and articulated, showing that it was swallowed whole and head first, meaning that Microraptor fed in a manner similar to living carnivorous birds and lizards.

Although the Jurassic troodontid Anchiornis has been recently demonstrated to have egested pellets similar to extant carnivorous birds (most famously documented in owls), this ability was apparently absent in Microraptor, further adding to the evidence that the evolutionary transition from dinosaur to bird was characterized by extreme homoplasy – that is, numerous traits evolved multiple times independently in closely related groups.

The authors used these relationships to reconstruct the first Jehol food web. Although certainly preliminary, this food web indicates that fish formed the most important food source for secondary and tertiary consumers. This food web can be used in the future to better understand the Jehol ecosystem.