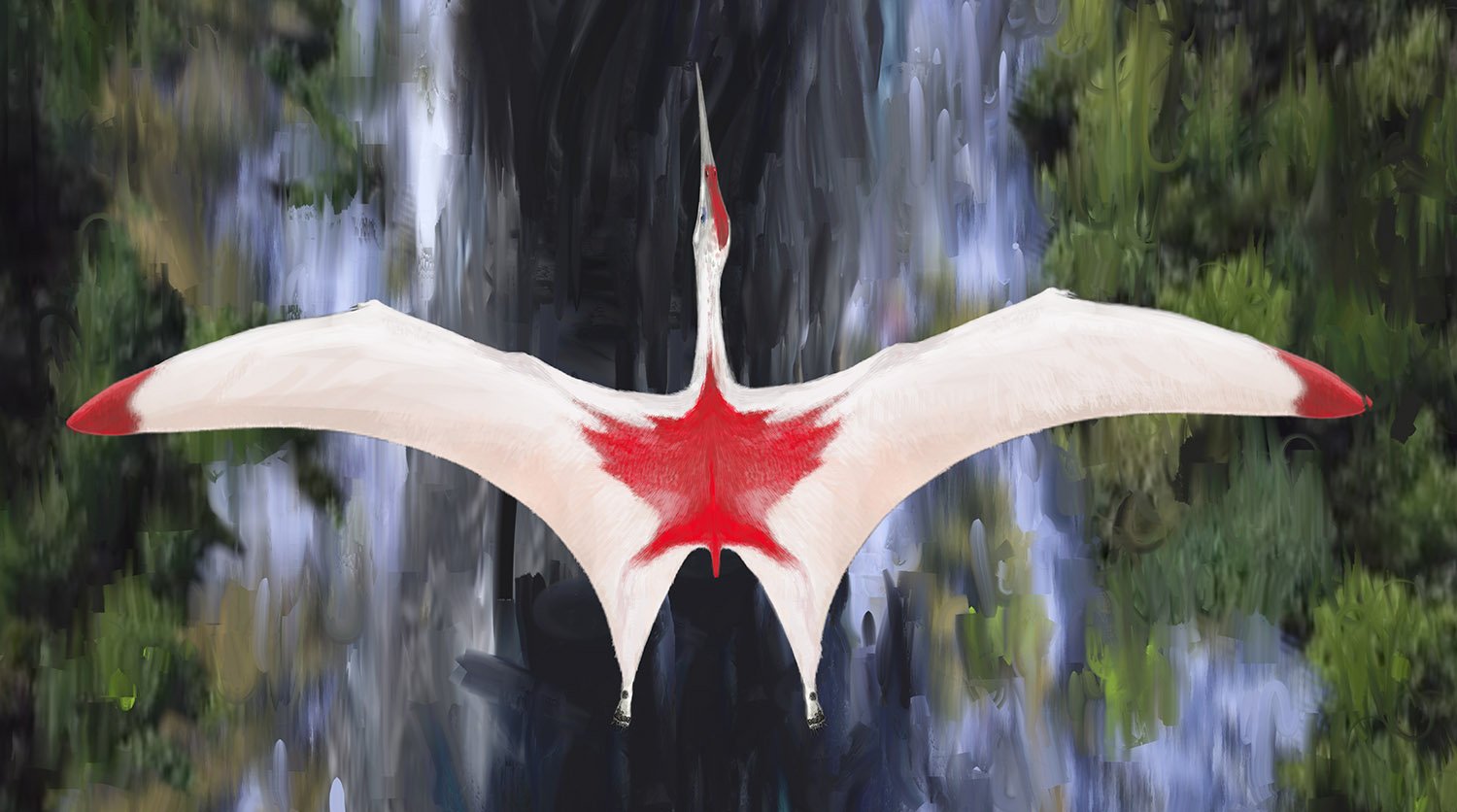 Cryodrakon boreas, from the Azhdarchid group of pterosaurs (often incorrectly called ‘pterodactyls’), was a flying reptile with a wingspan of up to 10 metres which lived during the Cretaceous period around 77 million years ago.

Its remains were discovered 30 years ago in Alberta, Canada, but palaeontologists had assumed they belonged to an already known species of pterosaur discovered in Texas, USA, named Quetzalcoatlus.

The study, published in the Journal of Vertebrate Paleontology, reveals it is actually a new species and the first pterosaur to be discovered in Canada.

Dr David Hone, lead author of the study from Queen Mary University of London, said: “This is a cool discovery, we knew this animal was here but now we can show it is different to other azhdarchids and so it gets a name.”

Although the remains – consisting of a skeleton that has part of the wings, legs, neck and a rib – were originally assigned to Quetzalcoatlus, study of this and additional material uncovered over the years shows it is a different species in light of the growing understanding of azhdarchid diversity.

The main skeleton is from a young animal with a wingspan of about 5 metres but one giant neck bone from another specimen suggests an adult animal would have a wingspan of around 10 metres.

This makes Cryodrakon boreas comparable in size to other giant azhdarchids including the Texan Quetzalcoatlus which could reach 10.5 m in wingspan and weighed around 250 kg.

Like other azhdarchids these animals were carnivorous and predominantly predated on small animals which would likely include lizards, mammals and even baby dinosaurs.

Dr Hone added: “It is great that we can identify Cryodrakon as being distinct to Quetzalcoatlus as it means we have a better picture of the diversity and evolution of predatory pterosaurs in North America.”

Unlike most pterosaur groups, azhdarchids are known primarily from terrestrial settings and, despite their likely capacity to cross oceanic distances in flight, they are broadly considered to be animals that were adapted for, and lived in, inland environments.

Despite their large size and a distribution across North and South America, Asia, Africa and Europe, few azhdarchids are known from more than fragmentary remains. This makes Cryodrakon an important animal since it has very well preserved bones and includes multiple individuals of different sizes.