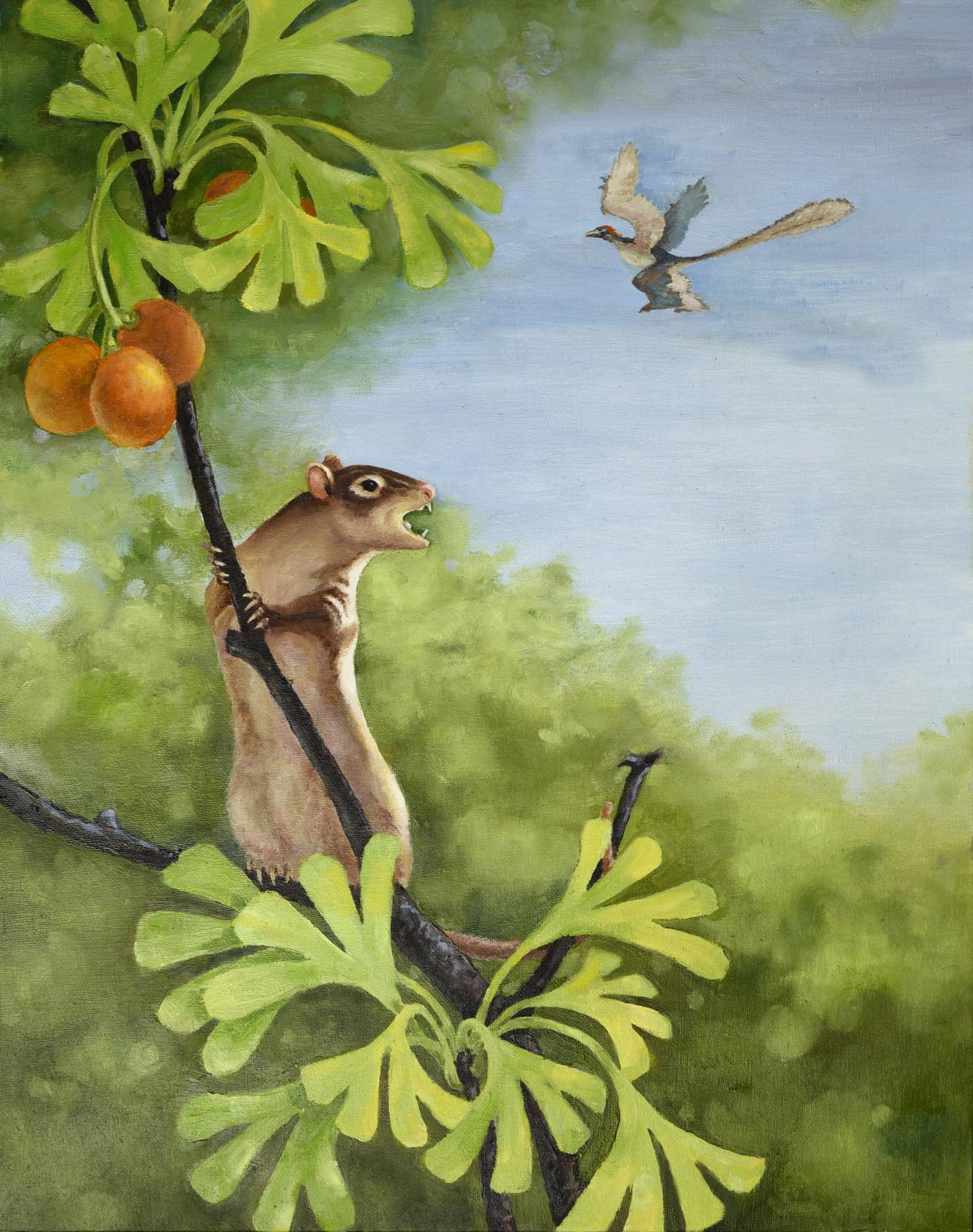 Researchers from the Institute of Vertebrate Paleontology and Paleoanthropology (IVPP) of the Chinese Academy of Sciences and the American Museum of Natural History (AMNH) have reported a new species of multituberculate – a type of extinct Mesozoic “rodent” – with well-preserved middle ear bones from the Cretaceous Jehol Biota of China. The findings were published in Nature on November 27.

The new mammal, Jeholbaatar kielanae, has a middle ear that is distinct from those of its relatives. WANG Yuanqing and WANG Haibing from IVPP, along with MENG Jin from AMNH, proposed that the evolution of its auditory apparatus might have been driven by specialization for feeding.

Fossil evidence shows that postdentary bones were either embedded in the postdentary trough on the medial side of the dentary or connected to the dentary via an ossified Meckel’s cartilage in early mammals, prior to their migration into the cranium as seen in extant mammals.

Detachment of the mammalian middle ear bones from the dentary occurred independently at least three times. But how and why this process took place in different clades of mammals remains unclear.

The Jeholbaatar kielanae specimen was discovered in the Jiufotang Formation in China’s Liaoning Province. It displays the first well-preserved middle-ear bones in multituberculates, providing solid evidence of the morphology and articulation of these bony elements, which are fully detached from the dentary.

It reveals a unique configuration with more complete components than those previously reported in multituberculates. The new fossil reveals a transitional stage in the evolution of the surangular – a “reptilian” jawbone.

In light of current evidence, scientists argue that the primary (malleus-incus) and secondary (squamosal-dentary) jaw joints co-evolved in allotherians, allowing a distinct palinal (anteroposterior) jaw movement while chewing. Selective pressure to detach the middle ear bones could have been stronger in order to increase feeding efficiency, suggesting that evolution of the middle ear was probably triggered by functional constraints on the feeding apparatus in allotherians.