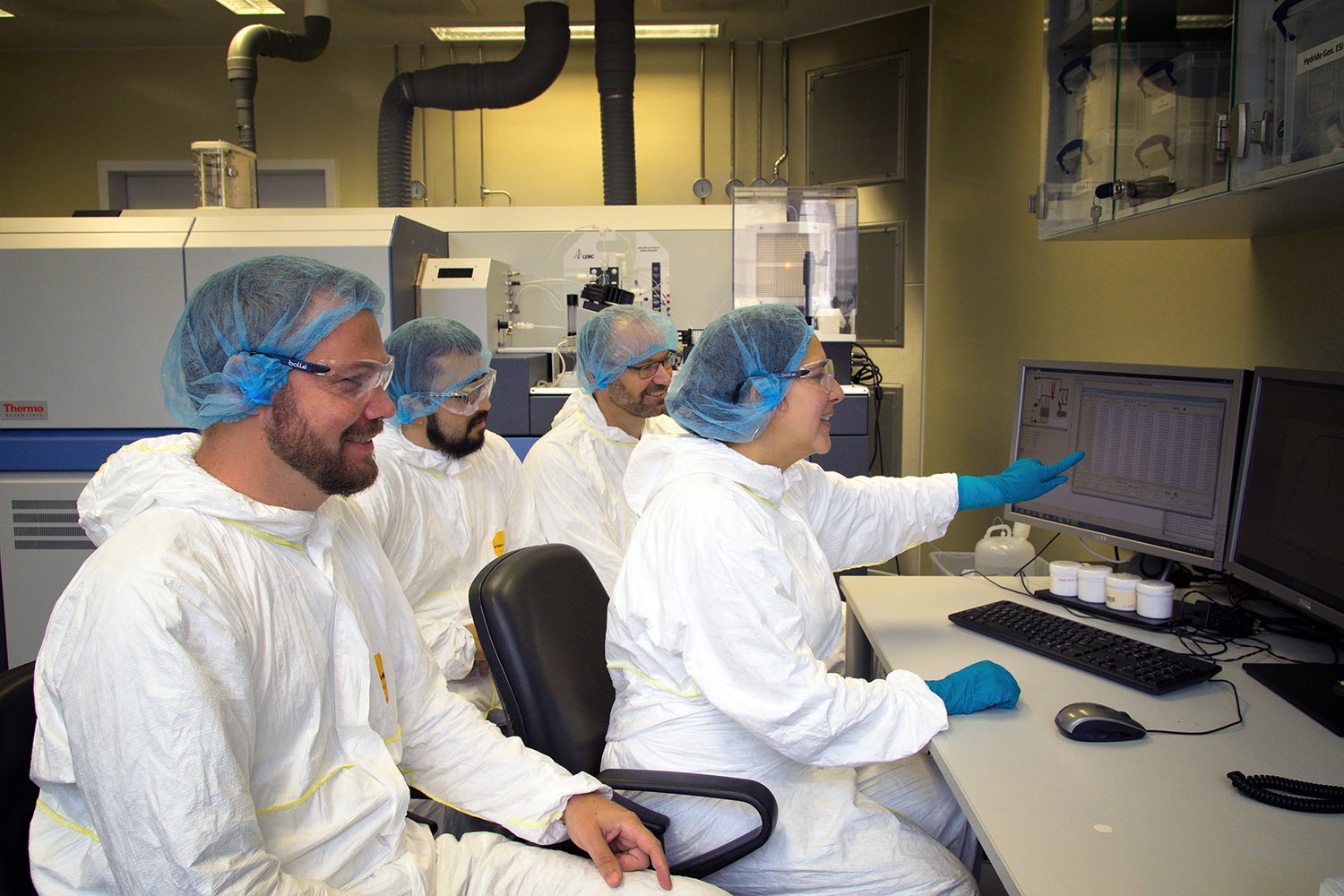 geoMeteorites from the far reaches of the Solar System delivered large amounts of water, carbon and volatile substances to the Earth. Only then could the Earth host life. Dr. María Isabel Varas-Reus, Dr. Stephan König, Aierken Yierpan and Professor Dr. Ronny Schönberg from Tübingen University’s Isotope Geochemistry Group, and Dr. Jean-Pierre Lorand from the Université de Nantes, provide evidence for this scenario in a new study. Using a method recently developed at the University of Tübingen, the researchers measured selenium isotopes in rocks derived from the Earth’s mantle. Identical isotope signatures in these rocks and in certain types of meteorites revealed the origin of the selenium as well as large amounts of water and other vital substances. The study has been published in the latest Nature Geoscience.

Strictly speaking, there shouldn’t be any selenium in the Earth’s mantle. “It is attracted to iron. That is why, in the early history of our planet, it went down into the iron-rich core,” Dr. María Isabel Varas-Reus explains. There was no more selenium in the Earth’s outer layer. “The previous selenium signatures were completely erased there. The selenium found in the Earth’s mantle today must therefore have been added after the formation of the Earth’s core. Geologically speaking, “at the last moment of the formation of the Earth, after our moon had also formed,” Varas-Reus adds. It’s hard to say exactly when – it could have been between 4.5 and 3.9 billion years ago.

In various places, the research team took samples of mantle rocks, which have been brought to the surface by plate tectonic processes and had remained unchanged with regard to its selenium isotope composition since the formation of the Earth. The researchers determined the isotope signature of the selenium in these rocks. Isotopes are atoms of the same chemical element with different weights. “It has been possible for some time now to measure selenium isotopes in high concentrations – for example in samples from rivers,” says Varas-Reus. “However, the selenium concentration in high-temperature rocks is very low. Samples must be dissolved out at high temperatures, and selenium is volatile. This makes the measurements difficult.” But recently it became possible to measure selenium isotopes in high-temperature rocks. Dr. Stephan König and his group of researchers developed a complex method as part of his ERC grant, the O2RIGIN project funded by the European Research Council.

It has long been suspected that meteorites added substances to the Earth’s mantle. “But we thought they were meteorites from the inner Solar System,” Varas-Reus says. “So we were very surprised that the selenium isotope signature of the Earth’s mantle closely matched a certain type of meteorite from the outer Solar System. These are carbonaceous chondrites from the Solar System beyond the asteroid belt, from the area of the planets Jupiter, Saturn, Uranus and Neptune. The selenium isotope signatures of various meteorites were collected by the geologist Dr. Jabrane Labidi, a former O2RIGIN collaborator, in a previous study.

The research team was also able to quantify what else – apart from selenium – these meteorites brought with them when they hit the early Earth. “According to our calculations, around 60 percent of the water on Earth today comes from this source. That is the only way oceans could eventually form,” says Varas-Reus. Volatile substances from the meteorites contributed to the formation of the earth’s protective atmosphere. “This created the conditions for life on Earth to develop in its present form.”