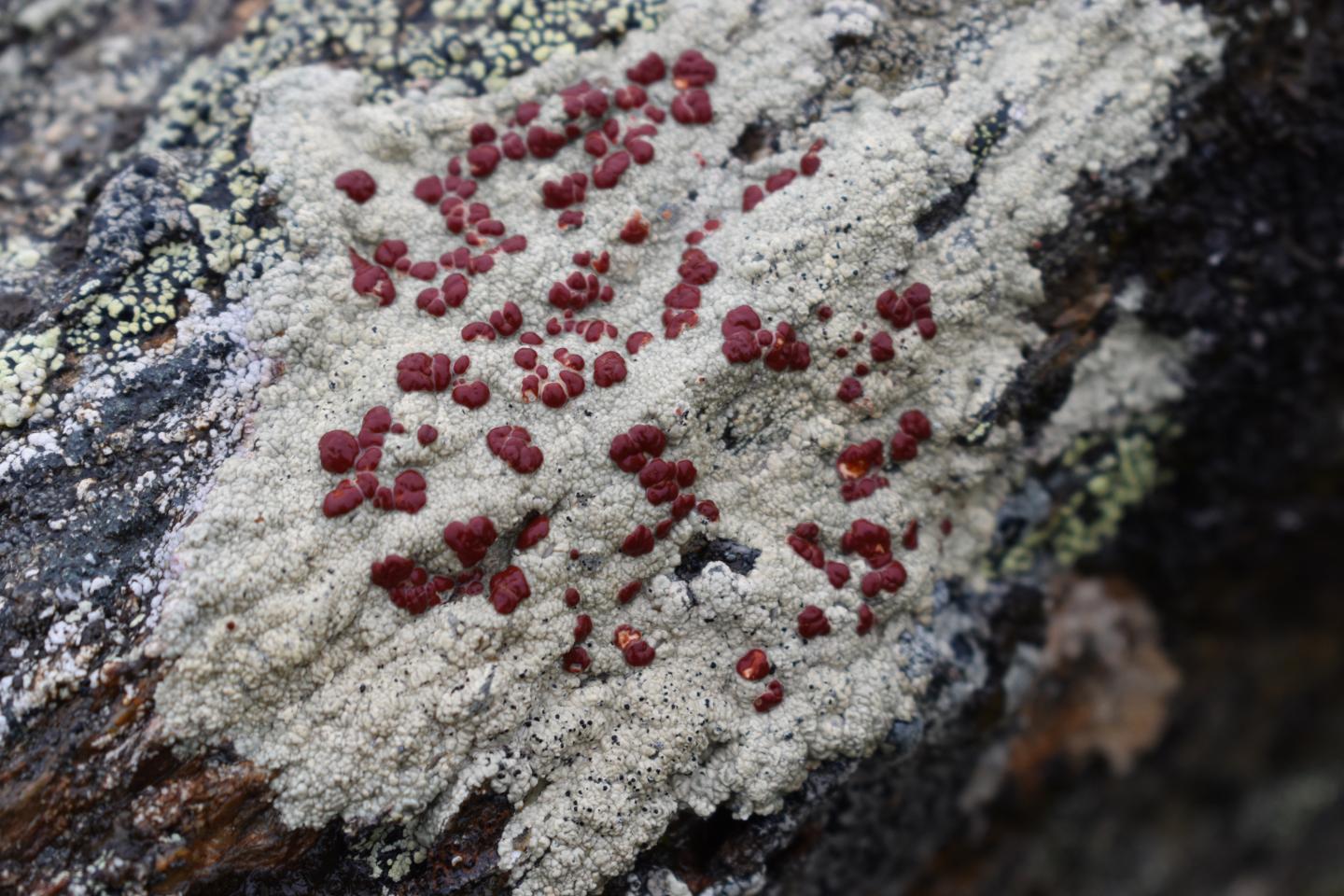 You’ve probably seen a lichen, even if you didn’t realize it. If you’ve ever meandered through the forest and wondered what the crusty stuff on trees or rocks was, they’re lichens, a combination of algae and fungi living together almost as if they were one organism. And since they can grow on bare rocks, scientists thought that lichens were some of the first organisms to make their way onto land from the water, changing the planet’s atmosphere and paving the way for modern plants. A new study in Geobiology upends this history by delving deep into the DNA of the algae and fungi that form lichens and showing the lichens likely evolved millions of years after plants.

“When we look at modern ecosystems, and we see a bare surface like a rock, oftentimes lichens are the first thing to grow there, and eventually you’ll get plants growing on there too,” says Matthew Nelsen, lead author of the paper and a research scientist at the Field Museum. “People have thought that maybe that’s the way ancient colonization of land worked, but we’re seeing that these lichens actually came later in the game than plants.”

Four hundred and eighty-five million years ago, Earth was very different from what we see today. Hardly anything lived on land. But lichens can live in extreme conditions. They can grow on bare rocks and break them down, helping to create the soil needed by complex plants with roots (called “vascular plants”). Scientists thought that lichens must have arrived on land before the vascular plants did and made the environment more hospitable. But Nelsen and his colleagues’ work calls this timeline into question.

Nelsen didn’t set out to disrupt lichen’s status as some of the land’s first colonizers. He was initially interested in finding out how the algae-fungus relationship that makes up lichens came to be. If lichens could update their relationship status on Facebook, it would definitely be “it’s complicated.” They’re a product of symbiosis, a relationship where two species live together and both benefit. In this instance, the algae – or specialized blue-green algae called cyanobacteria – provide food and the fungi wraps around it creating a shelter.

“The question of when lichens evolved and how many times fungi evolved the ability to form symbiotic relationships with algae has been a bit contentious in the past,” says Nelsen.

But to accurately determine when lichens evolved, scientists needed to examine the evolutionary history of both the fungi and algae that make them up. The early lichen fossil record isn’t very clear; it can be hard to tell lichen fossils apart from other fossils, and all the fossils that scientists know for sure are lichens are younger than the oldest complex plant fossils. So, the researchers used the fossils that were available to extrapolate the ages of family trees of lichen-forming fungi and algae. They compared these family trees with ages of fossil plants. The verdict: lichens probably evolved long after complex plants.

“Lichens aren’t as old as we thought they were. They’re a younger, newer sort of symbiosis and haven’t been around forever, covering the earth long before there were plants and animals running around,” says Nelsen.

Unearthing the age of lichens makes it clear that the pattern of modern lichens showing up on rocks before plants doesn’t mean that lichens evolved before plants.

“It provides a snapshot into what was going on deep in time on Earth, and when some of these groups started appearing,” says Nelsen.

And since lichens growing on soil can make the ground wetter, hold the soil in place, and influence the kind of nutrients present in soil, learning when lichens arrived on the scene use us a clearer picture of the world in which complex plants evolved.

By understanding what the Earth was like hundreds of millions of years ago, we can examine how it’s changed and gain more insight into the current state of our planet. For the researchers, it’s similar to the feeling you might get when learning about your family history from an ancestry DNA kit.

“It reshapes our understanding of the early evolution of complex ecosystems on Earth,” says Nelsen.