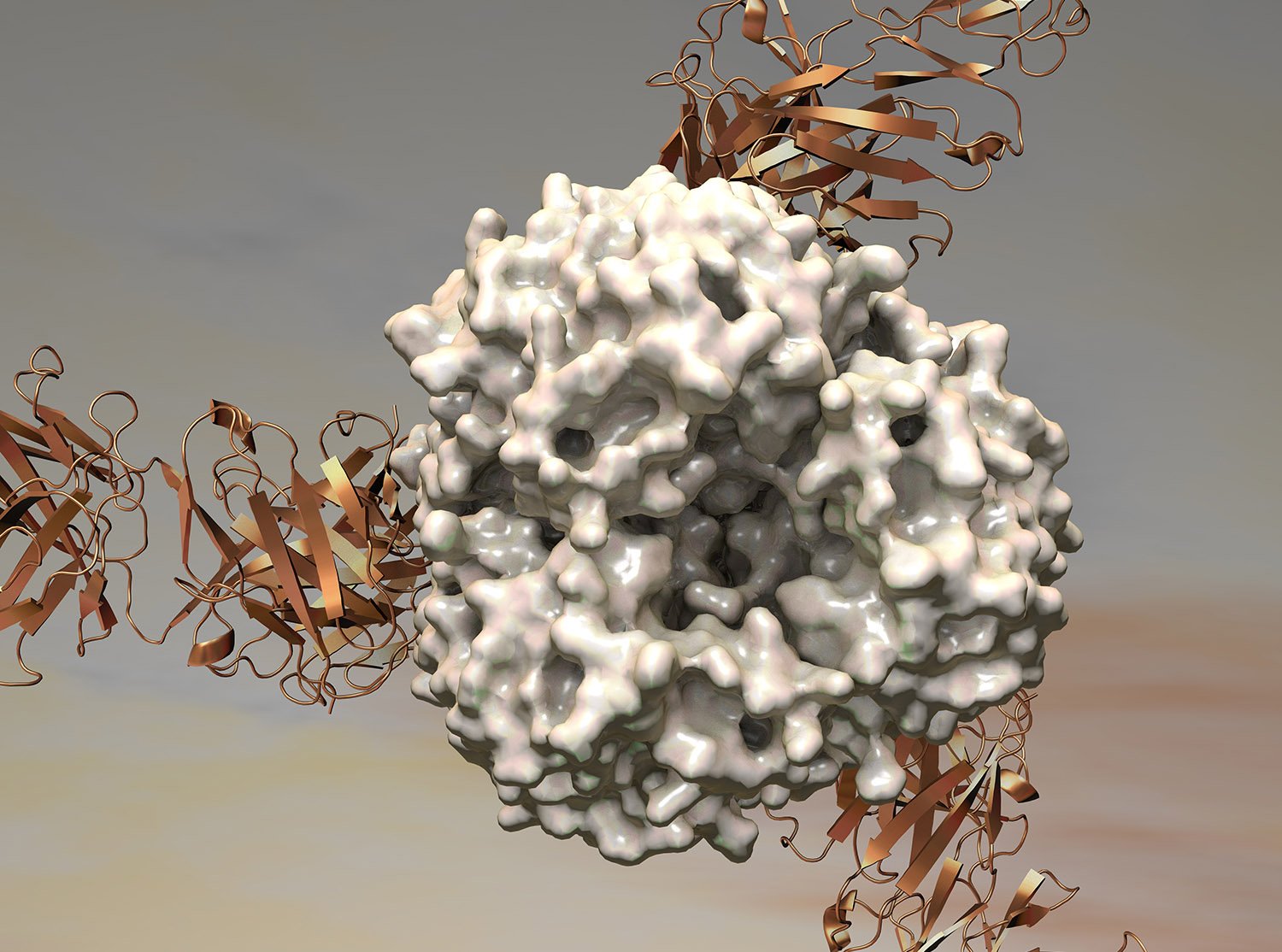 As this year’s Lassa fever outbreak in Nigeria is finally ebbing, the total tally came to more than 600 infected people, one-quarter of them dead. Thousands more die each year, uncounted in rural villages throughout West Africa. With an annual wave of infections and new viral strains emerging, it has never been more important to understand the characteristics of a broadly protective immune response in order to develop effective treatments, or better yet, a vaccine.

A new study, published in the August 8, 2019, issue of Cell by a team of researchers led by Instructor Kathryn Hastie, Ph.D., and Professor Erica Ollmann Saphire, Ph.D., at La Jolla Institute for Immunology (LJI), identified and then reverse engineered the molecular properties shared by antibodies that are particularly efficient at inactivating or “neutralizing” the virus. The team’s findings also revealed that most neutralizing antibodies bind to the same spot on the surface of Lassa virus, providing a map for rational vaccine design.

“The beauty of structural biology is that it gives you the ability to dissect the molecular details at high resolution to explain precisely how something works,” says structural immunologist Ollmann Saphire. “Once you do, you have a blueprint to engineer potent immunotherapeutics or a vaccine that elicits the desired immune response.”

Identified 50 years ago and named for the town in Nigeria where the first known cases cropped up, Lassa virus is endemic in West Africa where it infects hundreds of thousands of people every year. For the majority of infected people, symptoms are mild and the infection mostly goes undiagnosed. But in 20 percent of patients, the disease causes a more serious illness including neurological symptoms and hemorrhage, which can result in multi-organ failure and death.

A deceptively simple virus, Lassa only carries four genes and displays a single protein, the so-called glycoprotein, on its surface. The surface glycoprotein is crucial for attachment and entry of Lassa virus into cells. “Because it is the only thing that the immune system sees, it is the main target for antibodies that prevent viral infection,” says Hastie, who solved the structure of the Lassa glycoprotein in a groundbreaking effort only two years ago. Since then, the glycoprotein version engineered by the pair has become the international standard for testing candidate vaccines.

For the current study, Hastie compared the structure of three different neutralizing antibodies of varying potency–high, moderate and low–bound to the glycoprotein. The side-by-side comparison highlighted specific amino acid residues that drive high potency and enabled the researchers to precision-engineer mediocre antibodies to turn them into highly effective ones.

“Not only were we able to increase the antibody’s potency, which means you can deliver much less antibody, we were also able to make it pan-Lassa. It can hit every Lassa virus lineage characterized so far,” says Hastie.

The second part of the study explains why.

Before B cells can launch a full-blown antibody response against invading pathogens, their progenitors have undergo a tightly orchestrated, multi-step maturation process. Often compared to a miniaturized Darwinian struggle for survival, this process selectively promotes the proliferation of cells that produce high-affinity antibodies and weeds out those that produce less potent ones. The survivors undergo successive rounds of so called somatic hypermutation and selection, resulting in better and better antibodies during the course of an immune response.

Hastie and her colleagues found that in the absence of somatic hypermutation, early antibodies recognizing Lassa surface glycoprotein don’t have high enough affinity to shove a couple of sugar chains out of the way that block access to the antibodies’ binding site. When they removed the sugar chains, low affinity antibodies could bind and only needed a few hypermutations to get further to neutralization.

“Using these structures, we were able to identify which parts of the glycoprotein are actually hindering early antibody development,” says Hastie.

“It allowed us to give the immune system a leg up by crafting a glycoprotein that might be better at inducing those early antibodies to start the hypermutation process. When they encounter the native virus they have built up enough mutations to bind tightly enough to displace the glycans.”

This kind of information is crucially important for international vaccine efforts currently underway by the Coalition for Epidemic Preparedness Innovations (CEPI), which has made Lassa fever a priority disease, and many others.