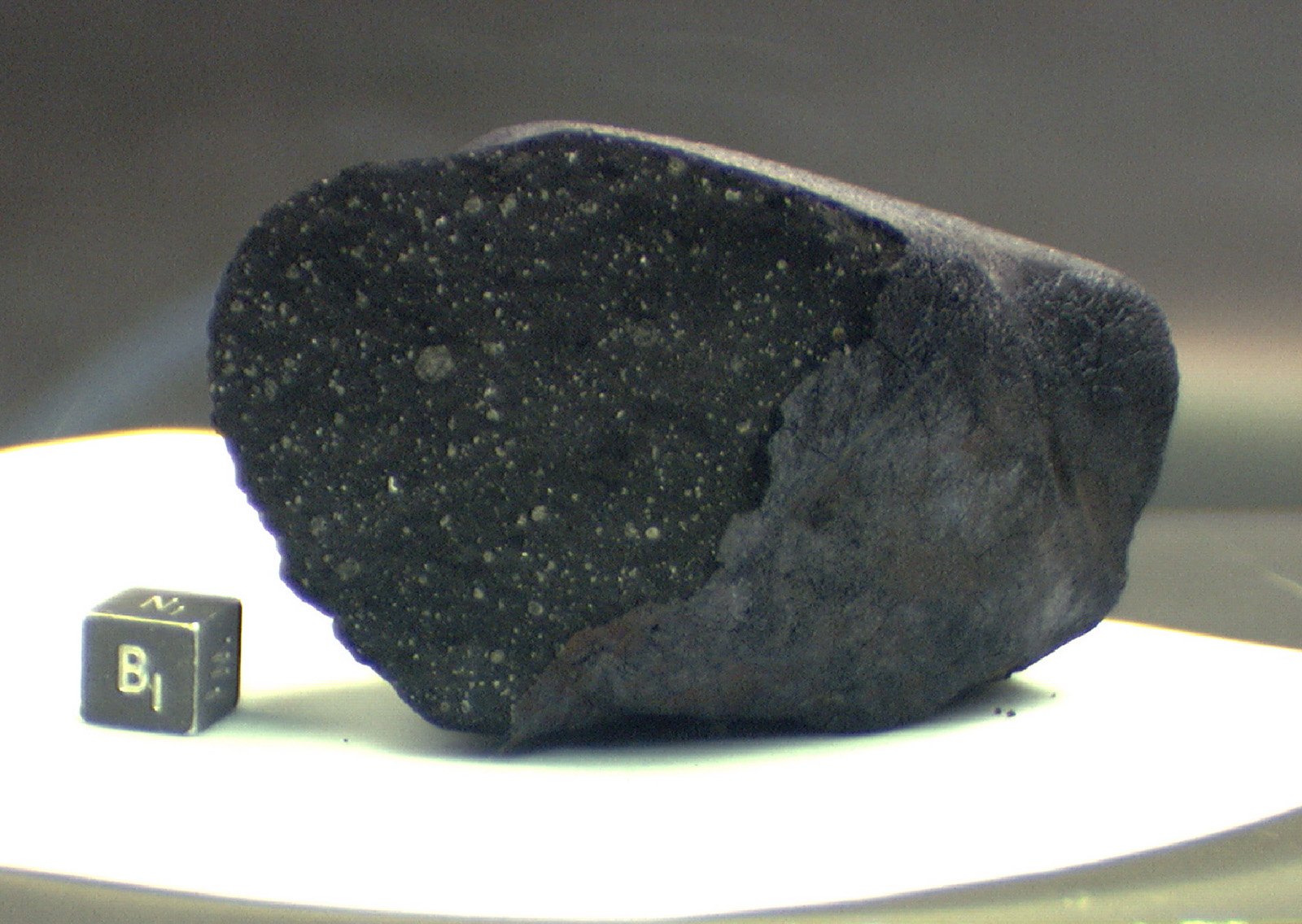 The international research team including W. Fujiya (Faculty of Science, Ibaraki University), P. Hoppe (Max Planck Institute for Chemistry in Germany), T. Ushikubo (Kochi Institute for Core Sample Research, Japan Agency for Marine-Earth Science and Technology: JAMSTEC), and Y. Sano (Atmosphere and Ocean Research Institute, The University of Tokyo) estimated the amounts of dry ice (solid carbon dioxide) contained in asteroids based on analyses of carbonate minerals in meteorites. The experimental data demonstrate for the first time that some asteroids, which are currently located in the asteroid belt, originally formed in the outer solar system (beyond Jupiter’s orbit), and that they must have later migrated inwards to their current orbit.

Most asteroids are currently concentrated in the asteroid belt between the orbits of Mars and Jupiter. Theoretical models have proposed that some of these asteroids originally formed in the cold outer solar system and were scattered and transported to their current locations in response to orbital migration of the giant planets.

These models can be tested by analyzing pieces of asteroids that fall to Earth as meteorites. The abundance of volatile species in these meteorites, such as carbon compounds, can be used a proxy for the formation temperature of asteroids and so distance from the sun.

In the present work, the team analyzed the carbon isotope ratios (ratios of carbon-13 to carbon-12) of abundant carbonate minerals in the Tagish Lake meteorite (which fell in Tagish Lake, located in the western part of Canada, in 2000). They found that carbon in the carbonate minerals was likely derived from dry ice contained in the meteorite’s parent asteroid. Furthermore, the team found that the estimated carbon isotope ratio of the dry ice and the ratio of carbon dioxide to water in the parent body were both similar to ice in comets. These results indicate that the parent body of the Tagish Lake meteorite, probably a D-type asteroid, formed in an extremely low temperature environment, farther from the sun than Jupiter, where carbon dioxide could have condensed. This D-type asteroid subsequently migrated to the asteroid belt. These are the first experimental results to have determined the process of the formation of an asteroid and its orbital evolution.

The team’s results show that carbonate minerals in meteorites can reveal the abundance of dry ice in their parent asteroid, which is in turn an good indicator of ambient temperature. Thus, it is expected that carbonate in meteorites will further help to elucidate the formation processes of asteroids. In addition, the similarity between D-type asteroids and comets indicates that information about comets as well as trans-Neptunian objects can be obtained by studying D-type asteroids, and this information will be important for future planetary exploration missions.