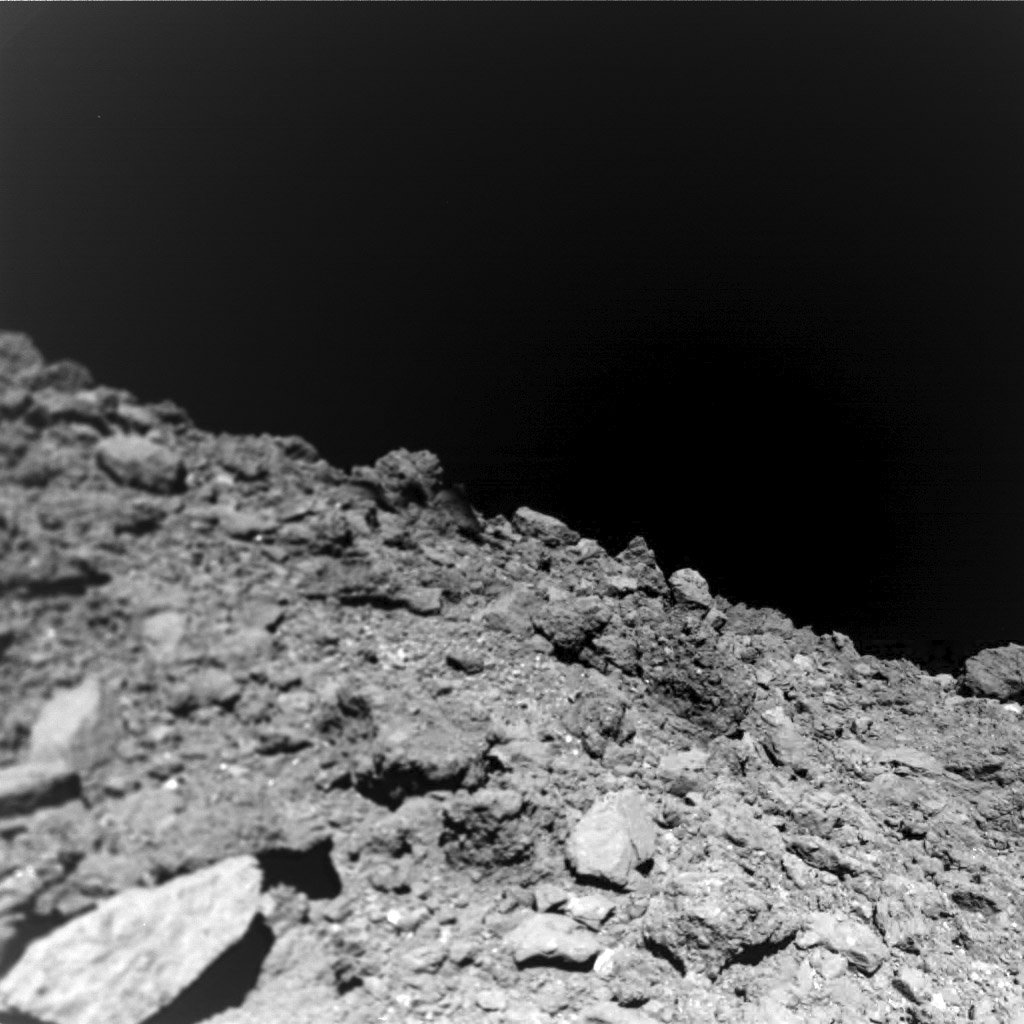 New images taken by a lander on the surface of the near-Earth asteroid Ryugu have yielded clues into the composition and origins of its rocks, which bear strong similarities to primitive meteorites called carbonaceous chondrites. The findings from Ralf Jaumann and colleagues present evidence linking the asteroid to a particular class of meteorites, supporting theories that Ryugu formed during a cataclysmic event.

The Hayabusa2 spacecraft is designed to sample rocks from Ryugu and return them to Earth, which could help scientists understand the formation of the Solar System. The main Hayabusa2 spacecraft carried a lander called the Mobile Asteroid Surface Scout (MASCOT), which was dropped onto Ryugu’s surface in October 2018.

As the lander approached the surface, its camera took images that allowed Jaumann et al. to reconstruct the trajectory of MASCOT, which descended slowly and bounced across the surface before settling. Further images taken on the surface show the asteroid is covered with rocks and boulders that fall into one of two categories: dark and rough, or bright and smooth. Both rock types are almost evenly distributed on the surface, supporting a theory that Ryugu formed from rubble that reaccumulated after an impact onto a parent body, resulting in two types of material.

Many rocks also harbor small, colored inclusions similar to those found in carbonaceous chondrites, indicating that they may contain the mineral olivine. Unexpectedly, the images showed no fine particles or dust on the surface, which would be expected to accumulate following space weathering. The authors believe there must be an unidentified physical mechanism that efficiently removes dust from the asteroid’s surface.