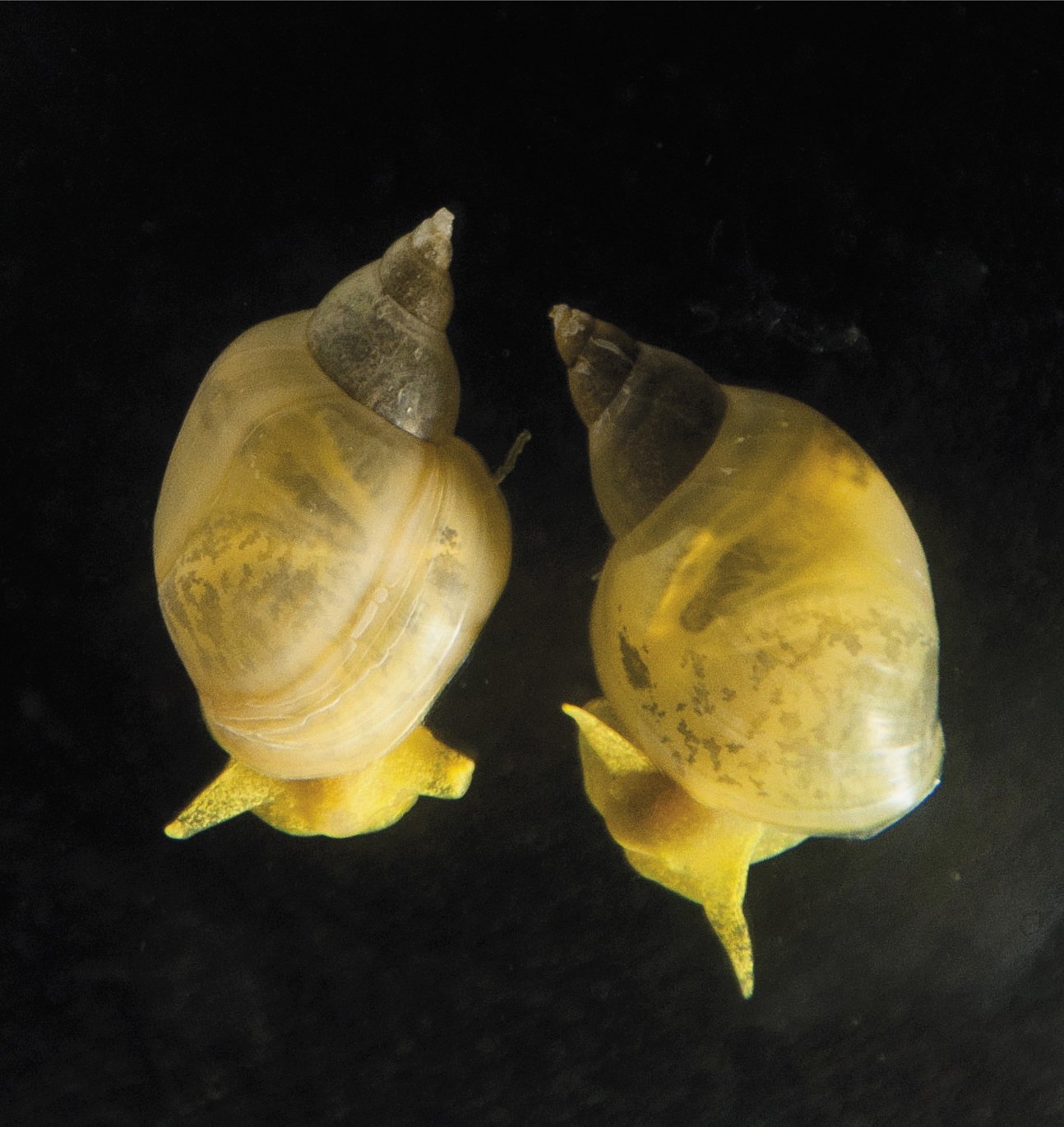 If you look at a snail’s shell, the chances are it will coil to the right. But, occasionally, you might find an unlucky one that twists in the opposite direction – as fans of Jeremy the lefty snail will remember, these snails struggle to mate with the more common rightward-coiling individuals.

This chirality (direction of coiling) of snail shells is an outward manifestation of left-right asymmetry: a phenomenon seen across animal evolution and extending to humans – your heart is (probably) on your left side, while your liver is to the right. But how does this asymmetry come about? Researchers from Japan, writing in the journal Development, think they now have a definitive answer – for one species of freshwater snail (Lymnaea stagnalis) at least.

Successfully applying CRISPR gene editing technology to molluscs for the first time, Masanori Abe and Reiko Kuroda (working at Tokyo University of Science, but recently relocated to Chubu University, Japan), have now made snails with mutations in a gene called Lsdia1, which had previously been suggested – but not conclusively proven – to be involved in snail shell coiling; snails without a functional copy of Lsdia1 produce offspring with shells that coil to the left, showing that this single gene is responsible for rightwardcoiling. Surprisingly, the researchers could see signs of asymmetry at the earliest possible stage of development – when the snail embryo was just a single cell. Moreover, the mutant snails could be reared to adults, when they produced exclusively leftward-coiling offspring. According to Kuroda: “It is remarkable that these snails with reversed coiling are healthy and fertile, and that this coiling can be inherited generation after generation (we now have 5th-generation leftward-coiling snails). Further, these results may have an implication for snail evolution and speciation – given that left- and rightward-coiling snails probably wouldn’t interbreed.”

It’s still not clear how Lsdia1 might control left-right asymmetry: the gene encodes a formin, a protein that is involved in regulating the cell’s internal skeleton, but more work is needed to understand how this influences the cellular behaviours that control handedness – which is something Kuroda and her colleagues are actively working on. But given that genes like Lsdia1 are found throughout the animal kingdom, similar mechanisms for controlling left-right asymmetry could be at play in other species – including our own.

As Kuroda says: “Although diverse mechanisms have been proposed for different animals, we think a unified mechanism, involving formins and cellular chirality, is probable”.

So while it may seem a big leap from snail shell coiling to human left-right asymmetries, it’s possible that future studies on how Lsdia1 works in snails might eventually help us understand why some babies are born with their heart on the right (which is of course the wrong) side of their chest.