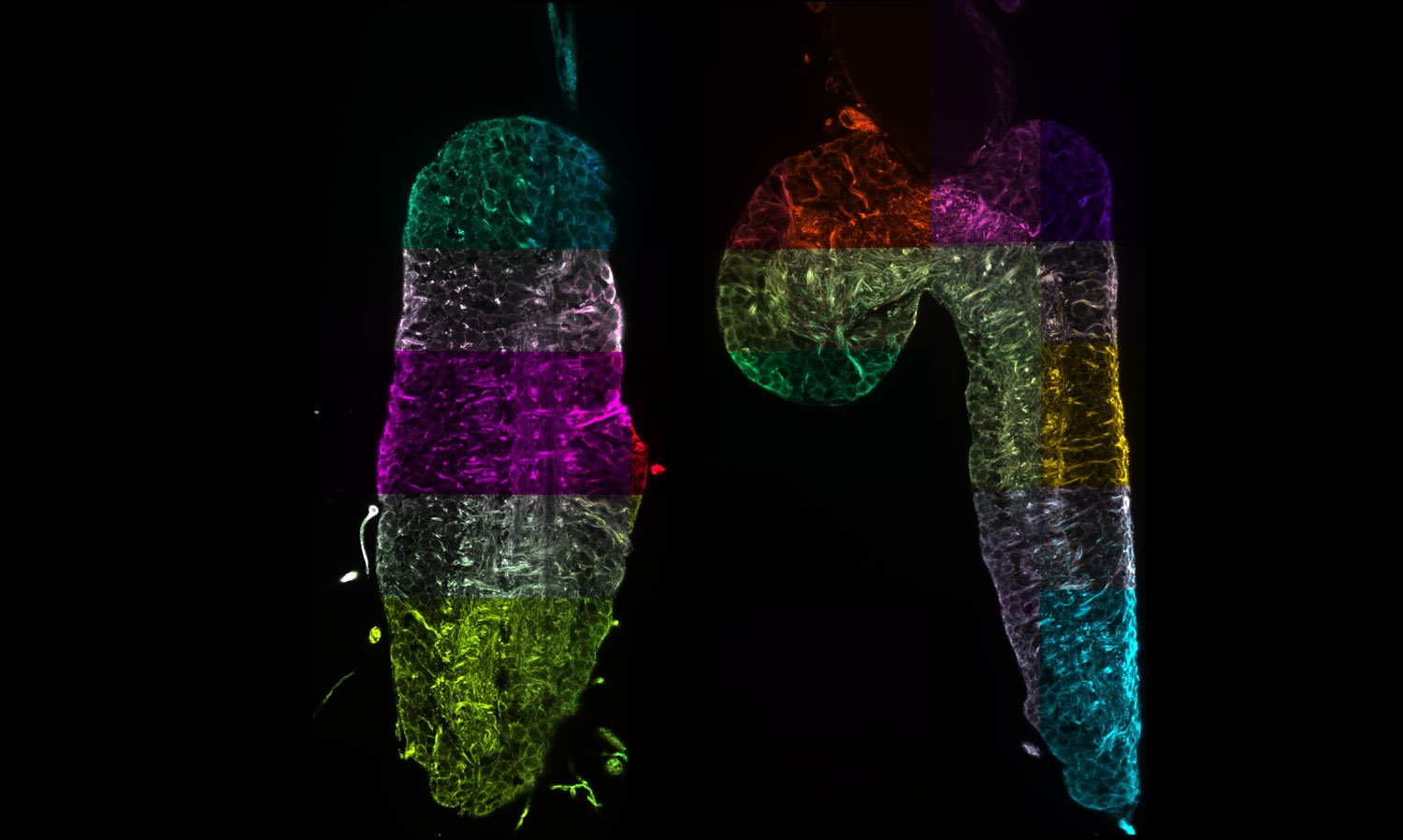 Modern light microscopic techniques provide extremely detailed insights into organs, but the terabytes of data they produce are usually nearly impossible to process. New software, developed by a team led by MDC scientist Dr. Stephan Preibisch and now presented in Nature Methods, is helping researchers make sense of these reams of data.

It works almost like a magic wand. With the help of a few chemical tricks and ruses, scientists have for a few years now been able to render large structures like mouse brains and human organoids transparent. CLARITY is perhaps the most well-known of the many different sample clearing techniques, with which almost any object of study can be made nearly as transparent as water. This enables researchers to investigate cellular structures in ways they could previously only dream of.

And that’s not all. In 2015 another conjuring trick – called expansion microscopy – was presented in the journal Science. A research team at Massachusetts Institute of Technology (MIT) in Cambridge discovered that it was possible to expand ultrathin slices of mouse brains nearly five times their original volume, thereby allowing samples to be examined in even greater detail.

The software brings orders to the data chaos

“With the aid of modern light-sheet microscopes, which are now found in many labs, large samples processed by these methods can be rapidly imaged,” says Dr. Stephan Preibisch, head of the research group on Microscopy, Image Analysis & Modeling of Developing Organisms at MDC’s Berlin Institute for Medical Systems Biology (BIMSB).

“The problem, however, is that the procedure generates such large quantities of data – several terabytes – that researchers often struggle to sift through and organize the data.”

To create order in the chaos, Preibisch and his team have now developed a software program that after complex reconstructing the data resembles somewhat Google Maps in 3D mode. “One can not only get an overview of the big picture, but can also zoom in to specifically examine individual structures at the desired resolution,” explains Preibisch, who has christened the software “BigStitcher.” Now, the computer program, which any interested scientist can use, has been presented in the scientific journal Nature Methods.

A team of twelve researchers from Berlin, Munich, the United Kingdom, and the United States were involved in the development. The paper’s two lead authors are David Hoerl, from Ludwig-Maximilians-Universitaet Muenchen, the Berlin Institute for Medical Systems Biology (BIMSB) of the MDC, as well as the MDC researcher Dr. Fabio Rojas Rusak. The researchers show in their paper that algorithms can be used to reconstruct and scale the data acquired by light-sheet microscopy in such a way that renders a supercomputer unnecessary. “Our software runs on any standard computer,” says Preibisch. “This allows the data to be easily shared across research teams.”

The development of BigStitcher began about ten years ago. “At that time, I was still a PhD student and was thinking a lot about how to best handle very large amounts of data,” recalls Preibisch. “The frameworks we created back then have helped us to successfully tackle a very current problem.” But, of course, he adds, many new algorithms were also incorporated into the software.

BigStitcher can visualize on screen the previously imaged samples in any level of detail desired, but it can also do much more. “The software automatically assesses the quality of the acquired data,” says Preibisch. This is usually better in some parts of the object being studied than in others. “Sometimes, for example, clearing doesn’t work so well in particular area, meaning that fewer details are captured there,” explains the MDC researcher.

“The brighter a particular region of, say, a mouse brain or a human organ is displayed on screen, the higher the validity and reliability of the acquired data,” says Preibisch, describing this additional feature of his software.

And because even the best clearing techniques never achieve 100 percent transparency of the sample, the software lets users rotate and turn the image captured by the microscope in any direction on screen. It is thus possible to view the sample from any angle. “This is another new feature of our software,” says Preibisch.

The zoom function allows biologists to find answers to many questions, such as: Where in the brain is cell division currently taking place? Where is RNA expressed? Or where do particular neuronal projections end? “In order to find all this out, it is first necessary to get an overview of the entire object of study, but then to be able to zoom in to view the smallest of details in high resolution,” explains Preibisch. Therefore, many labs today have a need for software like BigStitcher. The program is distributed within the Fiji framework, where any interested scientist can download and use the plug-in free of charge.