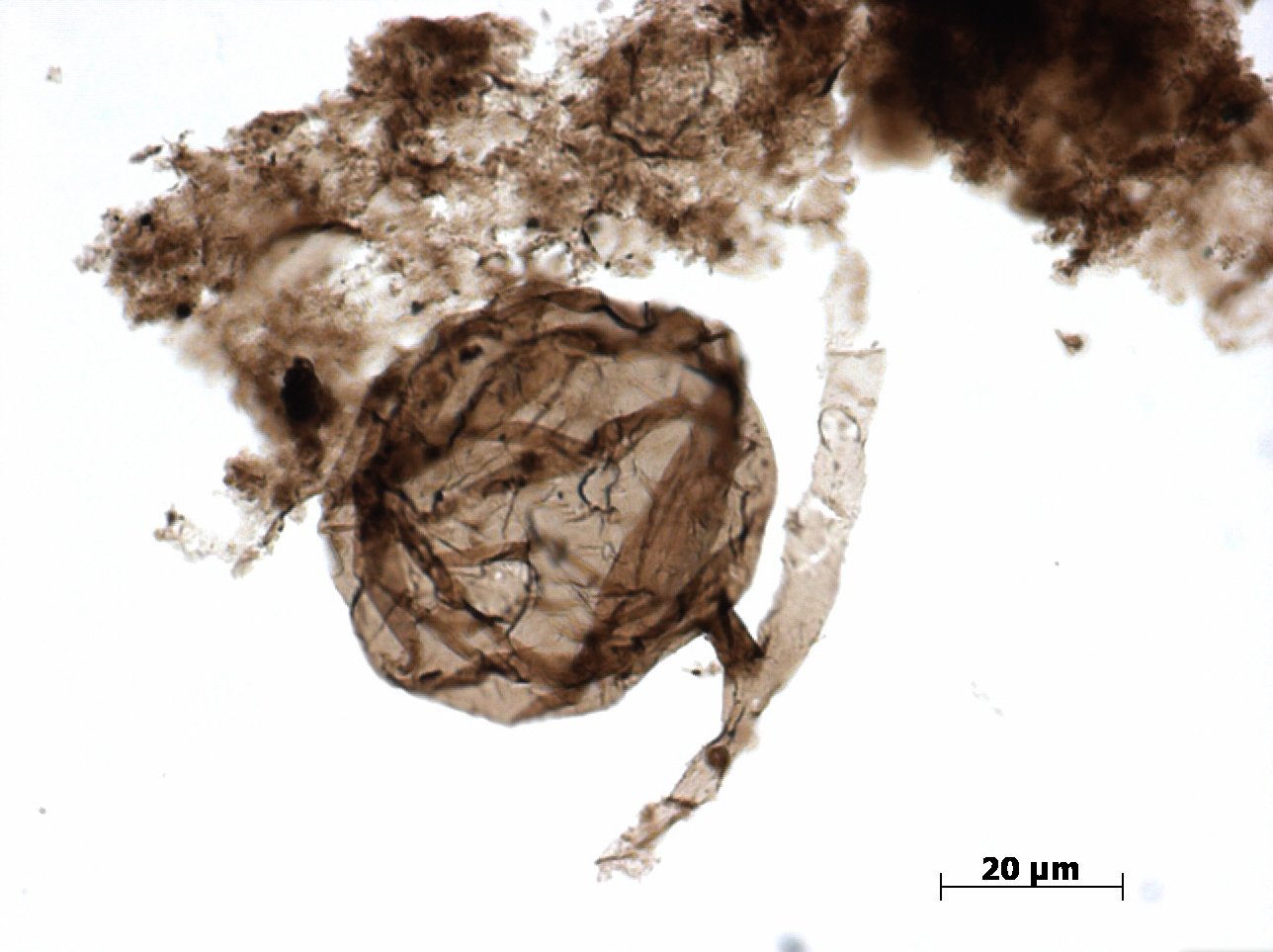 Abundant fossil fungi dating to between 1,000 and 900 million years ago, preserved in shales from Arctic Canada, are described in a paper published this week in Nature. Previous research dated the first unambiguous fossil records of fungi to before 400 million years ago. However, these new findings push back the record into mid-Proterozoic era.

Fungi are crucial components of modern ecosystems and are associated with the earliest signs of life on land. Nevertheless, fungi have been absent from the fossil record until the mid-Palaeozoic era, around 400 million years ago.

Corentin Loron, a PhD student in Prof E Javaux’s lab (Early Life Traces & Evolution-Astrobiology, ULiège) and colleagues from Belgium, France and Canada, report specimens of the organic-walled microfossil Ourasphaira giraldae preserved in estuarine shale of the Grassy Bay Formation in Northwest Territories, Canada. The authors identified septate hyphae and the presence of chitin in the cell walls of the specimens, determining that the structure of O. giraldae is characteristically fungal. This represents the earliest presence of chitin—a fibrous substance that forms fungal cell walls—in the geological record. The findings also push back the origins of opisthokonts, the eukaryotic crown group that includes animals and fungi, to much earlier than previously thought.